When it comes to accessories, oftentimes the discussion revolves around their utility. Keeping pace with growth of the auto industry, a parallel accessories / aftermarket industry has flourished. The organised and disorganised market has grown to such an extent that manufacturers and independent accessories manufacturers are both competing in the same space.

However, when it comes to aftermarket accessories, many a times price competitiveness, and the sheer attractiveness of a fitment are reason enough for buyers to respond affirmatively. And while, there’s a number of recognised design, aftermarket, and custom houses that create to boost/improve functionality, a large number of unverified custom houses too have mushroomed. 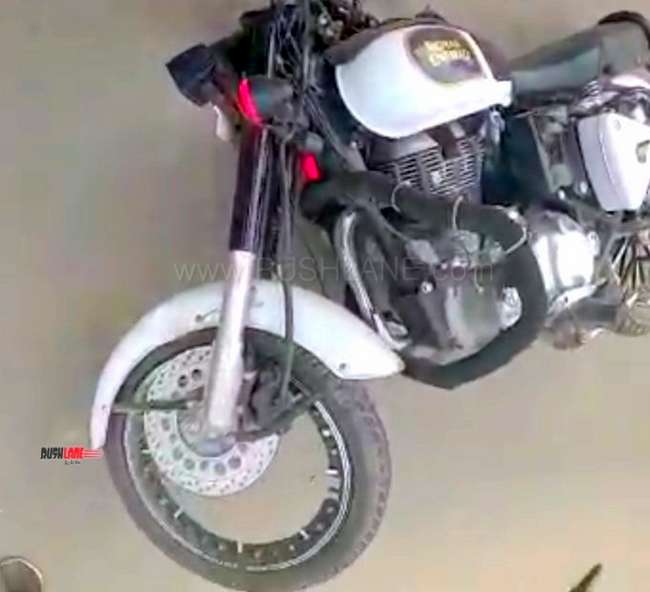 With no clear and easy path to determine quality checks, most such offerings seem to have a steady demand, and serve their purpose. However, there’s always the off chance that they don’t.

A faulty piece however is not the domain of the unorganised sector as there have been occasions when owners find their OEM certified alloys and rims cracking for no apparent reason. Mostly attributed to wrong tyre size, bad roads, tyre pressure, not checking tyre condition, not being able to spot hairline cracks on alloys as soon as they develop, corrosion, rusting, and what not.

And when it goes wrong, the situation can get really dangerous, as was experienced by the Royal Enfield rider in the video above. Riding on a smooth road, the biker, who is not even riding aggressively, suddenly falls off the bike. It takes the biker a few moments to realize what exactly happened. As soon as he sees the condition of the front alloy, whose rims have now completely come off the hub, he understands what has happened. Passersby help the biker get up and get him to the side of the road. The biker was wearing gloves and helmet, which saved him from getting fatal injuries.

To get a better perspective of the incident, we spoke with aftermarket accessories manufacturer Lluvia Industries. Their expert said, “Changing wheels of a motorcycle to aftermarket wheel is never a clever thing to do unless it is made by a reputed brand/manufacturer. Reputation of the shop alone doesn’t do much for the credibility of the product in such cases. This is because much like the engine, the wheels are classified as critical components of a motorcycle that has to go through rigorous testing and pass stringent standards, before the final check point called homologation. The aftermarket wheels may or may not have undergone such care for safety and quality, especially those which are cheap and/or come from China without a legitimate brand. It would serve a rider best if he / she avoids replacing critical components like wheels and brakes. The main reason one shouldn’t choose to modify their motorcycles with such wheels is that, despite good user reviews from internet or friends, non-branded/Chinese parts may work for some and may act out on others. It’s the result of inconsistency in manufacturing, or leniency in rejection by quality control department. The main idea riders should have in mind before modifying their bikes is, would I be able to return home safely if by chance the modified part fails on the way. One more such item is aftermarket lights. It’s not the question of possibility, it’s the question of priority.”