Royal Enfield Bobber Concept KX is being showcased at the 2018 EICMA Show only as a design study concept while no launch is being planned, at least as on date. This low slung Bobber shows off the talent of the design team and was designed from scratch in just 6 months.

Features on board the Royal Enfield Bobber Concept KX, as have been noted at the EICMA Show, include a single seat, large engine and full LED headlamps with DRLs along with alloy wheels and twin stacked exhaust. 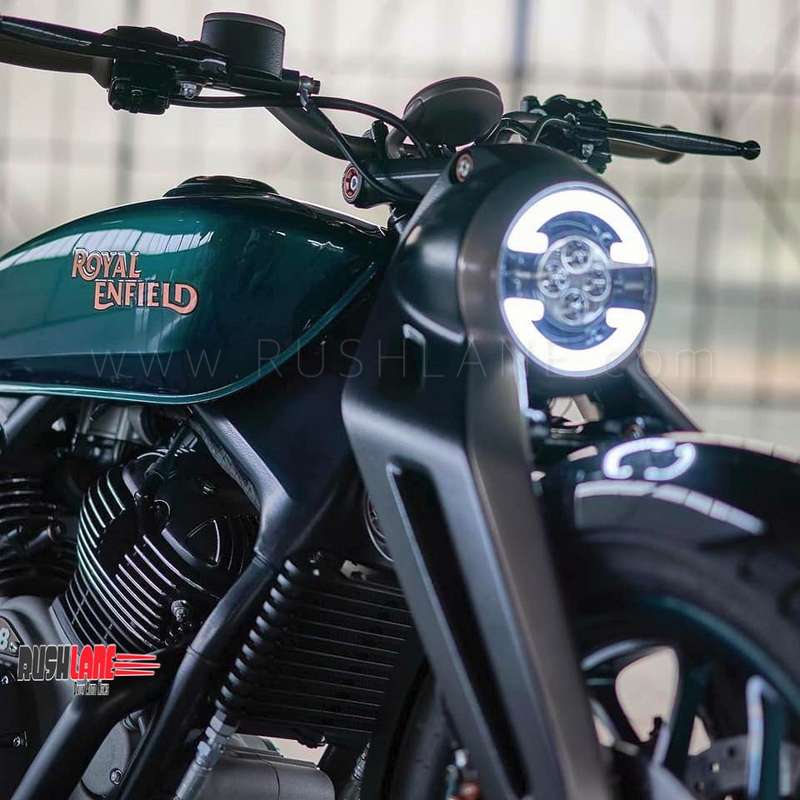 These designs are akin to those seen on the Indian Scout Bobber but are actually inspired from the 1938 RE KX. Though borrowing design elements from the older motorcycle, Royal Enfield has added a contemporary touch with a fully digital instrument cluster. The front end also sports a pleasing design.

It gets a split cradle frame, girder type forks and sits on alloy wheels fitted with Maxxis tyres. Following the same design language as seen on the 1938 model, the color scheme of dark bottle green has also been brought onto the new Bobber Concept KX. 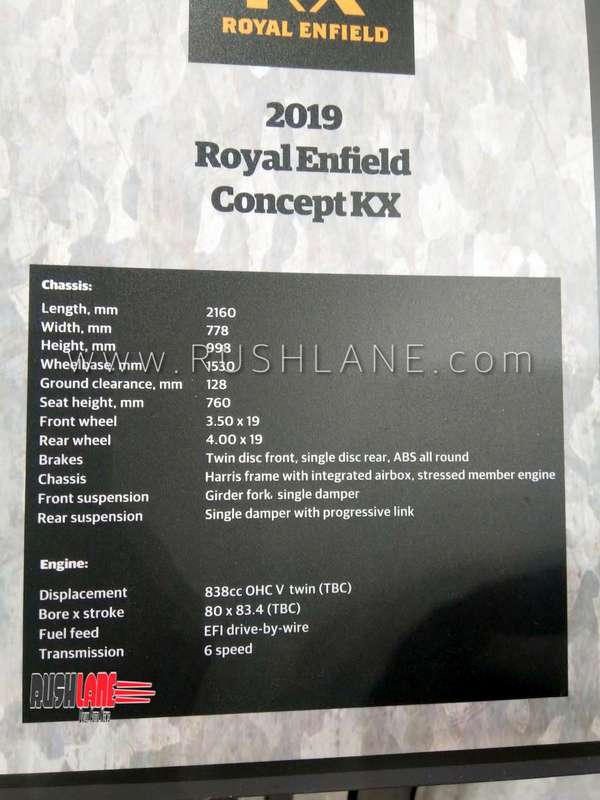 Royal Enfield Bobber Concept KX gets its power via the manufacturer’s biggest engine to date. This is an 838cc air and oil cooled V Twin engine with power being sent to rear wheel via a chain drive. However, the company has not revealed any power and torque figures. A report claims that this engine has been developed in association with Polaris Industries (Indian Motorcycles) and it delivers about 90 PS.

Suspension is via girder type front forks and monoshock at the rear, which have been positioned under the seat. Braking is via twin disc brakes on the front wheel with Bybre radial calipers and disc at the rear.

Though the Royal Enfield Bobber Concept KX is not planned for launch and is being showcased as a study to gauge response of Indian and global markets – given a favorable response, the high performance bike could enter production at a later stage. It would put the Chennai based bikemaker into a premium segment, currently commanded by the likes of the Triumphs and Harley Davidsons.