Royal Enfield Bobber 850 could be named Meteor upon launch

Royal Enfield envisions to become the largest manufacturer in the world, where motorcycles in mid size segment are concerned. Launch of the 650 Twins was a move in this direction. But this is not where they stop. In fact, RE is working on an even bigger motorcycle, powered by a 838 cc motor. This was showcased as a concept at the EICMA Motor Show a few months ago. It is yet to debut in India.

Now trademark filings have emerged, which claim that Royal Enfield has gotten a new name registered. This name is ‘Royal Enfield Meteor’. Some reports suggest that the Royal Enfield Meteor could be a new variant of the existing 650 Twins, while others indicate that the Meteor will follow the Bobber path and become the KX Concept’s production name.

Now Royal Enfield has trademarked the name ‘Meteor’ at the European patent office. The patent was filed at the end of February 2019 and was published on 3rd April. As per regulations, the company will have to undergo a 3 month waiting period till 3rd July in case other firms object to this name. Royal Enfield Meteor will be used by the bikemaker as a title for a future model, parts, fittings and riding gear and accessories. 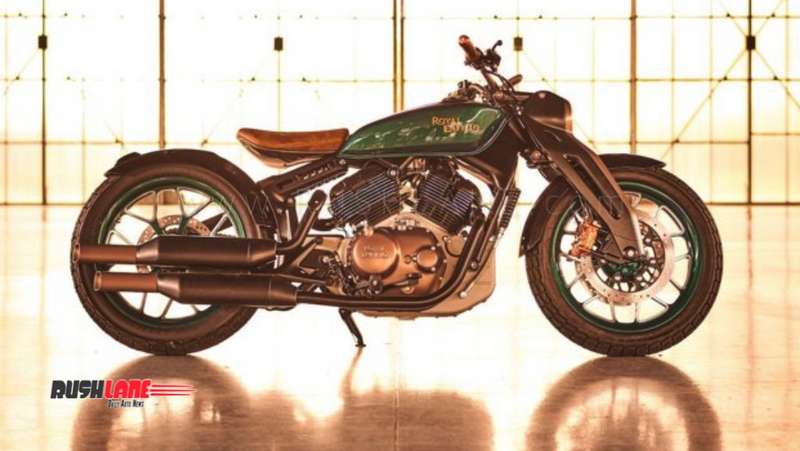 This could indicate that Royal Enfield Meteor may become an entry level 650cc motorcycle. It could boast of a retro design language, a single pod console, locally sourced tyres with steel spoke wheels and some chrome elements. Basically, a more affordable version of the RE 650 Twins currently on sale globally. The 650 cc engine is an air/liquid cooled, parallel twin unit offering 47.65 PS power at 7,100 rpm and 52 Nm torque at 4,000 rpm.

But if it is the production spec KX Bobber, Meteor will become the most powerful and biggest Royal Enfield motorcycle ever. It will be powered by a 838 cc liquid cooled parallel twin engine. It will come with dual front disc and single rear disc. Dual ABS will be on offer. Other features include all digital / analog instrument console, LED headlight with LED DRLs, LED turn indicators, LED tail lights, etc.