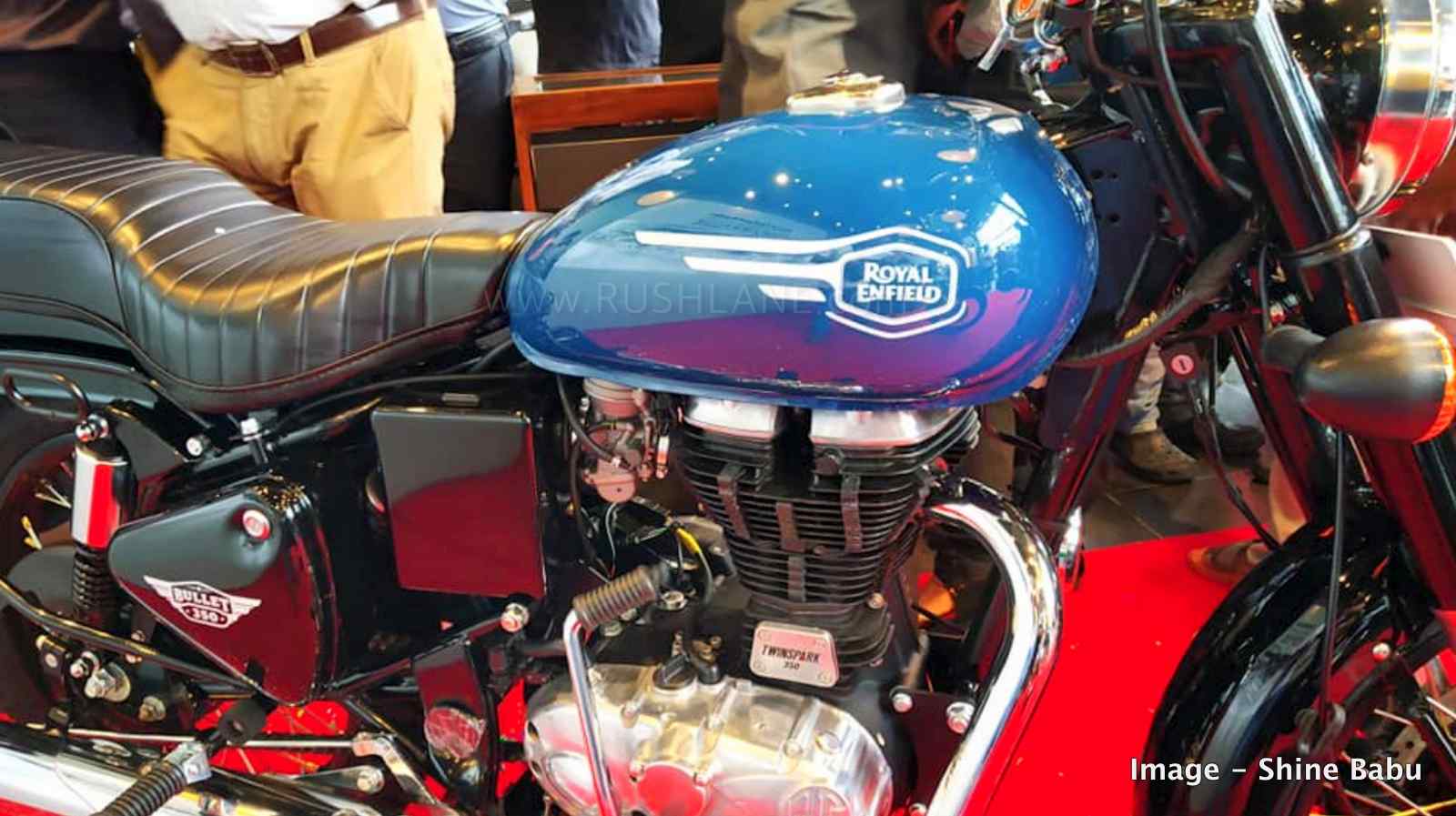 The earlier prices were introductory prices, so as to draw the attention of buyers ahead of the festive season and to aid the company in increased sales during this auspicious period. The company has not revealed reasons for this increased price but higher input costs could be one of the reasons.

These prices are for the single channel ABS versions while the Bullet 350 KS and ES are also offered in dual channel ABS which came in April 2019 following implementation of stricter safety norms. Below is the new prices vs old prices of the Royal Enfield Bullet 350.

RE Bullet, one of the oldest models in the company lineup is still a popular option especially among the masses. It appeals to buyers due to its rugged design. The Bullet 350 gets 6 colour options with the KS version offered in Bullet Silver, Sapphire Bullet Blue and Bullet Onyx Black paint. The Electric Start variant is presented in colour options of Jet Black, Regal Red and Royal Blue.

Royal Enfield has yet to detail its BS6 compliant engine lineup which would be sometime early next year. In the meantime, the Bullet 350 continues to be powered by the BS4 engine with the 346cc, air cooled, single cylinder engine offering 20.07 PS power at 5,250 rpm and 28 Nm torque at 4,000 rpm mated to a 5 speed gearbox.

The company is also planning launch of the new Classic and Thunderbird models in India which will be in a BS6 format and set to be launched ahead of the 1st April 2020 deadline. These two RE motorcycles will sport a new design which can also be expected from the Bullet 350 BS6 models.

Royal Enfield is also in the process of ramping up its retail presence, not only in domestic markets but globally as well. These new compact stores will offer sales, service and spares and will offer better accessibility to sales and spares in Tier II and Tier III towns along with enhancing the brand’s image. In domestic markets, the company opened 500 studio stores with plans to add 200-300 such stores by the end of March 2020.