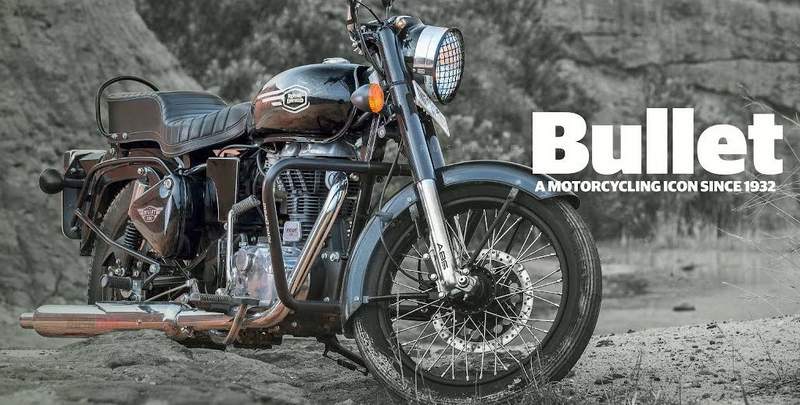 Royal Enfield, a segment leader in the 350cc and above capacity engines, recently brought in a new affordable Bullet range of motorcycles, with new paint jobs. These are called the Royal Enfield Bullet 350X. Priced at Rs.1.12 lakhs, the company has shown off this new Bullet in three new videos, each telling three different stories.

The first video shows a girl in a library late at night. As she emerges from the library she notices three boys gathered around her bike. They mean trouble but after seeing the girl donning her helmet which says Royal Enfield, they immediately realize that she is the owner of the Royal Enfield 350X.

A nod of the girl’s head makes the boys leave the bike alone, allowing the girl to ride off confidently into the darkness. In the video, the rider is seen wearing a chappal / sandal. But as per recent update, it is not allowed to wear chappal / sandal while riding a motorcycle. You can be fined Rs 1,000 for not wearing shoes while riding a two wheeler. Watch all three videos below.

The next video is of an army officer’s home where the family is gathered around the dinner table. The notification that comes on the phone calls the army officer to report to duty. He immediately dons his uniform and his wife hands him the keys to his red colored Bullet 350X on which he rides on to his waiting helicopter to perform his duties.

Last video shows the RE Bullet 350X taking to the flooded streets of Kerala. The day is stormy and cloudy but the rider is seen picking up his keys and riding into the rain filled streets on his black coloured Bullet. The road ahead is blocked with trees fallen across the path but the rider immediately takes a new route.

This new route, even though filled with potholes is undertaken with ease thanks to the power and performance of the Bullet 350X, allowing the rider, which is later identified as a doctor, to reach the camp to treat those affected by the Kerala floods. All three videos have new Royal Enfield Bullet song in the background – “Yeh Bullet Meri Jaan”.

The new Bullet 350X is offered in two variants of Kick Start (KS) and Electric Start (ES) and comes in with cosmetic updates with its earlier blacked out parts now been replaced by shining chrome. The engine is finished in black while there is no change in wheels or in mechanics. Royal Enfield Bullet 350X KS comes in three colour options of Silver, Sapphire Blue and Onyx Black while the ES variant gets Jet Black, Regal Red and Royal Blue colour options.

Engine specifications remain the same as that seen on the regular Bullet. This 346cc, air cooled, single cylinder engine with TwinSpark ignition offers 19.8 bhp power and 28 Nm torque mated to a 5 speed gearbox.