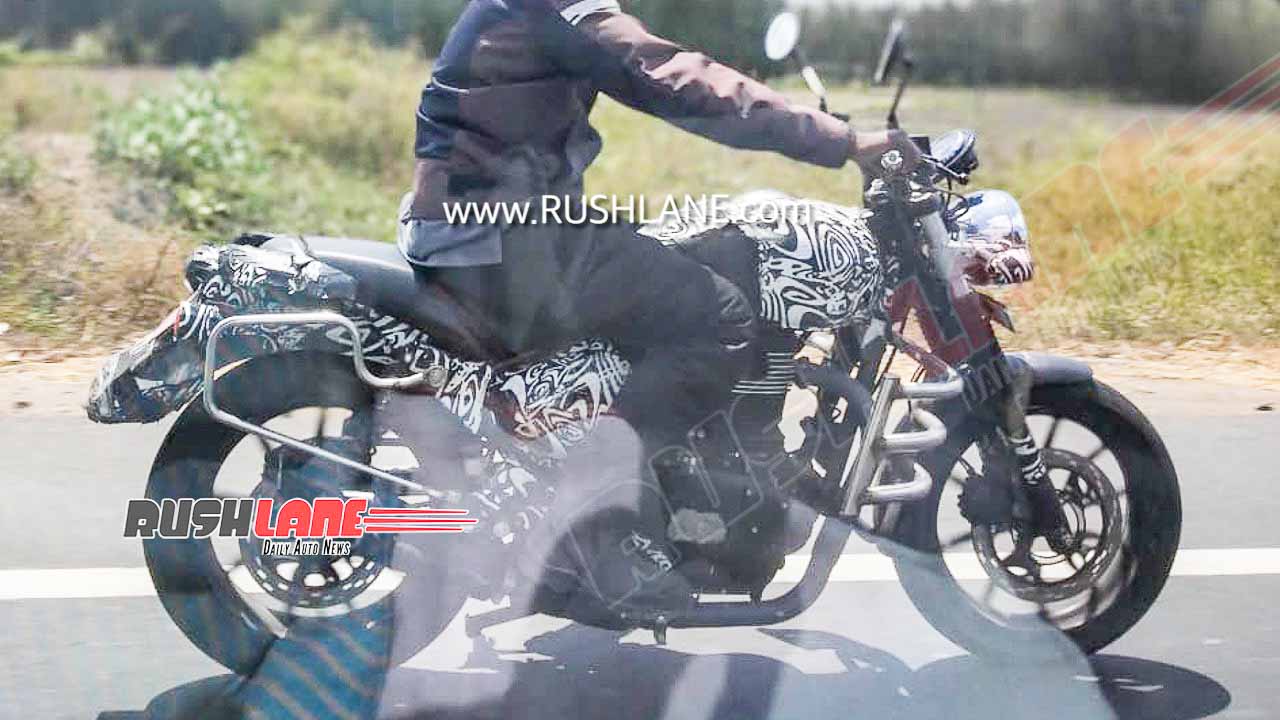 Royal Enfield has been one motorcycle manufacturer that has been able to retain its old-school charm and yet top the sales charts in the segment. While the Chennai-based bike maker has been best known to make retro-styled motorcycles, it has consciously decided to part away from this general convention. In the coming months, Royal Enfield is planning to launch a few motorcycles in modern renditions.

The company has already started working on these new products that have been in development for a very long time now. Some of them, in fact, have been recently spotted testing together on the road.

In a video uploaded on Youtube by Vilvakumar P, we can see the upcoming Meteor 350, the new generation Classic 350 and two entry-level lightweight motorcycles, which are currently being referred to as ‘Sherpa’ or ‘Hunter’. There is also a twin cylinder motorcycle in the video. Take a look at the video below. Interestingly, the video also somewhat manages to capture the exhaust note of each motorcycle.

As you can see in the video, the Classic 350 and the Meteor 350 are clearly recorded. But the other two motorcycles, which appear towards the end of the video, are barely visible. They are more like a blur, blink and you will miss type. But slow the video down, and you will be able to see the Hunter / Sherpa’s silhouette and the twin exhausts of the last test mule.

The first bike being spotted is the new generation Classic 350. With similar design and structure, The bike is an upgrade of the popular retro-styled motorcycle. Although there is no official information regarding the bike, we do know that all the new bikes will be built upon a new ‘J’ platform.

As we all know, the Meteor 350 is expected to replace the Thunderbird 350X. It is set to carry forward all attributes of Thunderbird with minor design modifications. It will also be powered by a new single-cylinder engine and it will be interesting to see whether it will be able to retain its original characteristics or not.

The Meteor is also expected to employ a new twin-cradle design frame which is expected to improve the handling and stability. The Thunderbird utilised a single downtube architecture instead.

A lightweight motorcycle was spotted which was referred to as ‘Sherpa’ although there is considerable confusion regarding the nomenclature as many have been calling it the Hunter. It should be pointed out that both names- Sherpa and Hunter have been registered by Royal Enfield. Both the trademarks could be utilised by the company for its upcoming new products. Or they could be variants of their new motorcycle.

For reference, the Sherpa was a lightweight bike manufactured by Royal Enfield in the 1960s and 70s which employed a 173cc engine. Therefore, it is more fitting that the entry-level is named ‘Sherpa’. However only time and Royal Enfield could tell us which bike will be named what.

The last RE test mule to be seen in the video can hardly be recognized, if it was not the twin exhausts. From whatever we make from the blur, it seems like the Continental GT 650. Maybe the maker is testing a new part or some sort of upgrade.