The online flash sale for Royal Enfield Classic 500 Pegasus Edition commenced exactly at 2.00 pm today. But soon after it went LIVE, the website crashed. At the time of reporting the story at 3-15 PM, the website had still not come online.

Sale of this Royal Enfield Classic Pegasus 500 limited edition motorcycle is exclusively through online bookings and will be limited to just 250 units in India, while 1000 units will be on sale in global markets.

Royal Enfield had received interests from thousands of bikers across India to buy this limited edition motorcycle. As it was first come first served, everyone interested logged on at the same time, resulting in the site to crash.

Royal Enfield Classic Pegasus 500 is priced at INR 2.49 lakhs. It draws inspiration from the Flying Flea motorcycles used during World War II by the British army. It is offered exclusively in Service Brown color scheme as government regulations do not allow a military green color for motorcycles to be used by civilians in the country. However, in international markets, the Olive Drab paint scheme will be on offer. 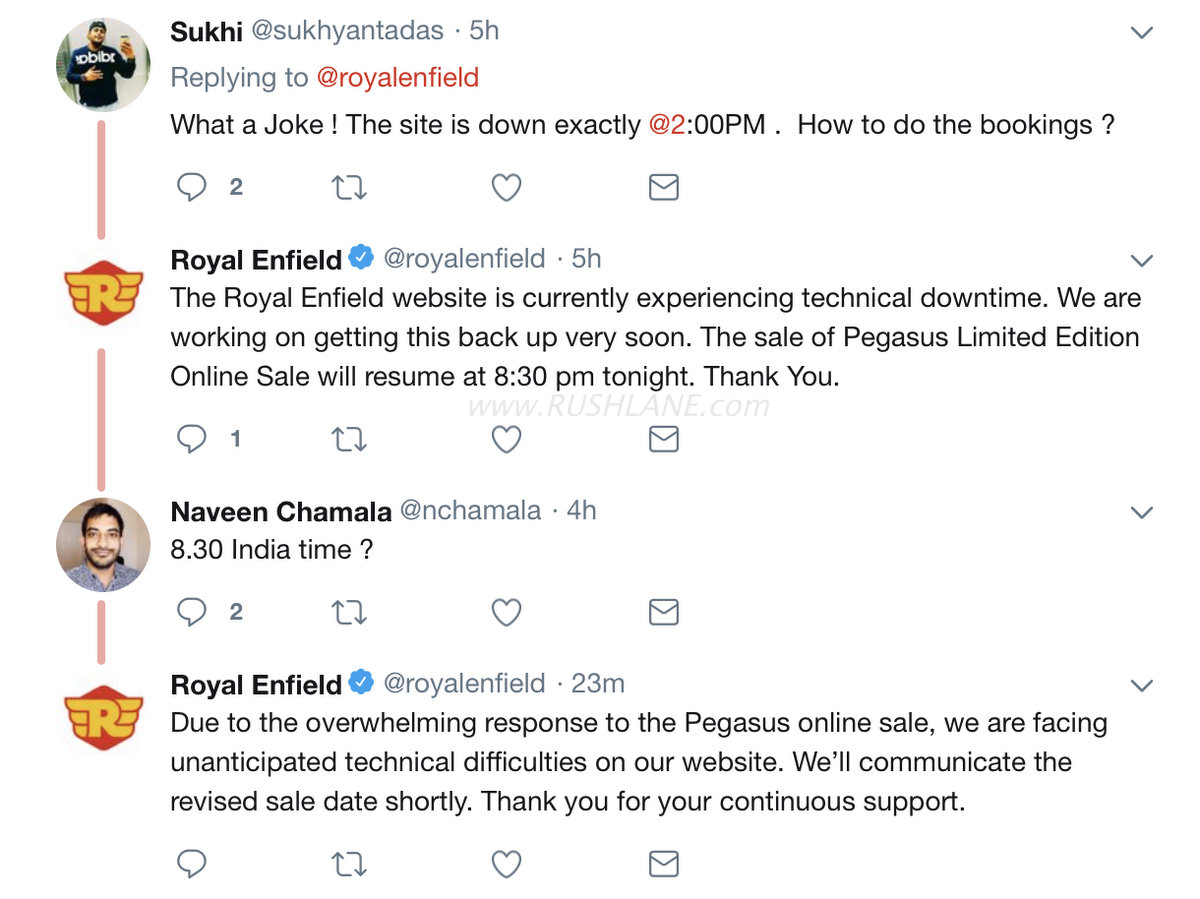 Earlier today Royal Enfield tweeted that sale will commence at 8-30 PM. But that has now changed. Sale will happen on a new date, which will be announced soon. It is not clear what will happen of those individuals who have already managed to book the Pegasus 500 successfully.

Pegasus 500 is based on the Classic 500. It is seen with telescopic forks in the front and gas charged twin shock absorbers at the rear while disc brakes are seen on both wheels. Offered with both electric start and kick start, the Pegasus 500 gets unique serial number inscribed on its tank along with the Pegasus emblem representing the Parachute regiment along with Royal Enfield badging.

Engine specifications on the Pegasus 500 includes a 499cc, four stroke, single cylinder engine offering 27.2 bhp power and 41.3 Nm torque mated to a 5 speed manual gearbox. Besides the limited edition motorcycle, Royal Enfield has also offered a limited range of apparel based on the Pegasus edition which can be purchased separately.