As compared to May-18, sales of Royal Enfield bikes have dwindled by almost 17% in May-19. General slowdown in auto sector and launch of rival products are being seen as primary reasons for the reduced sales. 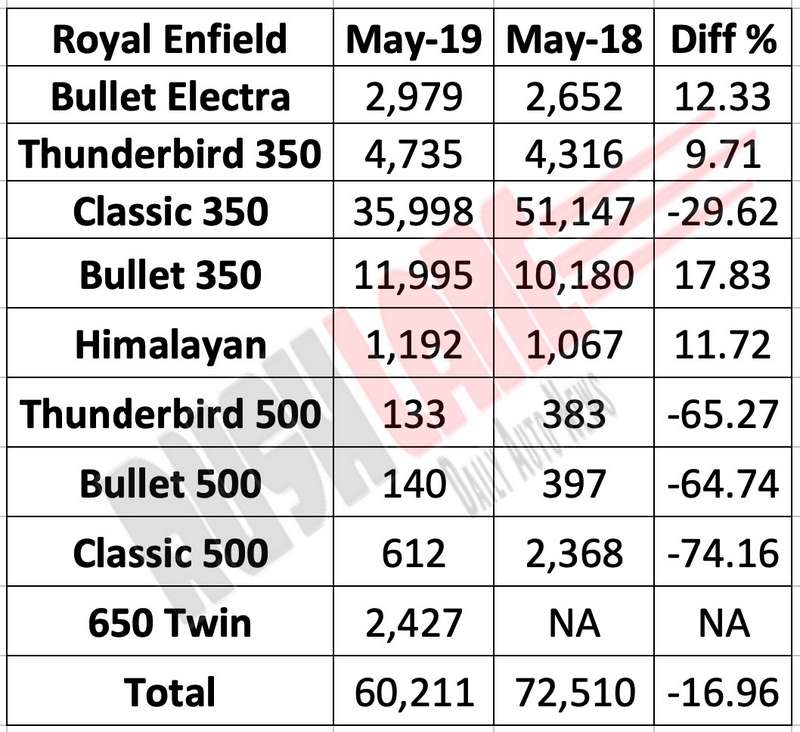 This translates into a loss of -65.27%. Royal Enfield is currently testing next-gen Thunderbird, which is expected to be launched in 2020. It will come with a range of new features and upgrades.

The only exception for Royal Enfield big capacity bikes are the 650 twins, Interceptor 650 and Continental GT 650, which have gained immense popularity and registered strong sales since their launch. In May, 650 twins’ sales stood at 2,427 units.