It was only recently that Royal Enfield discontinued the BS4-compliant Classic 500 (alongside other ‘500’ UCE models) ahead of the deadline to meet BS6 emission standards. The current-generation Classic 500 has been around for over a decade. To give it a worthy farewell, the Chennai-based motorcycle manufacturer had also introduced the limited-edition made-to-order Classic 500 Tribute Black.

The primary reason for the ‘500’ models discontinuation was poor sales. Over the past few months, Royal Enfield could rarely sell them in two-digit figures and the company couldn’t see a point in upgrading them to BS6 specifications. There is a good number of proud Royal Enfield Classic 500 owners in India as well as abroad. Some of them have given a new life to the single-cylinder cruiser as well. Here’s one such example by Wasana from Phayao, Thailand. 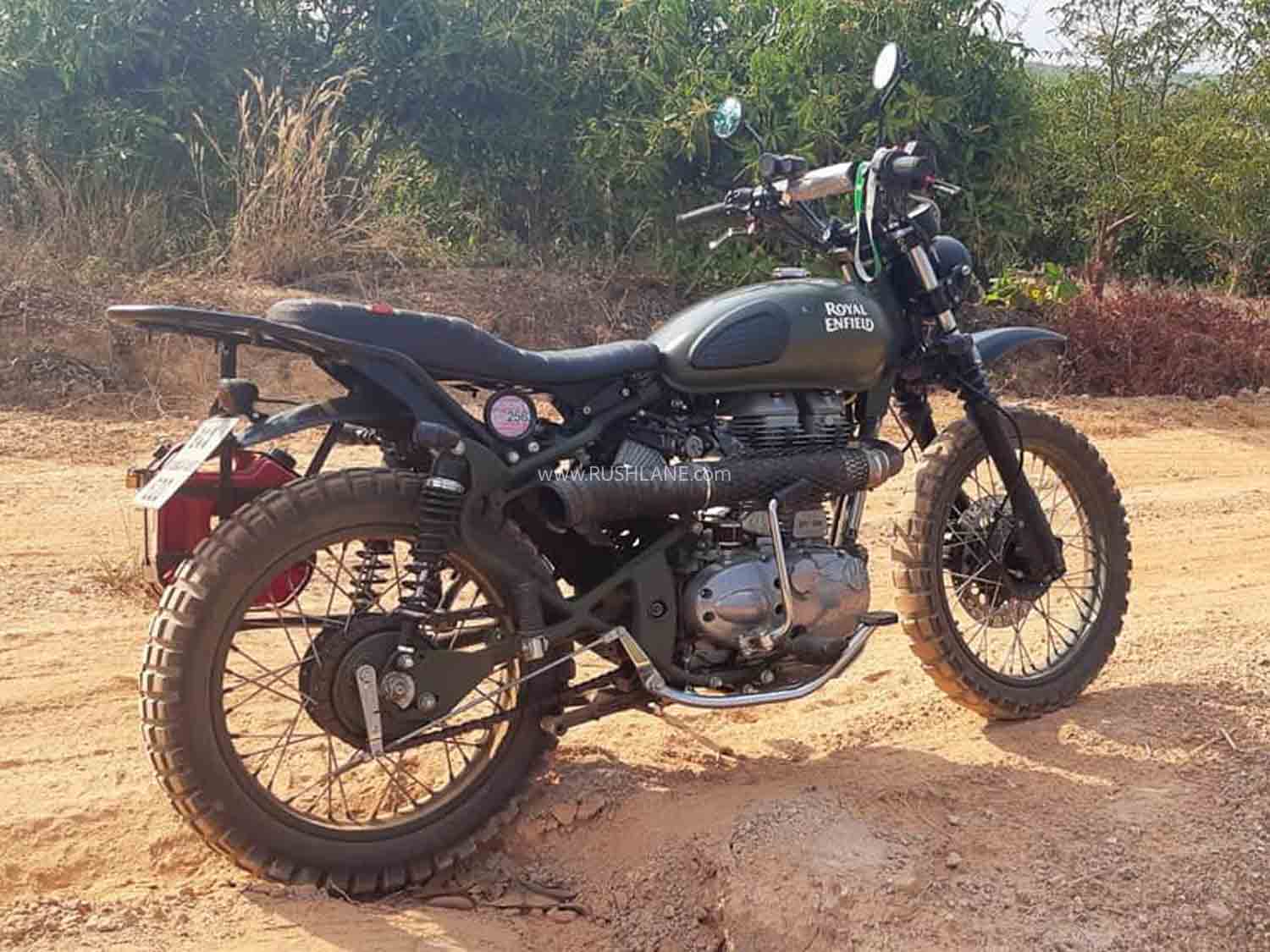 Wasana has modified her Classic 500 into a scrambler prioritising function over form. Of course, the Battle Green scrambler looks desirable despite being purpose-built. The motorcycle is up for sale and Wasana has shared all the details on her Facebook profile. She has also got the original parts in safe custody. Besides the tasteful modification, the motorcycle wears a ‘500’ number plate.

One could argue that the Royal Enfield Classic 500 is not the best choice for a scrambler or off-road customisation. To a good extent, we agree as well. Still, there are hundreds of people who take their Royal Enfields to the most treacherous paths and return without a hiccup. Even Royal Enfield itself has introduced the Bullet Trails 500 (and 350) as a more rugged sibling of the Classic 500. However, it was neither a commercial success nor a sensible move since the brand had already got the Himalayan in its portfolio. 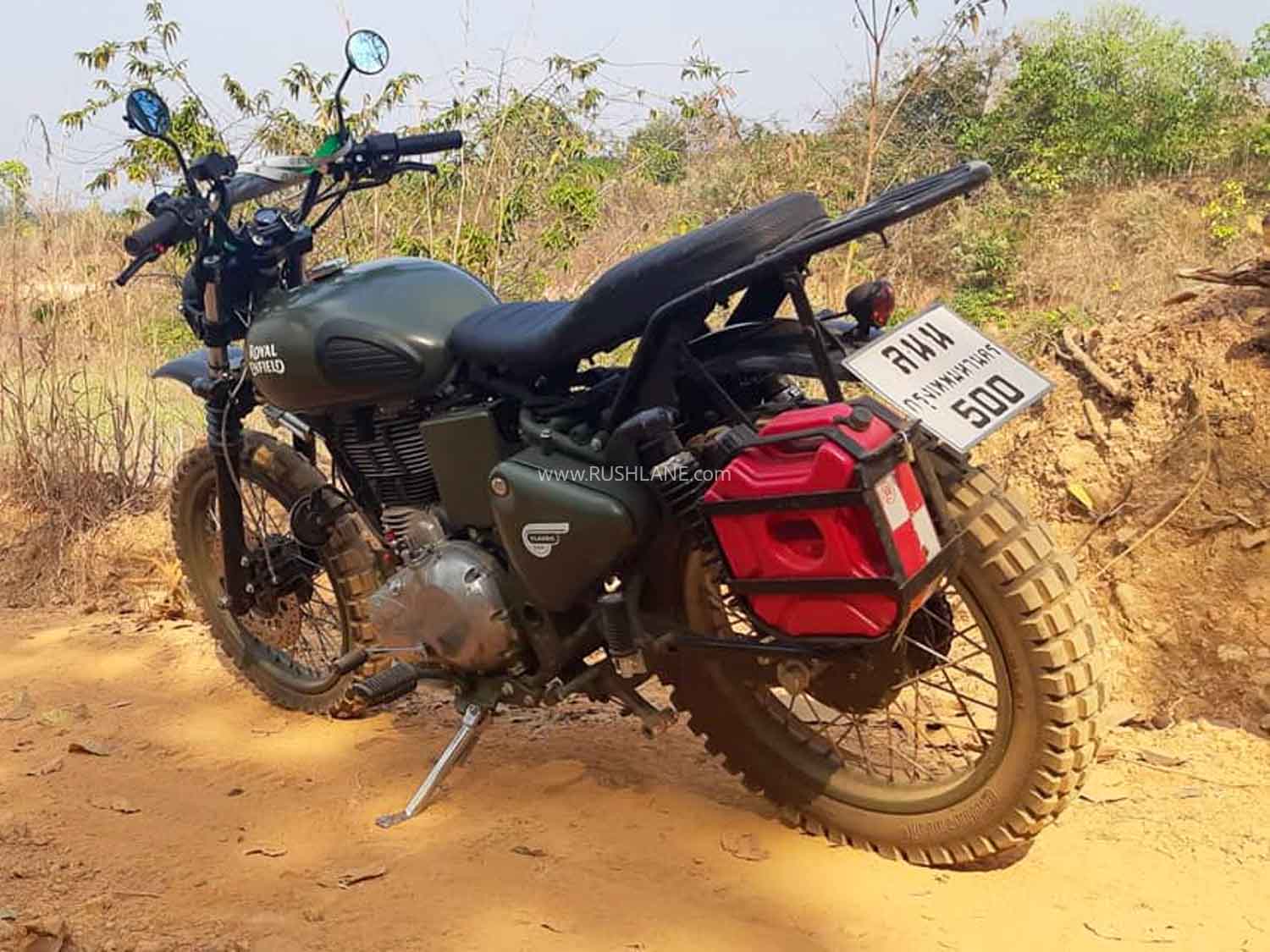 In usual scrambler fashion, Wasana’s Classic 500 has been stripped out to the bare basics. Besides the above-mentioned additions, there is a host of interesting details that are quite self-explanatory from the pictures. To raise the bar on dynamics, Wasana has even installed a steering damper. This also reveals the fact that her Classic 500 Scrambler is ridden the way a scrambler should be.