Modified by Harris Performance, a unit of Eicher Motors Ltd owned S&S Cycle Inc, RE Continental GT 650 raced its way into record books on the first day of the attempt. It was being handled by 18 year old Cayla Rivas, 12 time world speed record holder. She clocked a top speed 150 mph (241.40 kmph) at Bonneville Salt Flats – setting a new speed record.

Cayla is the daughter of former National Hot Rod Association (NHRA) motorcycle racer Chris Rivas. Though this record has been confirmed by Siddharth Lal on social media, a formal FIM (Federation Internationale de Motocyclisme) certification is yet awaited. 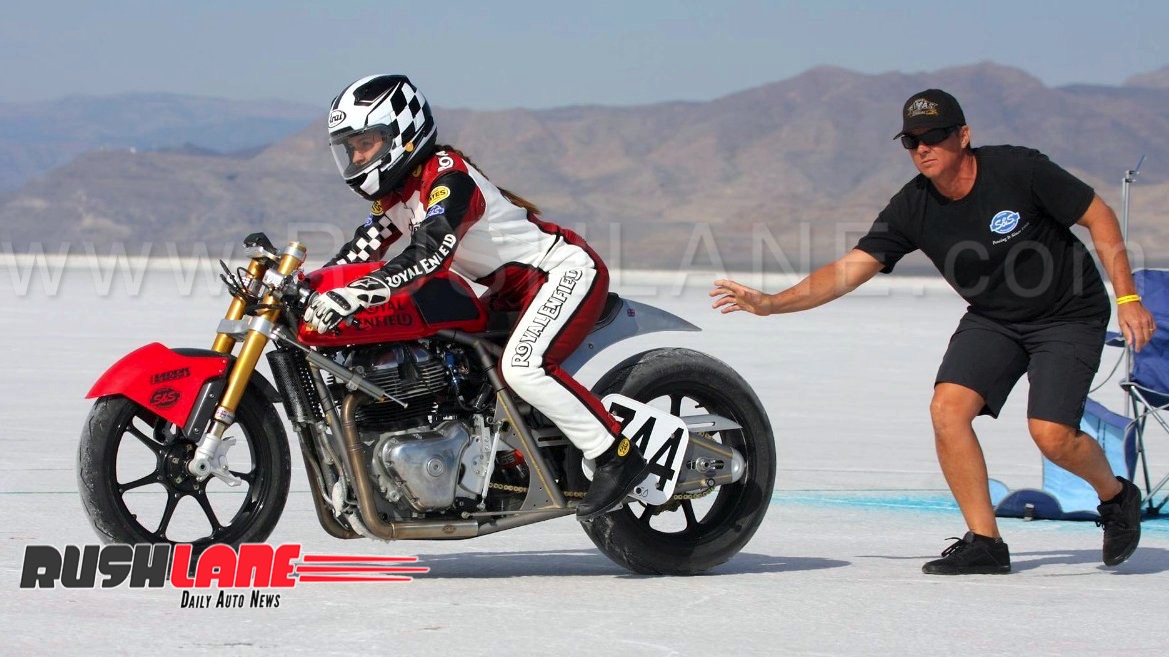 Front end got upside down forks instead of regular telescopic suspension while handlebar was lowered and foot pegs moved to the rear for a better riding position and to reduce drag. 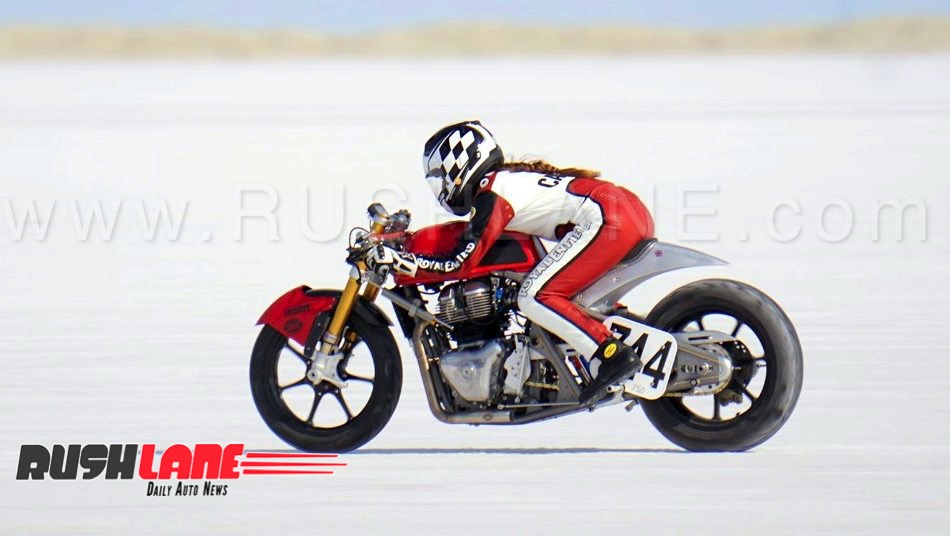 Royal Enfield Continental GT650 and the Interceptor 650 are set for launch. These are made in India with inputs from RE UK Tech Center. The bikes were unveiled at the 2017 EICMA Show and once launched will be the most powerful RE bikes on sale.

The RE twins are powered by a new 649cc, parallel twin engine offering 47 bhp power at 7,100 rpm and 52 Nm torque at 5,200 rpm. In its stock format, the new engine will be capable of a top speed of over 140 kmph. The Interceptor 650 is expected to be priced at around Rs 3 lakhs while the Continental GT650 could carry a price tag of Rs 3.5 lakhs. Once launched, the 650 twins could compete against Harley-Davidson Street 750 in India.