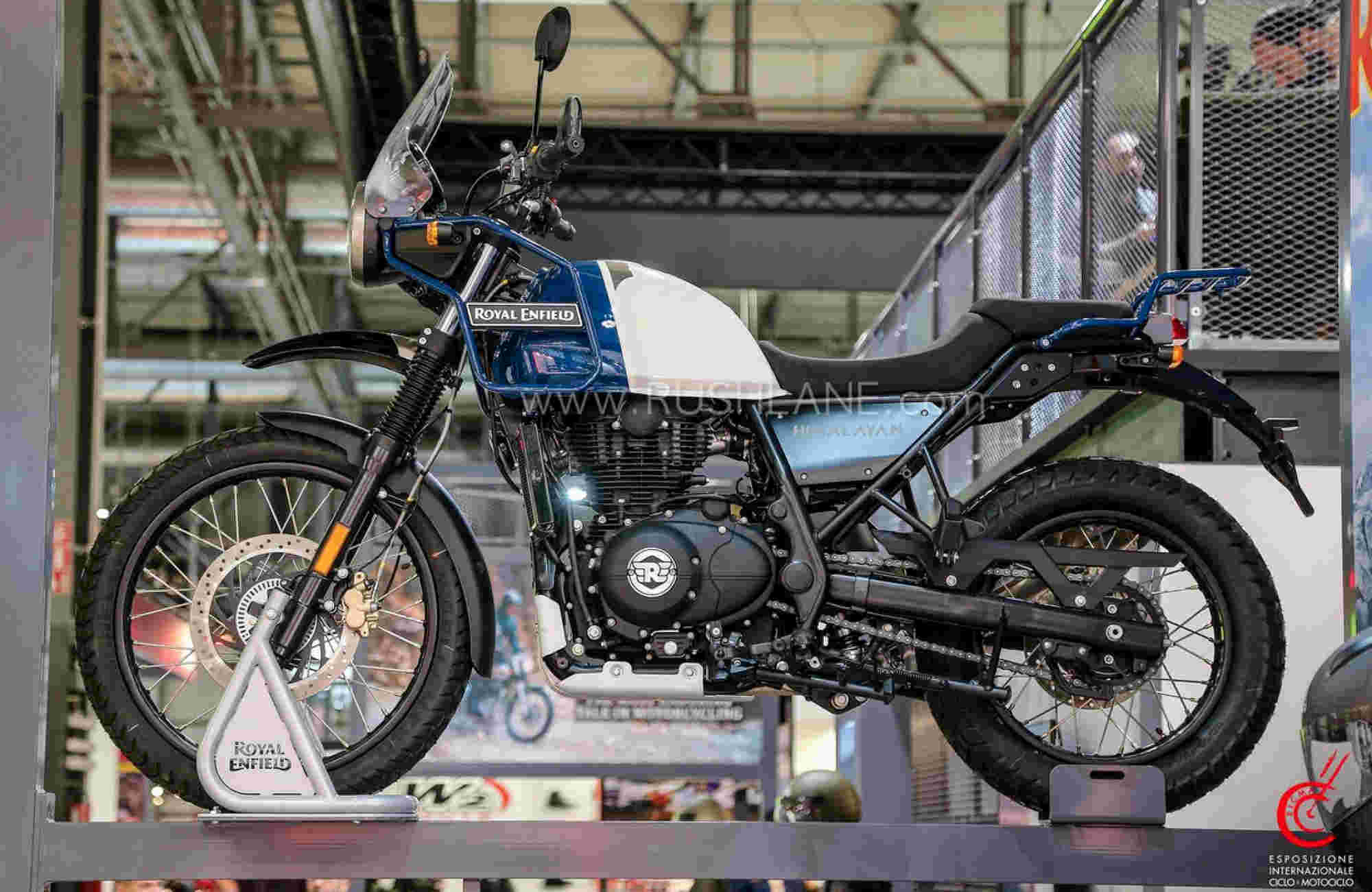 Royal Enfield Himalayan new dual tone colours had made debut at the EICMA show last year. All variants come with ABS as standard. Below are the detailed prices of all Royal Enfield BS4 and BS6 range as of today.

Royal Enfield Himalayan BS6 measures 2,190mm in length, 840mm in width and weighs 185 kgs. It is fitted with CEAT tyres, instead of the earlier MRF Tyres. Reports also state that the front wheel is now 19 inch in size, instead of 21 inch before. If this is true, than the new BS6 Himalayan will be a better handling motorcycle as the center of gravity is now lower.

It also gets a fuel tank of 15 liter capacity. Its engine remains same, but now is BS6 compaliant. The 411cc, single cylinder, four stroke, air cooled, SOHC engine offered 24.5 bhp power at 6,500 rpm and 32 Nm torque at 4,250 rpm in BS4 guise. In BS6 format, similar figures are maintained. FI is on offer from before. 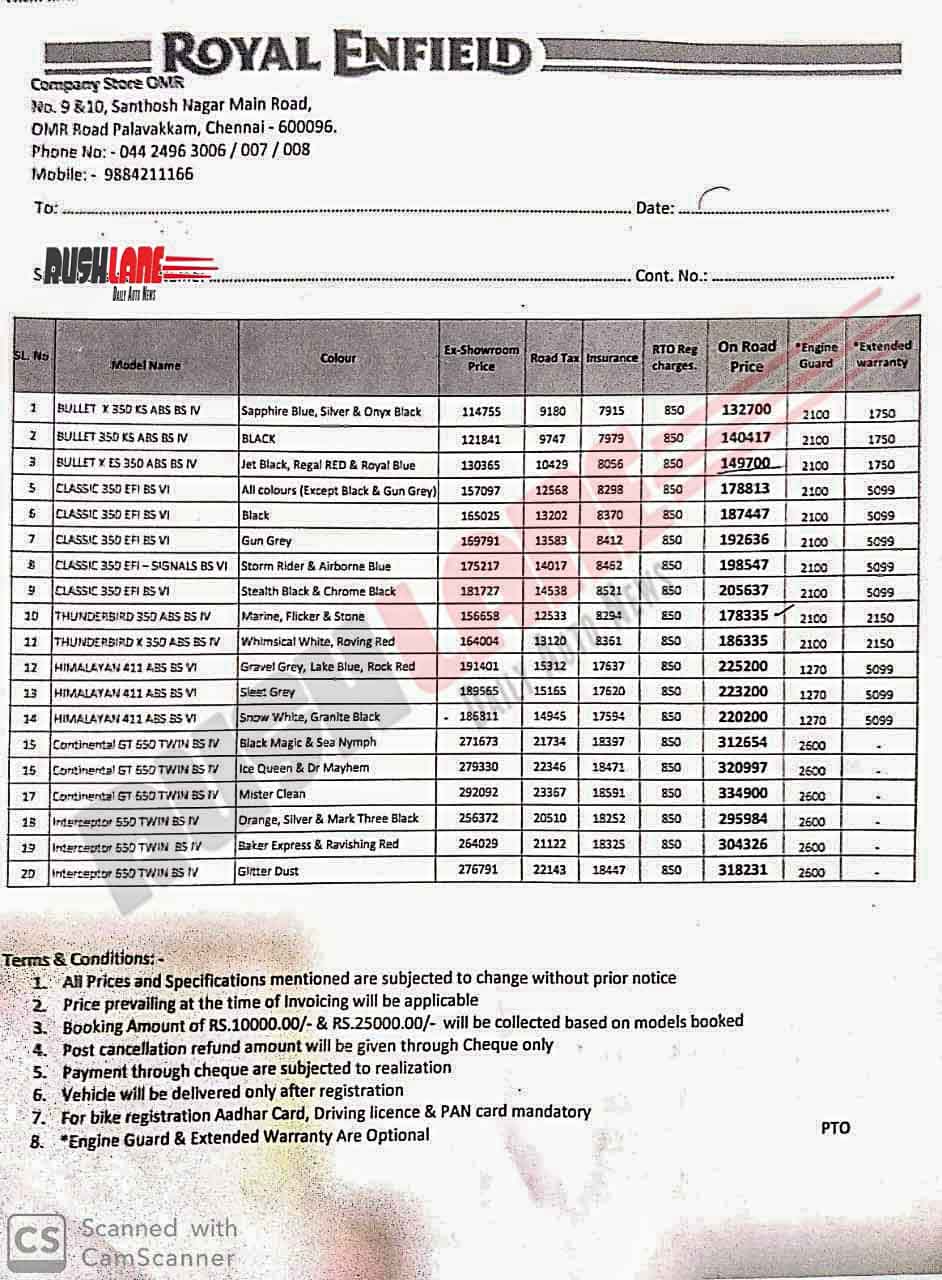 Next, Royal Enfield plans to introduce motorcycles based on four new platforms, codenamed P, J, Q and K. While the P platform is seen on 650cc bikes, the Q and K platforms are being readied so as to compete with higher displacement models from Harley Davidson and Triumph Motorcycles. The new gen Royal Enfield offerings of Classic, Thunderbird and Bullet will be positioned on the J architecture.