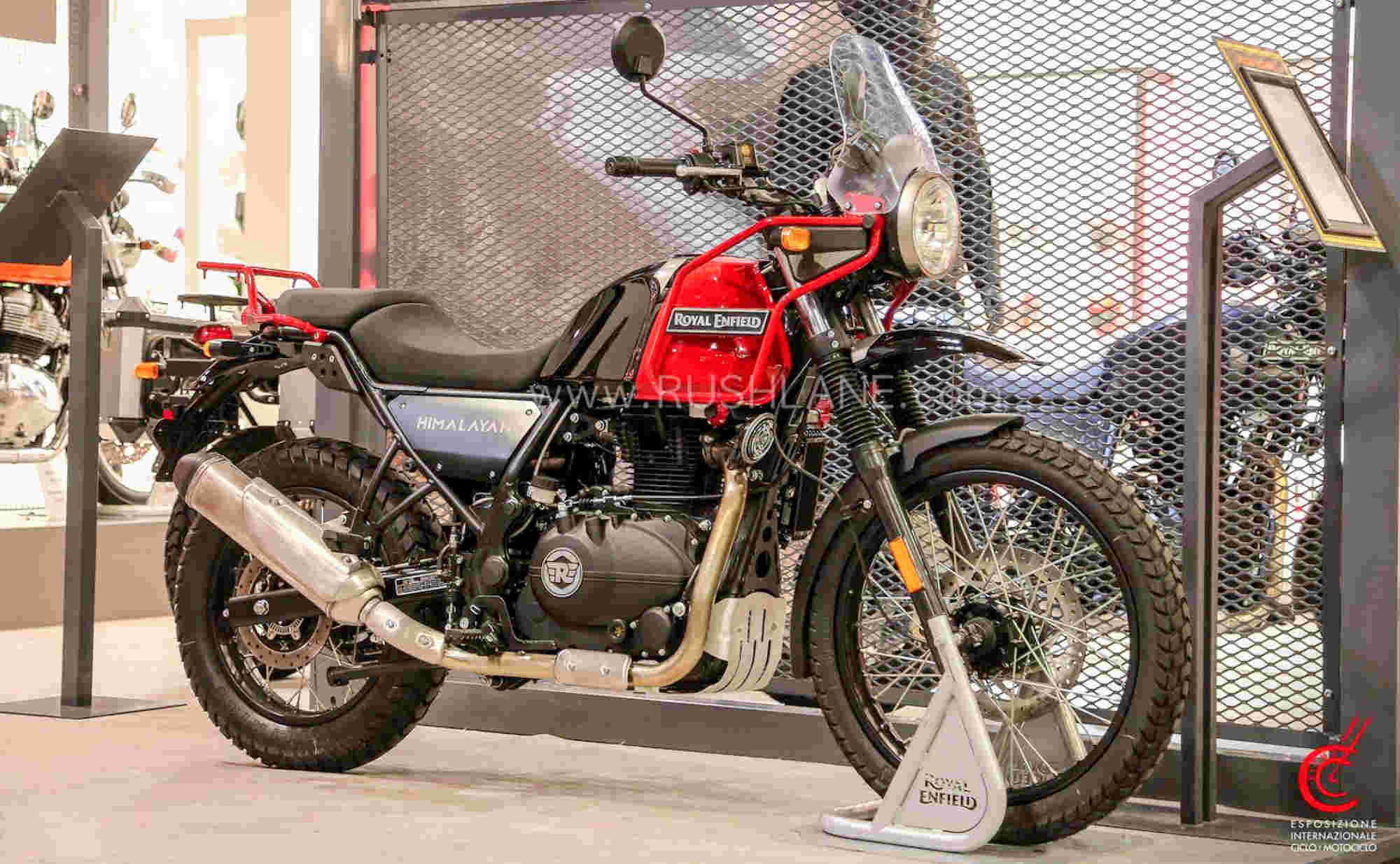 Already spied on test, Royal Enfield Himalayan BS6 compliant model is expected to be launched soon. In addition to the updated engine, the bike is expected to get new features such as switchable ABS, a hazard switch, and refreshed instrument cluster.

Another expected change is smaller front wheels, replacing the 21-inch wheel used on the existing model. If that’s the case, it will lower the bike’s centre of gravity. This would improve the bike’s handling in rough terrain and provide more comfort to the user, especially on long distance touring.

Royal Enfield has been running the caption – ‘Built for All Roads, Built for No Roads. Coming Soon.” Hinting at the arrival of BS6 Himalayan. Below is the teaser video.

Updated Himalayan is also expected to get new colour options, as unveiled at EICMA 2019. At the event, Himalayan was showcased in three new colour combinations – red and black dual tone colour option, Gravel Grey, and Lake Blue (a dual theme with white as primary colour). The existing Himalayan model is offered in colour options of Granite (black), Snow (white) and Sleet (camouflage). In India, only the Black colour option is listed on the company’s website.

Spy shots reveal that Himalayan BS6 Black coloured rims have also been updated with a chrome/aluminium finish and rubber has been changed from CEAT to MRF Meteor. Most of the key cycle parts such as split-cradle frame, telescopic front forks, and monoshock unit at the rear are expected to be carried forward.

There could be some change in engine output owing to the BS-VI upgrade, but it is unlikely to make any major difference to ride quality and performance. Existing Himalayan is powered by a 411 cc single cylinder air-cooled engine that generates max power of 24.5 bhp at 6500 rpm and max torque of 32 Nm at 4250-4500 rpm.

BS-VI Himalayan has no direct rival in the segment. Bajaj is planning to launch KTM 250 Adventure, which will give competition to the RE Himalayan. Royal Enfield will have to follow an aggressive pricing strategy to ensure that its customer base is not eroded.