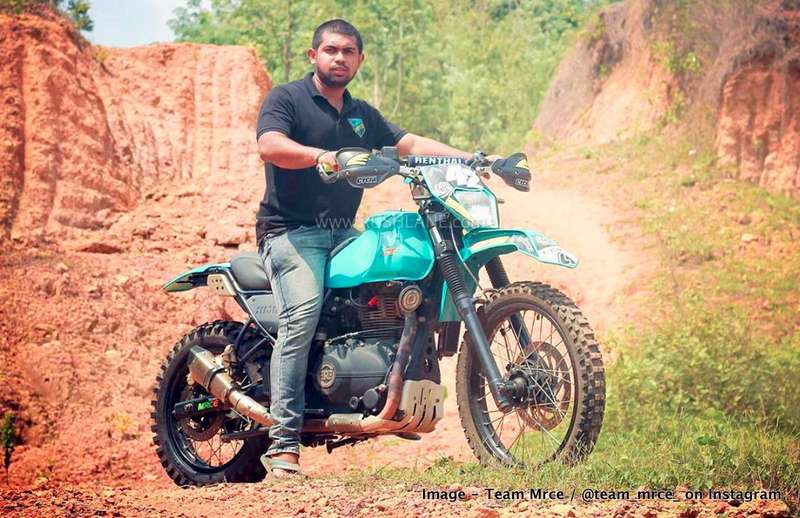 Team MRCE from Kerala, has taken the custom Royal Enfield Himalayan giving it an off roading stance. Now called 410exe, the RE Himalayan sees some change in almost all of its parts which will definitely enhance its performance while on rugged terrain.

These modifications extend right from a completely new set of off road tyres fitted around stock spoke wheels to a new headlamp assembly unit with a brighter, lighter and more compact headlamp so as to offer better illumination especially during night time riding.

It also receives an LED side turn indicator which is smaller as compared to that seen on the stock model. The tail lamp assembly has also been completely modified enhancing the rugged stance of the RE Himalayan which also gets raised front fender and a short rear fender along with a hand guard. 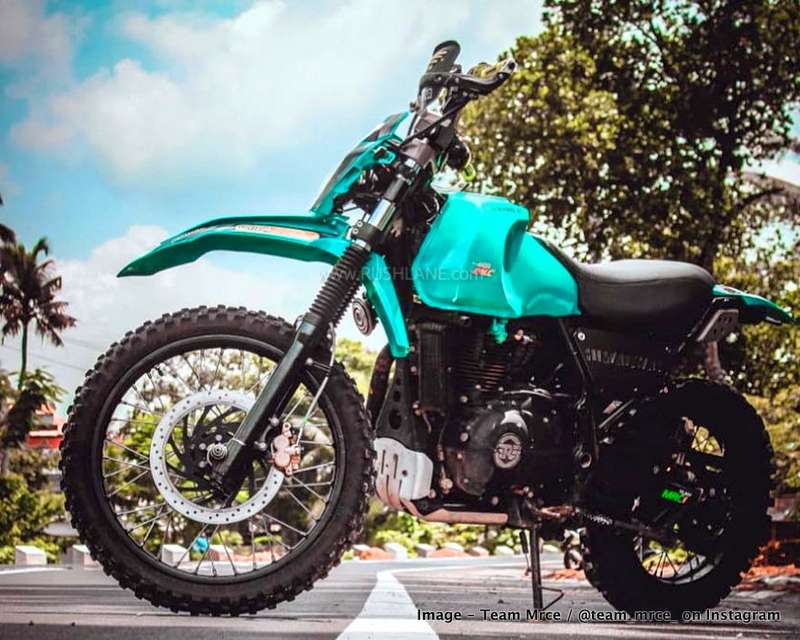 The modified RE Himalayan now sports a single black seat made up of fabric while the pillion seat is taken off completely. Mechanics also get modified with the stock exhaust system has been replaced by an Akrapovic exhaust system to enhance its sound. However, the stock conventional swingarm, bash plate, frame, engine and gearbox are retained in the same format as seen on the stock model.

The modified Blue colored Royal Enfield Himalayan, which will soon be taking on the rough terrains in a rally event in Mangalore and now called the 410exe sees no change in engine and gearbox. It continues to be powered by the 411cc, single cylinder, air and oil cooled, fuel injected engine offering 24.5 hp power at 6,500 rpm and 32 Nm torque at 4,250 rpm. The 6 speed gearbox also remains untouched.

In India, the RE Himalayan is rumoured to get bigger, with the new Royal Enfield Himalayan 650. This all new bike could be powered by a more powerful 648cc, twin cylinder engine offering 47 hp power at 7,250 rpm and 52 Nm torque at 5,250 rpm mated to a 6 speed gearbox.

This is the same engine that powers the Interceptor and Continental GT 650. On board the Himalayan 650, the engine could be tuned to deliver different power and torque figures. The Himalayan 650 will be ideally suited for even more rugged off-road adventure riding.