Meteor 350 will be the company’s first next-gen product to go on sale this year. Launch is on 6th Nov, as Meteor 350’s rival has already arrived in the form of Honda CB350. To meet evolving customer needs and expectations, Meteor 350 has been equipped with a range of updates including new colour options, an entirely new platform, a new engine and tech upgrades.

Royal Enfield’s new 350 cc engine will be more efficient in comparison to the existing unit. It will be paired with a newly developed transmission and clutch, which have been designed to reduce friction. As a result, the new powertrain will allow smooth gear shifts and increase the life of clutch and other moving parts.

Another key update for Meteor 350 is the new platform codenamed ‘J1D’. This will be used for several other next-gen products that will be launched by Royal Enfield in the coming months. Suspension system of Meteor 350 will comprise telescopic 41 mm forks with 130 mm of travel at the front and adjustable twin springs at the rear.

Royal Enfield Meteor 350 will work as a replacement for Thunderbird range of motorcycles. Meteor will be the first next-gen product to be launched by Royal Enfield. Meteor 350 comes with a range of changes. Several new components can be seen such as the headlight, instrument console, rear fender and tail light. Other updates include teardrop shaped fuel tank, split seat, new alloy wheel design, and LED daytime running lights. 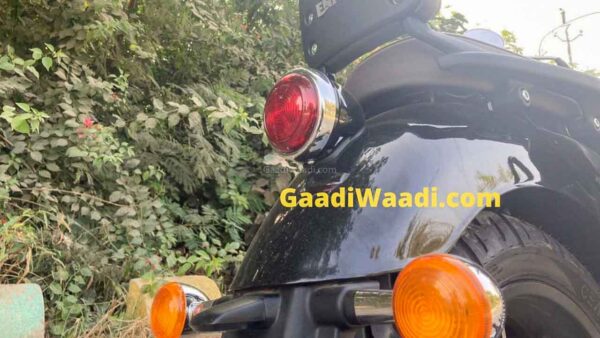 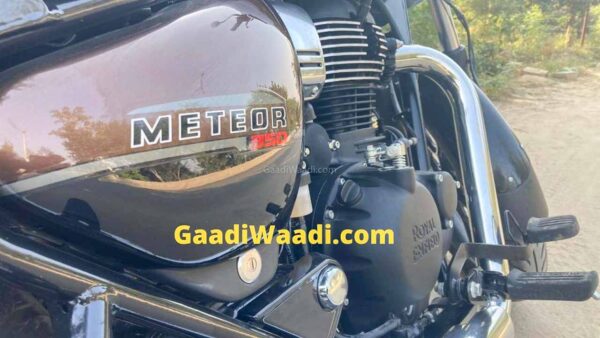 In this leaked version, the bike comes in a unique dual-tone colour theme. Most parts are blacked out and only the tank has the secondary colour shade. The combo of brown against the mostly black background creates an exciting contrast. It is expected that Meteor 350 will have several more attractive colour shades to fulfil the personalization needs of its customers. 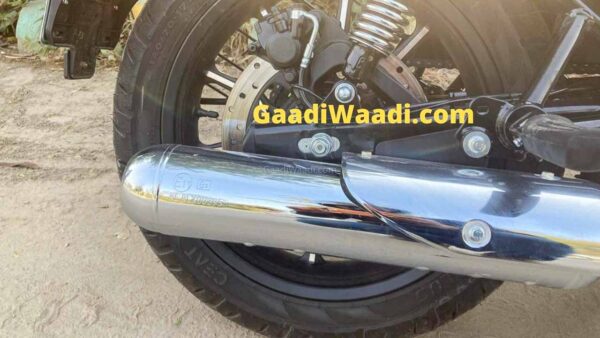 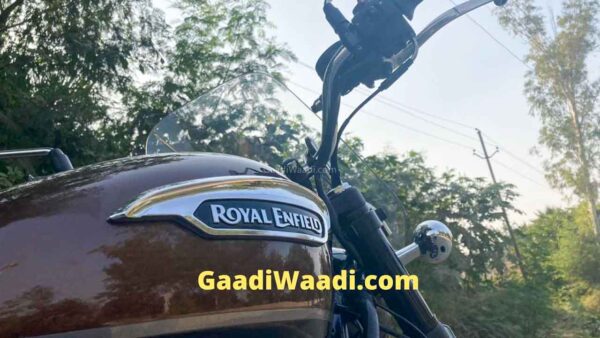 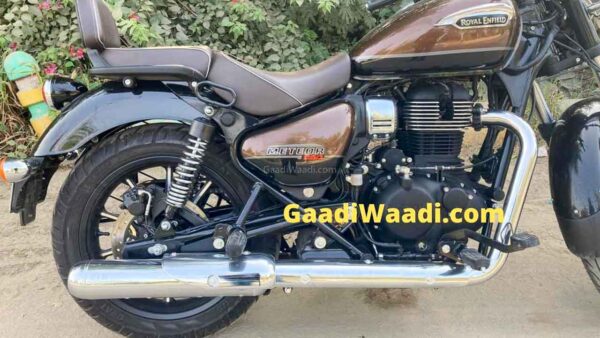 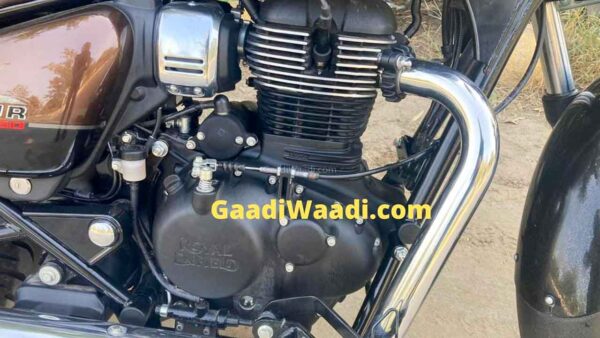