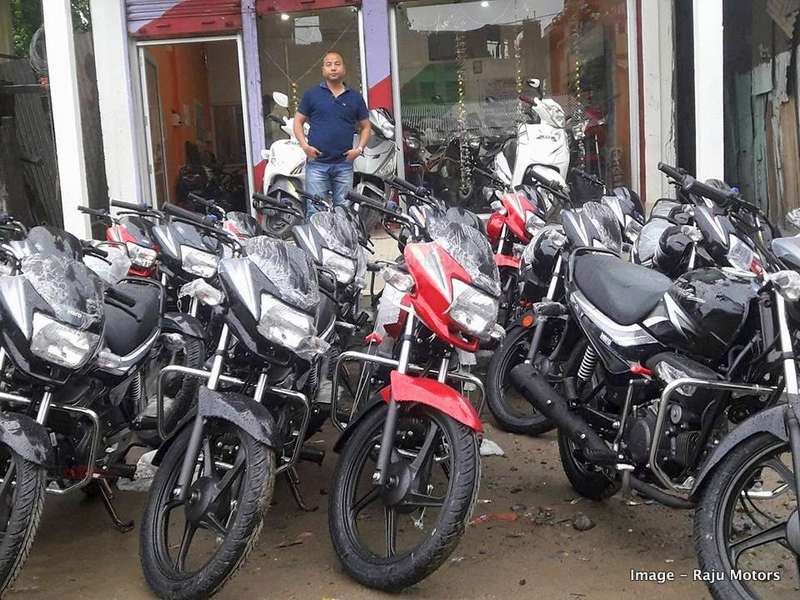 However, if we look at MoM growth, the situation is just the opposite. In terms of MoM growth, almost 2/3rd of states have registered positive growth. This is very encouraging at a time when the auto industry is facing one of the toughest periods in its history. 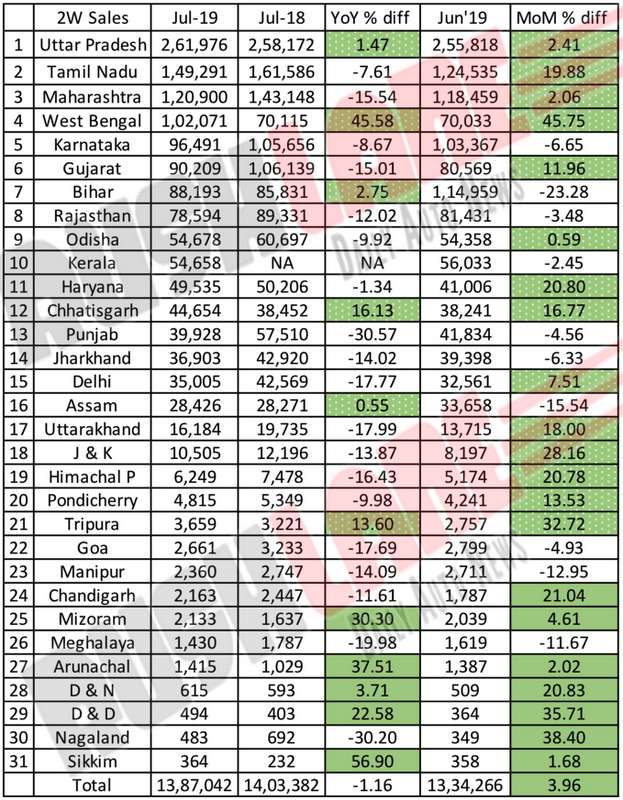 According to FADA, the uptick in MoM growth could be attributed to the revival of monsoon across the country. Most parts of the country were rain deficient in June, but the situation improved significantly in July. Widespread showers in July could have boosted consumer sentiments and played a role in increasing sales of two-wheelers. This is especially true for two-wheeler sales in rural areas.

However, there are certain factors that still worry FADA such as high inventory levels. Inventory levels of two-wheelers were at 60 – 65 days in July, which is the same as that of last month. FADA has targeted inventory levels of 21 days, so the present situation is a matter of grave concern for dealerships.

High inventory affects profitability of dealerships, something that is further complicating the problems of dealer members. Other negative factors mentioned by FADA include floods in various states, confusion over electric vehicles and BS-VI, and lack of any significant improvement in liquidity situation.

FADA has discussed its problems with the government and is hopeful of some positive outcomes such as temporary GST cuts and attractive scrappage policy. Liquidity situation is also expected to improve with capital infusion in banks and NBFCs. If the government acts in time, two-wheeler sales could get a major push during the forthcoming festive season.