Skoda Kamiq and Seat Arona Crossovers Spied together in India

VW Group India is currently working intensely on localizing its modular MQB A0 IN platform which will form an integral part of its India 2.0 strategy. The Research & Development activities related to this architecture is handled by Skoda at its Pune technical center.

Why are Skoda Kamiq and Seat Arona in India?

As a part of the development process, it is common for an automaker to use international-spec prototypes which are closely related to the upcoming Indian products. For the development of the MQB A0 IN platform, the Group is employing Europe-spec Skoda Kamiq and Seat Arona which are underpinned by MQB A0 architecture.

Both these vehicles were already spotted individually several times but now they have been spied together for the first time. It seems the Seat suffered a drained battery and its sibling is lending a helping hand. 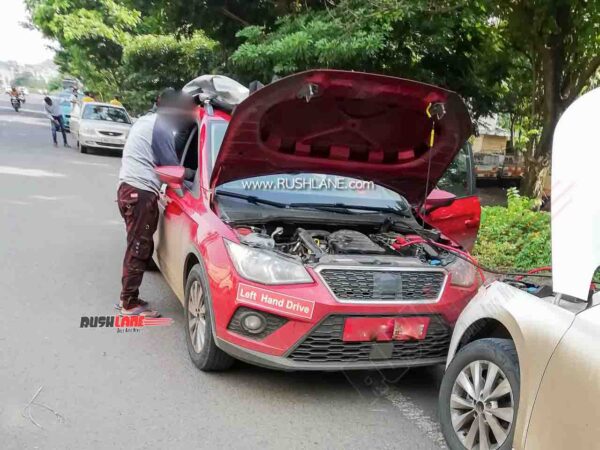 It is to be noted that neither the Seat Arona nor the Skoda Kamiq are set to be launched in India. They are most likely acting as test beds to validate India-specific changes and additions to the MQB A0 platform. The heavily localized platform will underpin VW Taigun and the production version of Skoda Vision IN concept, both which were showcased at the Auto Expo earlier this year.

The India-spec VW and Skoda crossovers will be powered by a 1.5-liter TSI turbocharged direction injection petrol engine mated to a 7-speed DSG. It remains to be seen if the lower variants will be available with a 6-speed MT or not. The motor will have 150 hp and 250 Nm of torque which is enough to achieve a sub-9 second 0-100 kmph acceleration time. 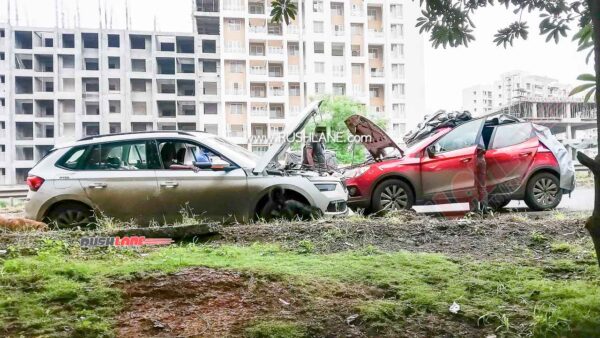 With competition in the segment fierce, both VW and Skoda can’t afford to take the prospective customers for granted and this would mean, both the SUVs will be packed up to the gills with goodies. Going by the concept, one can expect the top-end variants to feature configurable colour TFT instrument console, a comprehensive touchscreen infotainment system, modern connectivity features, multiple airbags, and so on.

The VW Group’s new strategy for India will involve sharp focus on the highly lucrative mid-premium compact crossover territory which is currently being dominated by Kia Seltos and its sibling Hyundai Creta. The combination of Skoda Vision IN and VW Taigun is expected to bring much needed growth to both brands.