Skoda’s new Kamiq SUV will debut at the 2019 Geneva Motor Show next month. It will be first launched in Europe, by later this Autumn 2019. India launch is slated for second half of 2020. Here it will rival the likes of Hyundai Creta and Tata Harrier.

Ahead of global launch, the new Skoda Kamiq has now been spied undisguised for the first time. The Kamiq keeps up the tradition of Skoda naming their SUVs with the letter ‘K’ and ending with ‘Q’. Kamiq will join the company lineup that currently includes the Kodiaq and Karoq – former is already on sale in India, while the latter might come soon. 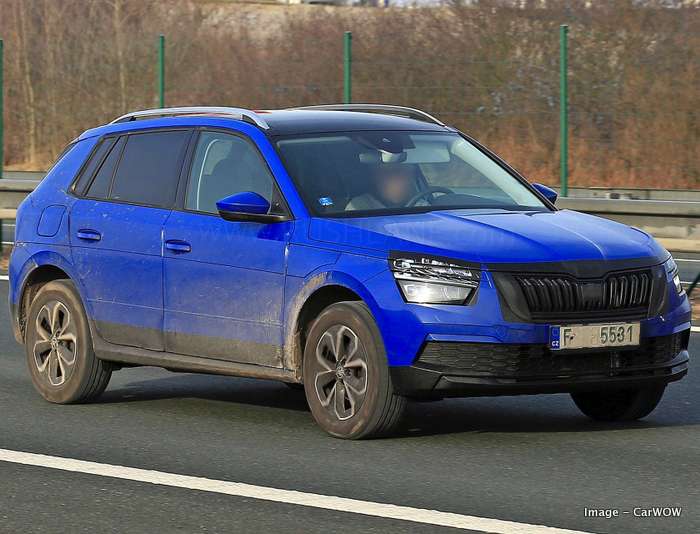 Skoda Kamiq is based on the concept Vision-X. It boasts of an attractive exterior design with new headlamps with LED DRLs, sporty bumpers and alloy wheels. The Kamiq is also been spotted with large windows, split LED tail lamps (like in seen in Tata Harrier), distinctive boot door creases and black inserts on its bumper. The Kamiq also receives a large rear diffuser and front spoiler in faux silver.

Dimensions are expected to stand at 4,390 mm in length, 1,781 mm in width, 1,593 mm in height and a wheelbase of 2,610 mm. Though the Kamiq is based on the PQ platform developed in China, the India spec model will get an MQB-A0-IN platform. This will help them price the car aggressively. 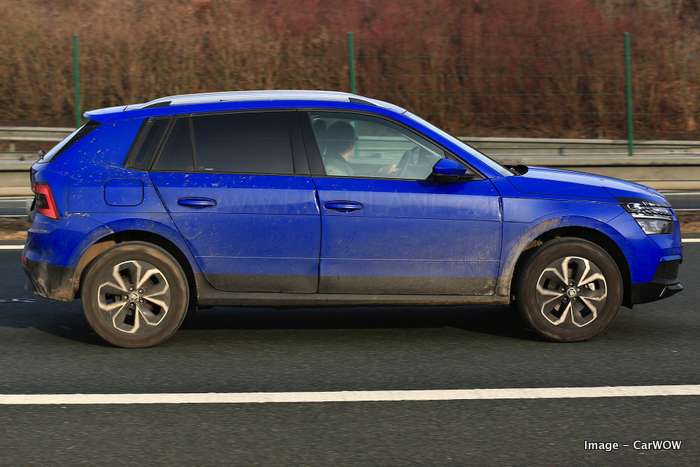 Interiors will be seen in several segment first features. These include a floating type infotainment screen with Apple CarPlay and Android Auto. Seating will be comfortable with contrast stitching. Dashboard sports a sleek and contemporary layout. It will be seen with a large 10.25” virtual cockpit and the full LCD cluster will also be the first in class feature. Other interior features will include ambient lighting, heated rear seats, heated windscreen and steering wheel along with a fully electrically adjustable driver seat. Interior photos have been officially revealed.