Skoda has filed a patent for a new safety device that could potentially reduce the number of fatalities in road accidents by one-third, theoretically. The Czech auto brand has been granted a universal patent to develop a first of its kind illuminated seat belt buckle that could eliminate the inconvenience of putting on seat belts in dark.

This technology will make use of a transparent plastic button with multi-coloured LED lights instead of a traditional red button which will operate in two modes. This whole system works with three colours- white, red and green.

How Does It Work?

A Skoda-style crystalline pattern on the transparent plastic will spread the light so that the whole button glows. In case a seat is left unoccupied, the button will glow white making the buckle visible in dark which is part of the first mode.

The buckles could also be configured to display an animated welcome sequence in order to make them even more visible in darker environments. Once the seat is occupied, a weight sensor beneath the seat activates the second mode which changes the colour of the button in the buckle to red to remind the passengers to put on their seat belts. 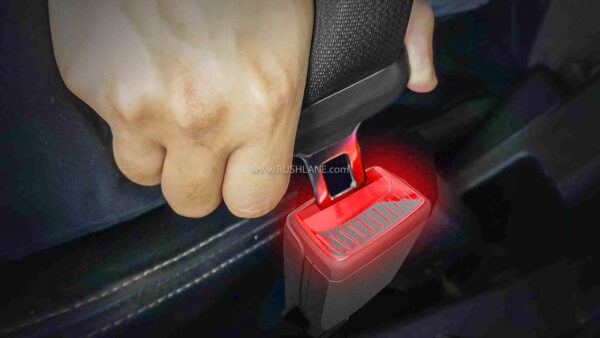 The buckle will continue to send a reminder through a constant light flickering until the passengers have hinged it to their seat belts. Once the seat belt is hinged the crystalline button turns green which marks the successful engagement before the light goes white.

Skoda says that this feature will particularly help parents if their children at the backseat have either incorrectly engaged the buckle or have forgotten to fasten their belts. This system will also help passengers to notice the buckle when they try to unfasten their seat belts at the end of their journey. 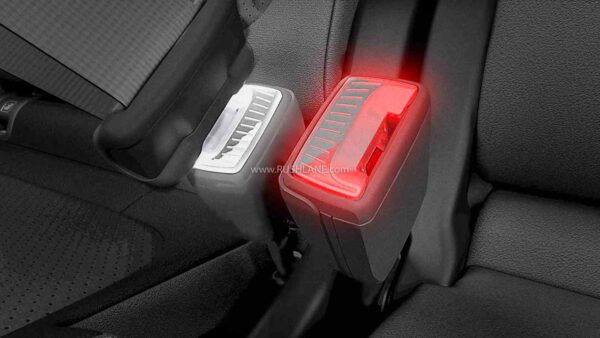 Other Patents by Skoda

The smart seat belt buckle is one of the many new features developed under Skoda’s Simply Clever initiative. Under the same programme, the Czech brand has filed 94 patent applications in 2019, more than any other company in the country. The list of innovations patented includes a “flexible cargo snake”, carpet mats made from hollow fibre fabric and more. The manufacturer has also teamed up with a number of start-ups in Israel in order to bring out new innovations in automotive technology.

In India, Skoda has a couple of interesting products to be offered in the coming few months. These include the new-gen Octavia and a new SUV based on the Vision-IN Concept, both of which have been spotted in India on multiple occasions recently. Both models will be based on Skoda and Volkswagen Group’s MQB A0 platform which underpins the group’s latest offerings such as Skoda Karoq, Volkswagen T-Roc and Tiguan All-space.