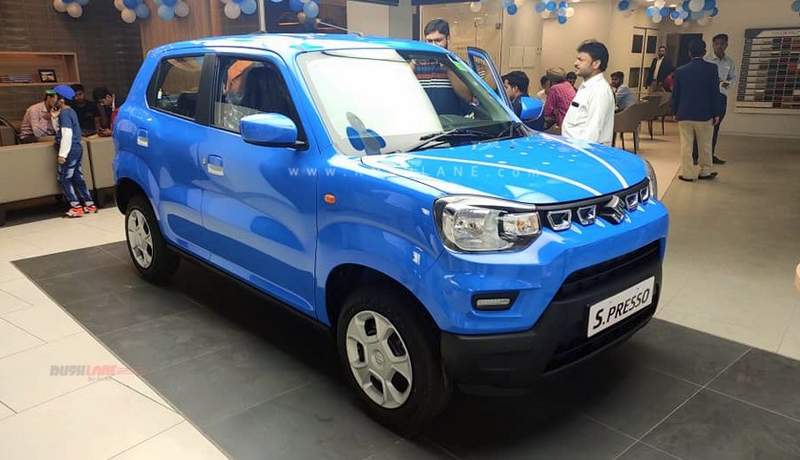 It has been almost a year since the Indian automotive industry started its downward trajectory and the turnaround is not yet in the sights. The market is currently under transition from old to new regulations (crash tests and emissions) and naturally, new car buyers are waiting it out rather than rushing to buy soon-to-be-obsolete models.

Things continued to look grim for most automakers and products in September 2019 as evident from negative YoY performances. The volume rich small car segment posted a negative YoY growth of 22.9% with sales of 46,525 units.

The Hyundai Santro and Maruti S-Presso are the newcomers to this segment and hence have no sales data for the previous year but every other model was hit with drop in sales. The Maruti Alto continues to lead the segment with 15,079 units but at a decline of 30.57% which is above the segment average.

The Maruti Wagon R which graduated to new generation earlier this year secured second spot with sales of 11,757 units, a drop of 11.8%. Though Maruti launched the S-Presso on the last day of September, the automaker managed to dispatch 5,006 units of the micro crossover. Retail sales figure of the S-Presso in its first full month of sales (October) would give us a better idea on customer response.

At 4,140 units, the Maruti Celerio’s sales almost halved compared to September 2018. The hatchback has been around for a while now and a comprehensive update could improve things. The first non-Maruti product in the best selling small cars list is the Hyundai Santro which clocked 3,502 units last month.

The Tata Tiago which started off strongly finds itself in sixth place with a tally of 3,068 units, a drop of 63.38%. The automaker quietly introduced digital instrument console for the Tiago last month and a facelift is on its way.

With 2,995 units dispatched, the Renault Kwid lost out to its rival S-Presso in the first month itself. It’s sibling, the Datsun Redi-Go didn’t fair well either with a 50% drop in sales to 842 units. Despite a facelift and introduction of CVT, only 136 units of the Datsun Go hatchback left the factory last month.

It is to be noted that all these figures correspond to wholesales (factory dispatch). Given that several automakers are currently reducing their production to bring the dealership inventory level under control, retail sales performance may be slightly better owing to the festive season.