As Suzuki reportedly gears up for the launch of a new 250cc Gixxer to make a debut in Indian market in the months ahead, sales of the current 155cc model have been steadily falling. 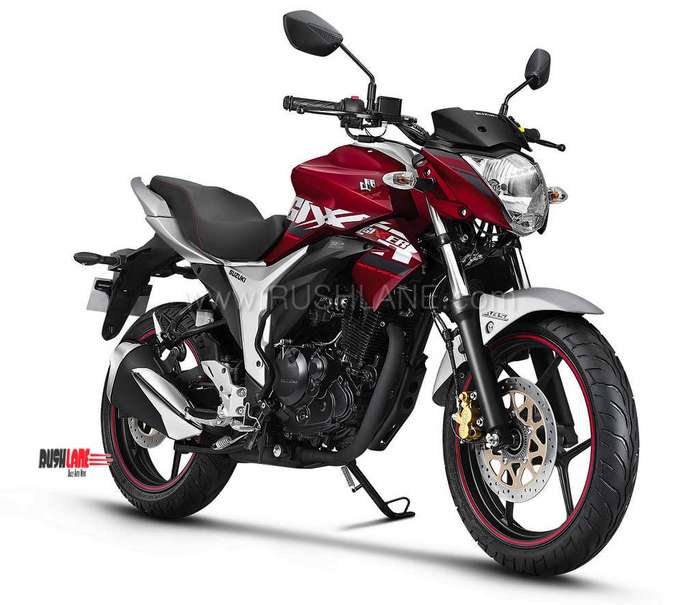 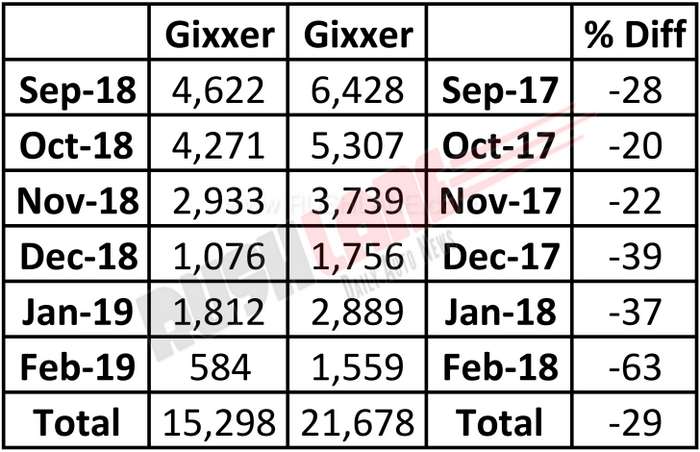 Suzuki Gixxer is offered with ABS and without ABS. With non-ABS variants getting banned from 1st April 2019, the huge decline in sales for Feb 2019 could be because of discontinuation of Gixxer non-ABS. Price of Gixxer ABS starts from Rs 88,388, ex-sh, Delhi. It is powered by a 155 cc engine which delivers 14.8 hp and 14 Nm. Rivals of Gixxer include – Yamaha FZS FI, Bajaj Pulsar and Honda CB Hornet.