Suzuki Gixxer 250 SF with modifications – Handed over to Gurgaon Police 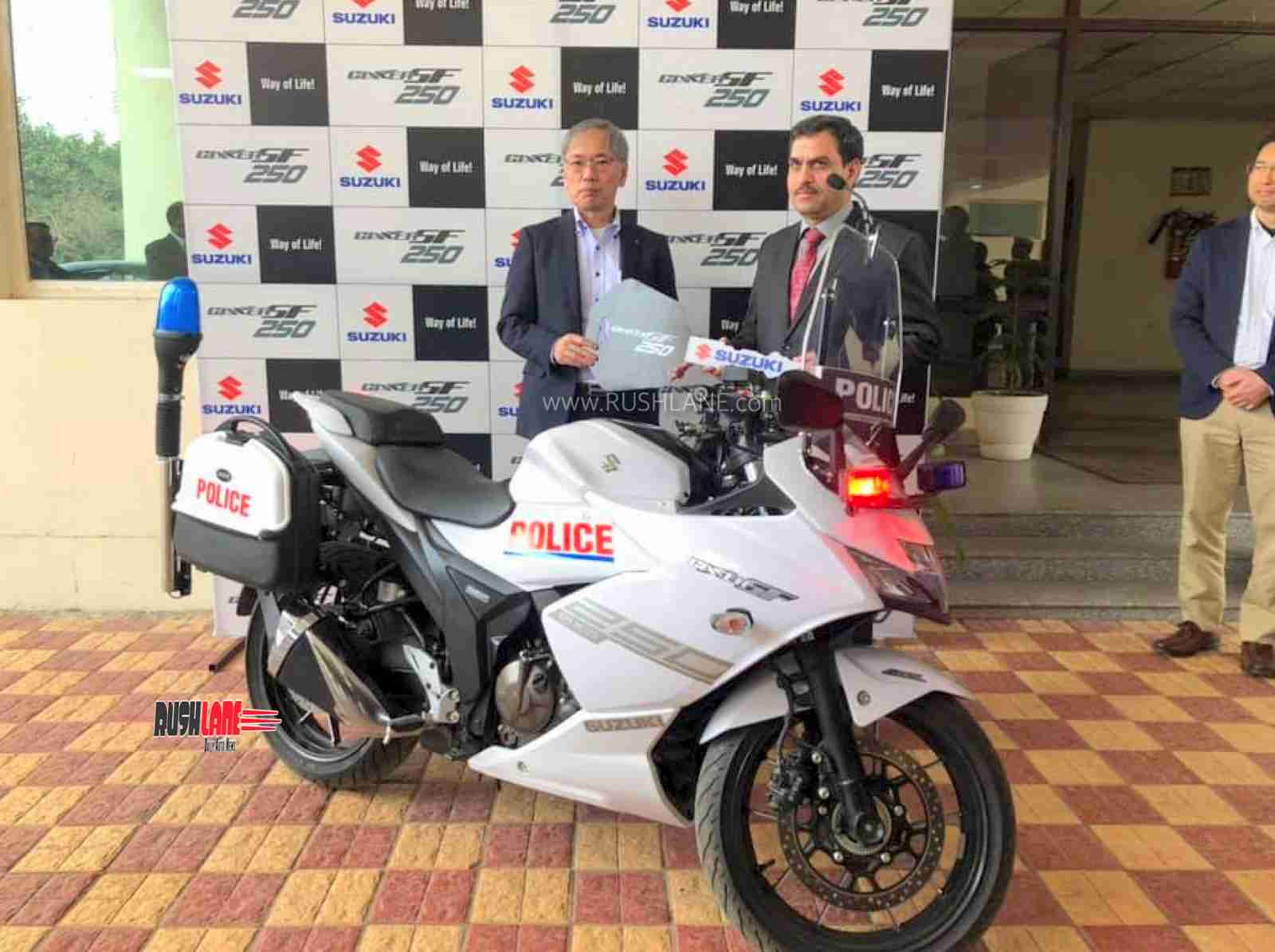 As part of its CSR activity, Suzuki Motorcycle India has given Gurgaon Traffic Police a fleet of ten brand new and specially built Gixxer 250 SF motorcycles. These motorcycles will be used by those cops who are handling traffic operations.

Part of SMIPL’s road safety CSR initiative, this isn’t Suzuki’s first association with the coppers. Last year, a fleet of Suzuki Gixxer SF 155 bikes were given to the police force to help with patrolling duties. The new addition to the fleet wears to same white paint scheme the previous bikes were adorned in. 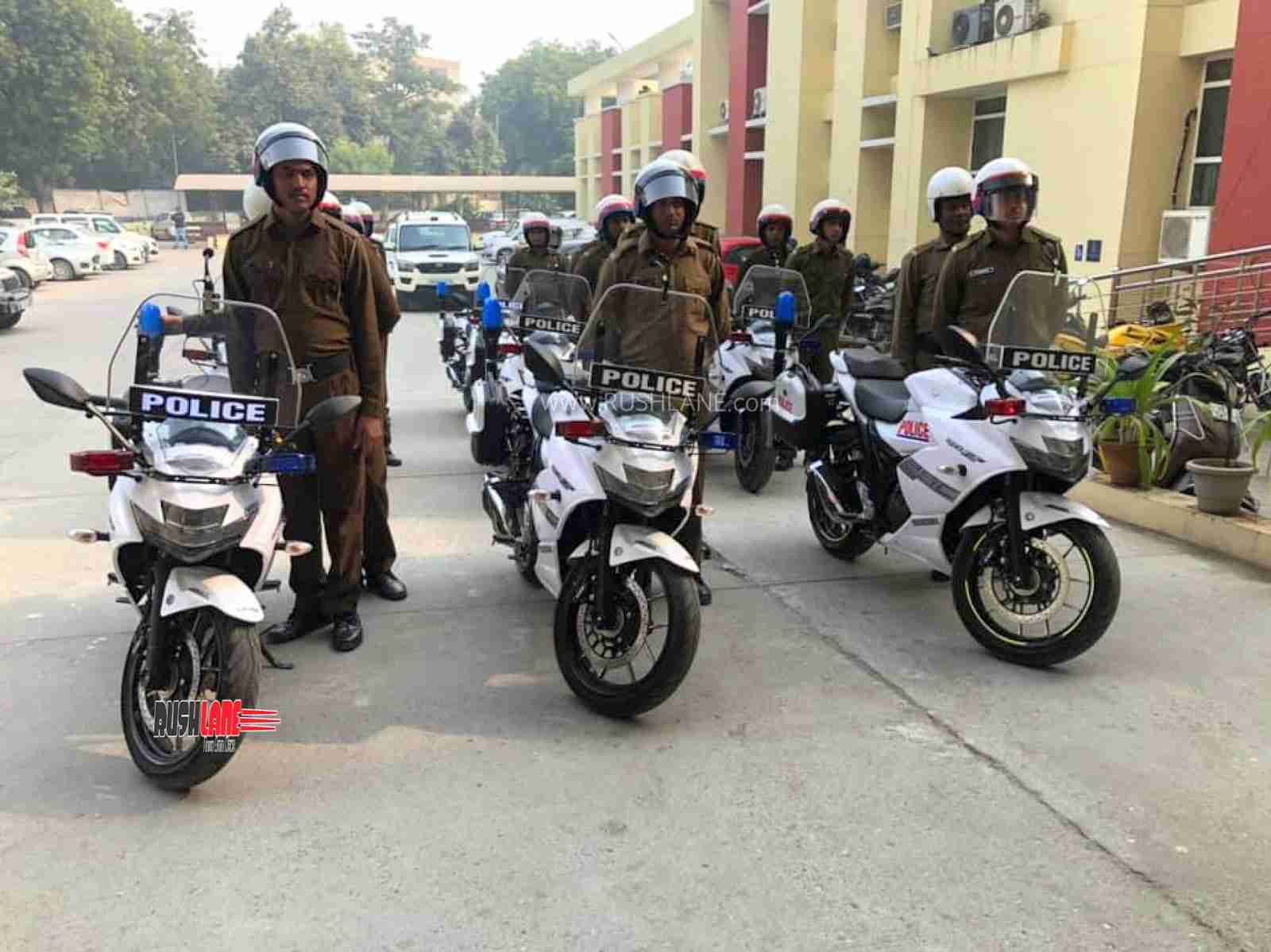 The white paint is in fact unique to the police fleet, and isn’t available on sale. Similarly, the bikes are fitted with red and blue beacons upfront, and come with side boxes. There’s police stickering on the side boxes, body panel and up front on the windshield. There’s also a baton holder in the rear. On the outside, all else remains the same as on a stock bike.

The Suzuki Gixxer 250 SF fleet for their patrolling squad are customized to meet the department’s requirements. Kitted with the aim to support the police force maintain law and order in the city, the fleet will be used for regular patrolling. 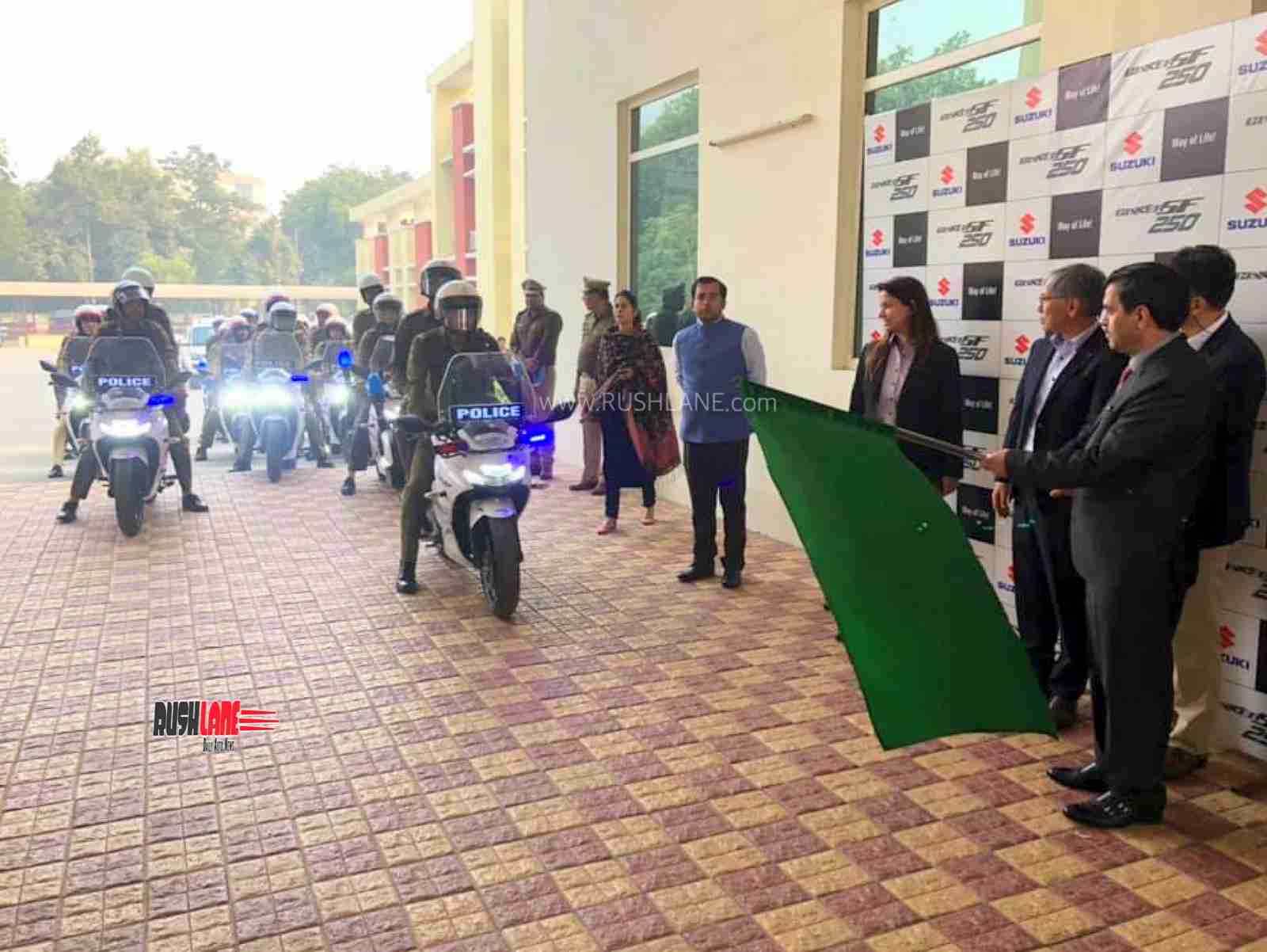 Meanwhile, Gurgaon Police has also initiated its Beat Cycle patrol. With this, all stations will have a minimum of two cycles, and coppers using them are required to wear a helmet. The cycles will display the station name it’s associated with as well as the copper who’s using it. Regular patrolling supplies such as a notebook, flashlight, and a baton are to be carried at all times. While the new additions will ensure a level of fitness, and vie for top green honours, patrolling through narrow streets will be convenient on a cycle.