Suzuki Jimny gets Land Rover and Mercedes styling kit – Which one looks better?

All new generation Suzuki Jimny was showstopper at the company stall during 2018 Paris Motor Show earlier this year. It is here that the small SUV from Japan made its mark in the European market. In Japan, demand for Jimny is already off the roof. Suzuki is working overtime to meet demand. Production too has been increased.

The already attractive small off-roader has now received styling kit from Japan based modifiers called DAMD Inc. A total of two styling kits are on offer – one is to make it look like the Mercedes G Class, and the other is make it look like a Land Rover Defender. Below are the first official photos shared by the company. Launch will take place in 2019. 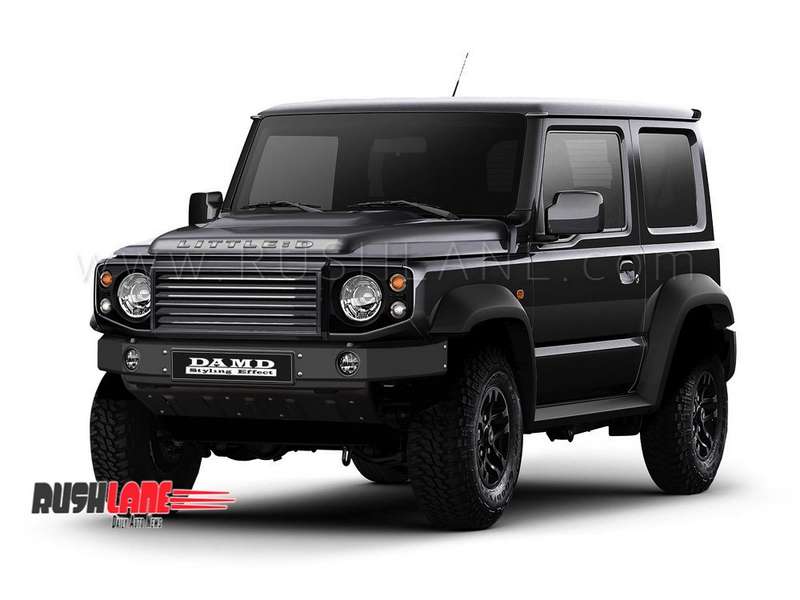 The fourth generation 2018 Suzuki Jimny off-roader follows a boxy design with a ladder frame construction. It gets a four wheel drive with low range gears and high profile tyres. The rear seats can be arranged to face each other or face the front. The Jimny boasts of new front grilles, rounded headlamp design and heavy duty bumpers. The wheel arches are seen in black cladding.The 2018 Suzuki Jimny measures 3,395mm in length, 1,475mm in width and 1,725mm in height. It sits on a 2,250mm long wheelbase while ground clearance is at 205mm.

Interiors of the Suzuki Jimny incorporate elements from the Ignis, Baleno and Swift. It gets air vents, touchscreen infotainment system as seen on the Ignis while automatic climate controls, switches and steering are similar in design to those seen on the Swift. Safety features include hill hold, descent control, electronic stability program and tyre pressure monitoring system. 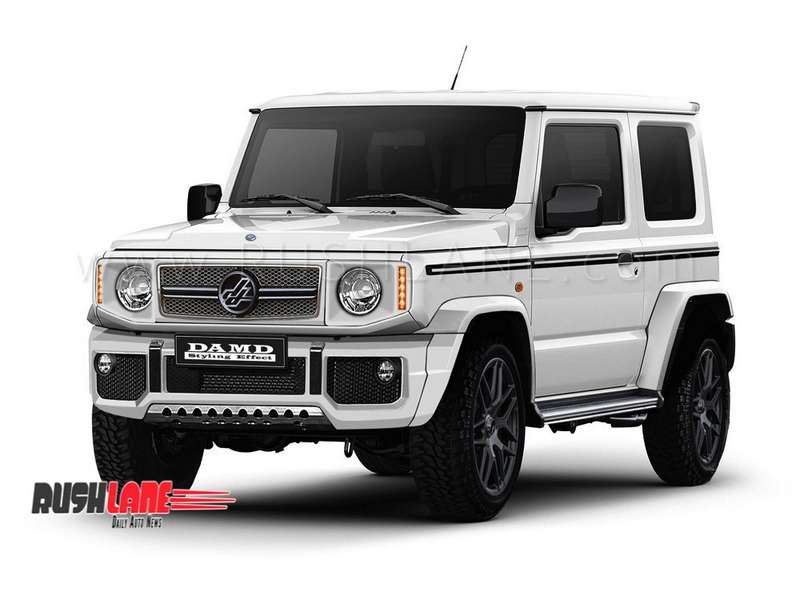 This new engine carries the same dimensions as compared to the engine it replaces with 15% reduction in weight, enhanced fuel efficiency and mated to a 5 speed manual transmission or 4 speed automatic. The new Jimny India launch plans have not been confirmed. But with the Gypsy getting discontinued next year, it is possible that Maruti launches Jimny as its replacement.