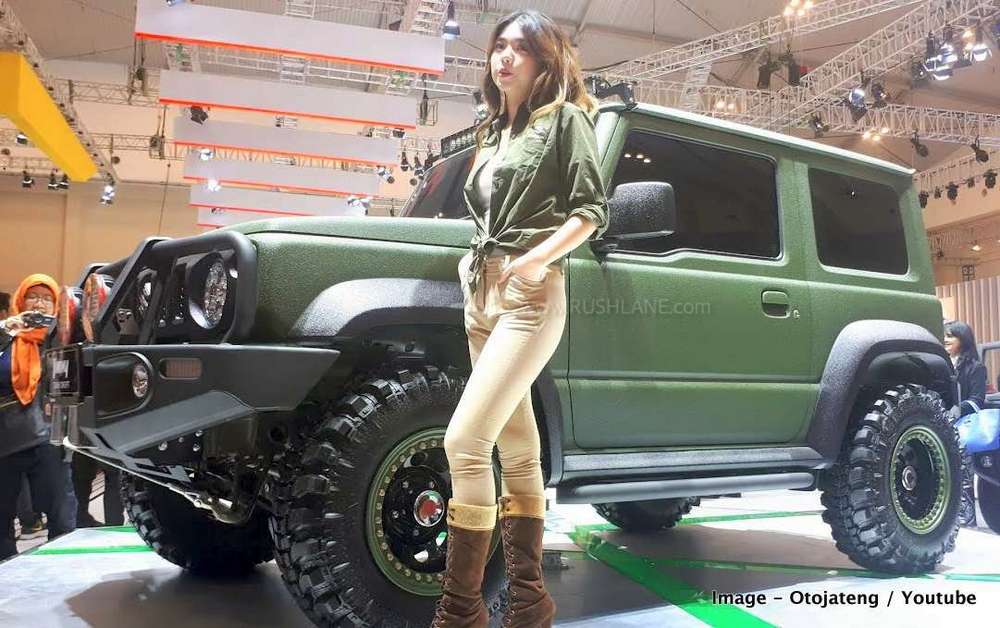 The Suzuki Jimny has been beefed up in stature and stance; has been shown off at the 2019 Gaikindo Indonesia International Auto Show in a concept format. This Jimny 4×4 variant is called the Suzuki Jimny Tough Concept. It sports numerous changes so as to enhance the off roading capabilities.

The changes seen on-board the new Suzuki Jimny starts off from the ground up. It now boasts of ground clearance of 360mm as against standard ground clearance of 210mm. It is painted in a Jungle Green colour and finished with a scratch resistant resin.

The paint is textured with a non-glossy finish while the 4X4 now sits on off road Savero Komodo Extreme tyres from GT Radial. It receives dampers from Old Man Emu, springs from ARB with metal bull bar in the front. It is also seen with new spot lights and side steps, a revised rear bumper design and LED light bar mounted on the top along with a spare tyre on its tail gate. 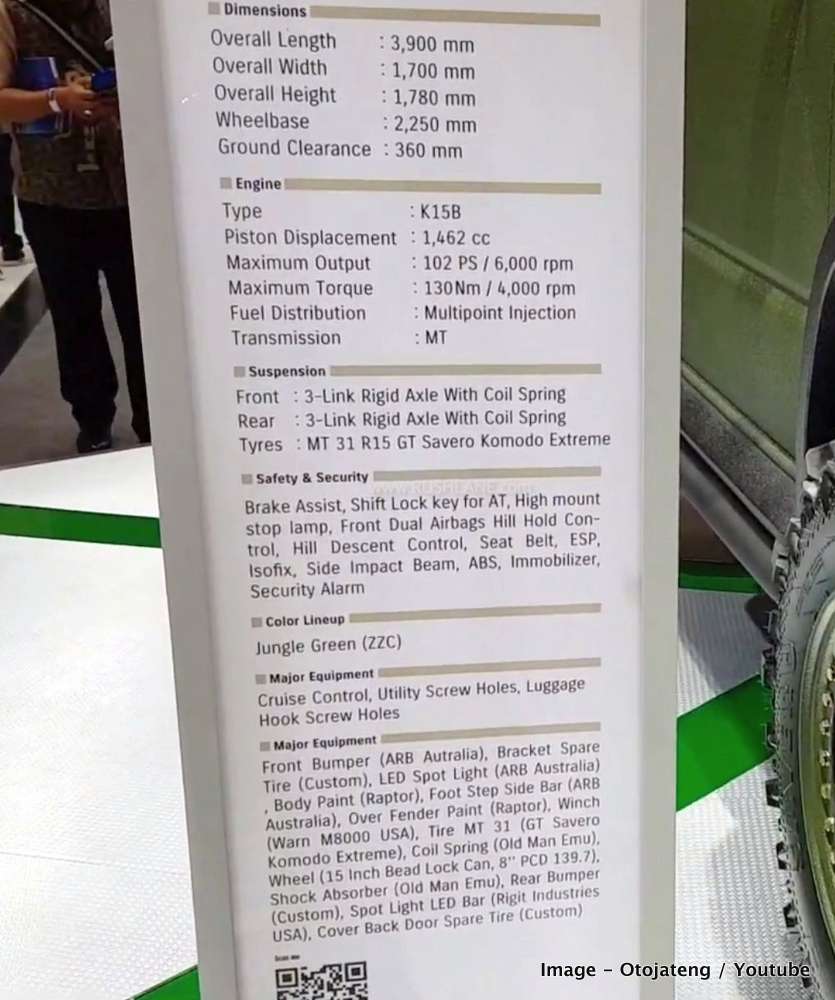 Suzuki Jimny Tough Concept sees no changes in its engine specifications. It continues to be powered by the same K15B 1.5 liter petrol engine offering 105 PS peak power and 130 Nm peak torque mated to a 5 speed manual transmission sending power to all four wheels.

The fourth generation Suzuki Jimny, which is currently produced at the Suzuki’s production line in Kosai, Japan, gets updated interiors. It is seen with Bosch sourced SmartPlay infotainment system with Apple CarPlay and Android Auto.

Unconfirmed reports claim that the Suzuki Jimny would be entering production in India for export to international markets. The company has axed the Maruti Suzuki Gypsy giving rise to speculation that the Jimny 4X4 could take its palace.

If it does really enter production in India and goes on sale within the country, it could be the most economically priced off-roader. It will compete with the Mahindra Thar. Production is slated to be conducted at the company’s new plant near Mehsana, Gujarat.