Suzuki Jimny gets its toughest 4×4 mod job yet – Black Bison by Wald Int.

The mod job done on the Sierra version of the Jimny, receives a four piece LED lighting setup on its front bumper which has also been revamped with a new grille design, headlamp covers and an aero bonnet. 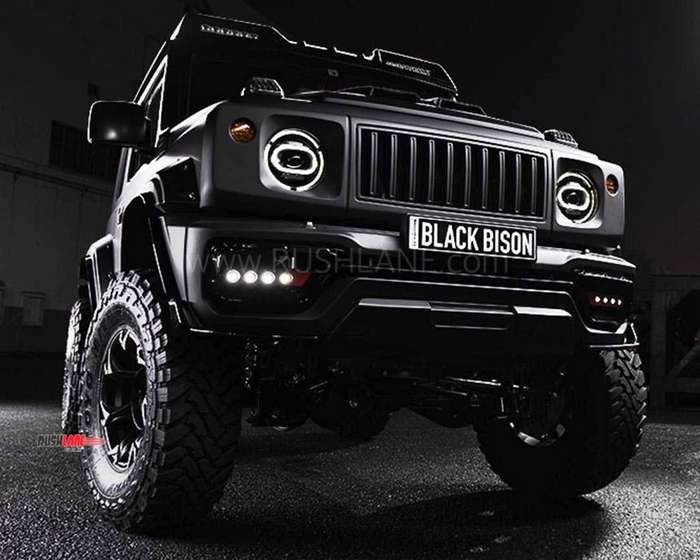 The fenders are connected with front and rear bumpers with large off road tyres while twin LED light bars extends to the roof in the front and at the rear wing at the back. A new roof spoiler is also a part of the makeover while to enhance its sinister stance, the Jimny is painted in matte grey paint with black elements.

The Suzuki Jimny Sierra Black Bison gets its power via a 1.5 liter, 4 cylinder engine also seen on its stock model offering 100 hp power and 130 torque mated to a 5 speed manual while it is also available with a 4 speed automatic. 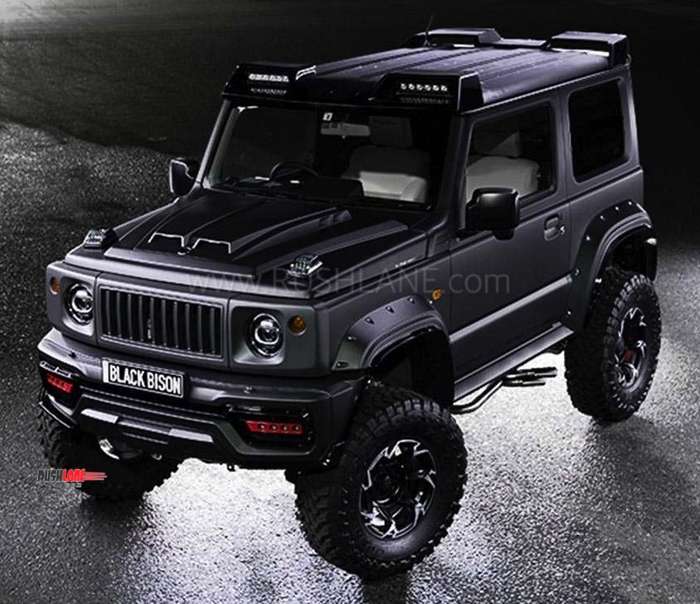 Suzuki Jimny has been on sale in international markets for some time now where it has a fan following. It is offered in Japan in two variants – Jimny and Jimny Sierra. The Jimny is priced between Rs 9.06 lakhs to Rs 11.85 lakhs while Jimny Sierra prices start Rs 10.94 lakh and goes up to Rs 12.82 lakh. Prices are converted to Indian currency for reference. The car is not on sale in India.

But there is a possibility that the Jimny is launched here in India. The reason being, Gypsy (2nd gen Jimny) will soon go out of production as it will not meet safety norms. To replace Gypsy, Maruti might launch Jimny. Additionally, to meet global demand, Suzuki might decide to produce the Jimny at their plant in Gujarat India. This will make India an export hub for Jimny. If the Suzuki Jimny does make it to India, it could be positioned below the Vitara Brezza in the company line-up.