Inspired by the immense popularity of Kawasaki’s Z900 RS roadster, Suzuki has gone retro too with the unveiling of Katana 1000 at INTERMOT 2018. It remains to be seen if the upgrades will allow Katana to regain its pride that was once lost to Kawasaki’s Z range. Launched in 1981, the GS1000-based Suzuki Katana had acquired iconic status and it was one of the most popular bikes for several years. 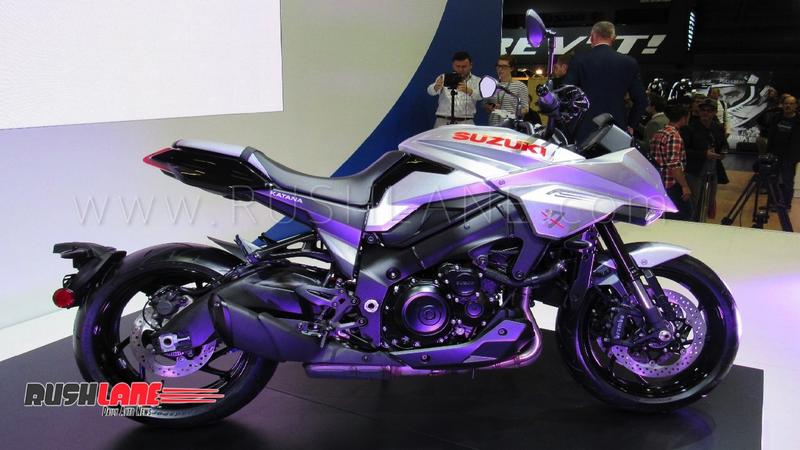 New Suzuki Katana 1000 utilizes the GSX-S chassis that looks more formidable than ever with its radial Brembo front callipers, USD forks, GSX-R swingarm and twin-spar beam alloy frame. It’s a lot beefier as well, weighing 215 kg, which is around 6 kg more than its predecessor. However, Katana continues to be a naked beast, with minimal skin to cover its muscular profile.

Upgraded Katana utilizes many of the features of the old bike such as the Katana logo that can be seen on the dash and graphics. Also reminiscent of the iconic katana is the fairing/tank cover. Pillion rider seat comes in a dual-tone theme, which looks classy. 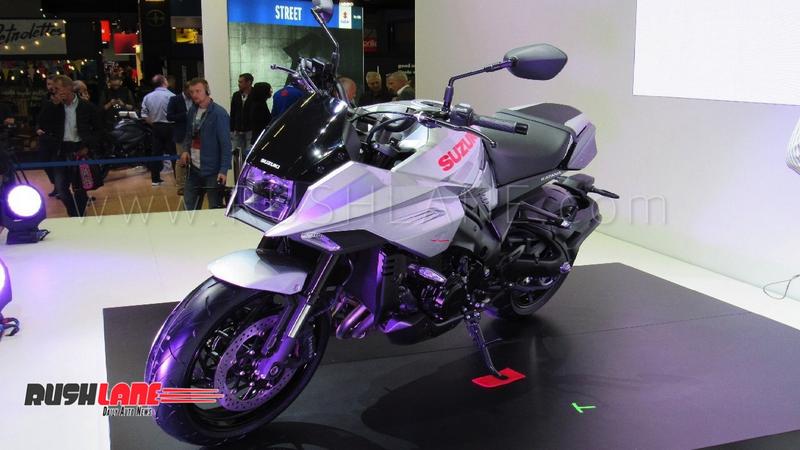 Talking about the mechanics, Katana 1000 has borrowed most of the stuff from GSX-S. At just 12 litres, the fuel tank also seems miniscule considering the beast’s appetite. Suzuki may have its reasons for the diminutive fuel tank, but it can create problems, as the rider will have to refuel every 150 kms or so.

There is a report which states that Suzuki is working on a more affordable variant of Katana, which will be launched in the future. This will be in the form of 700 cc Katana. The new 700 cc motor will be turbocharged and could deliver in the region of 90hp.