Suzuki Motorcycle India might introduce an all-new e-scooter on the market soon. Focused on ease of use and cost-effectiveness, patent images of the made-in-India e-scooter have been leaked online. Various reports state that it would be launched by mid-2021 but the present state of affairs brought about by COVID-19 might affect this proposed timeline.

Rumours regarding the e-scooter have been circulating on the internet for about a year but this is the first time anyone has received an idea of its basic design. At least in its patent format, the internals is as simple as they can get. By employing tubular and square-section components for the chassis, input costs can be cut down by a good extent. Furthermore, a simpler design is analogous to shorter production times.

Suzuki apparently plans to launch it in potential markets across Europe and Asia. From the looks of it, Suzuki’s upcoming e-scooter seems perfect for both personal and fleet use (such as smart mobility services). 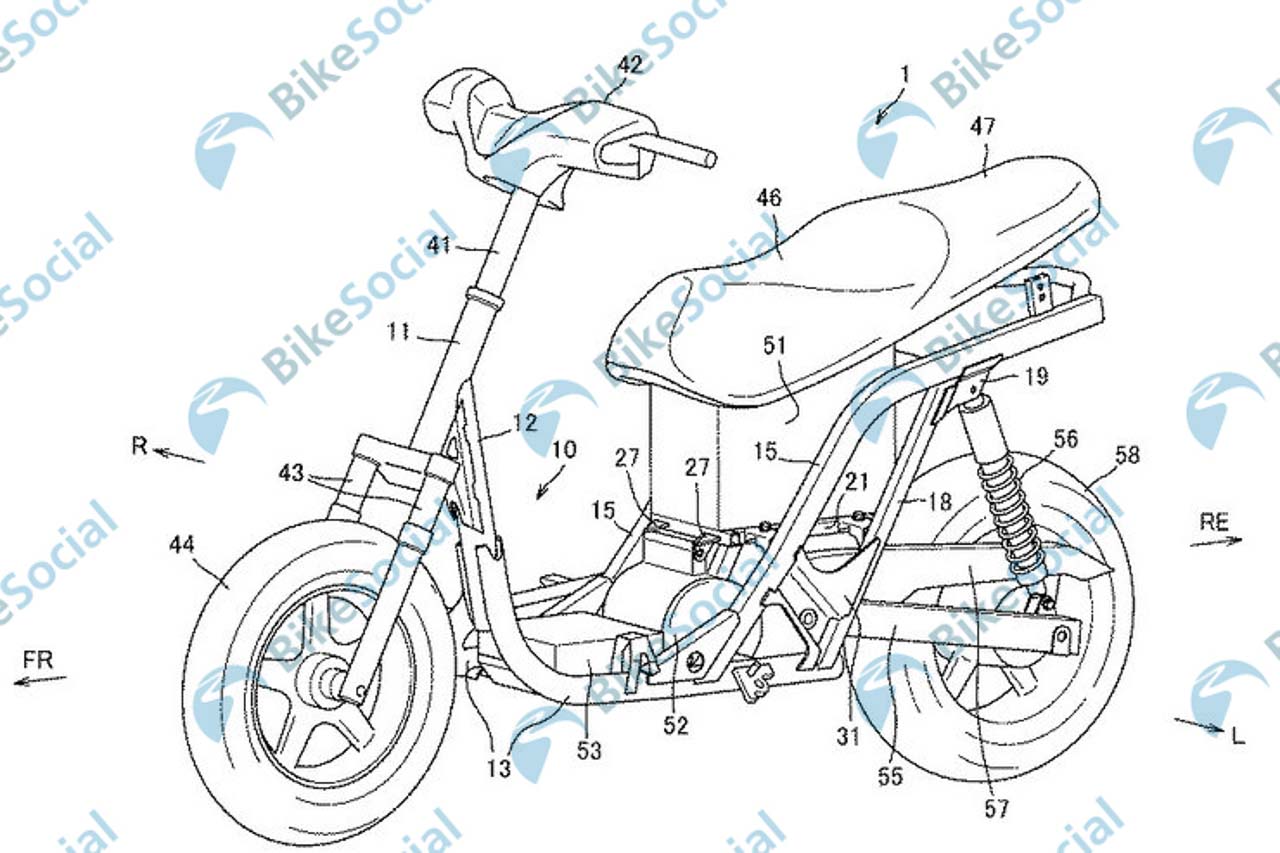 The images clearly showcase the arrangement of the lithium-ion battery pack under the seat. For easy charging or swapping, it is a removable unit. Without a fast-charger, electric vehicles usually take several hours to attain full charge from empty. While overnight charging is a recommended workaround, battery-swapping has proved to be the most convenient option.

To confine all its mass to the centre, the motor has been brought to the middle section rather than being a hub-mounted system. It powers the rear wheel using a belt drive. The control system and important electronics are placed below the rider footboard. Unless Suzuki develops a well-thought shell, storage space is virtually non-existent in the scooter. On the other hand, the product would be primarily used for daily office commutes or small-scale shopping runs which do not demand a lot of storage.

It is too early to comment on its output characteristics. Purely from a design point of view, the new Suzuki e-scooter might be able to hit a top speed of around 40km/h. It could travel roughly 40-50km on a full charge.

The Indian automotive market is still at an infant stage when it comes to compelling electric vehicles. In the four-wheeler segment, there are only a few electric choices while the two-wheeler market (mostly scooters) are flooded with EVs across a wide price range. The industry has shifted to BS6 emission norms which had demanded a lot of investment in ICE products.