It’s unlikely to be launched in Indian market, but that does not stop car enthusiasts from drooling over Suzuki Swift Sport. Built for power and superior styling, Suzuki Swift Sport is available in international markets such as Japan, Australia and UK.

The car already looks bold & beautiful, but now, leading Japan-based car customizer Kuhl Racing has enhanced its styling even further. Kuhl Racing has modified the car and created a complete aero kit for Swift Sport and we must say the final outcome looks absolutely ravishing. 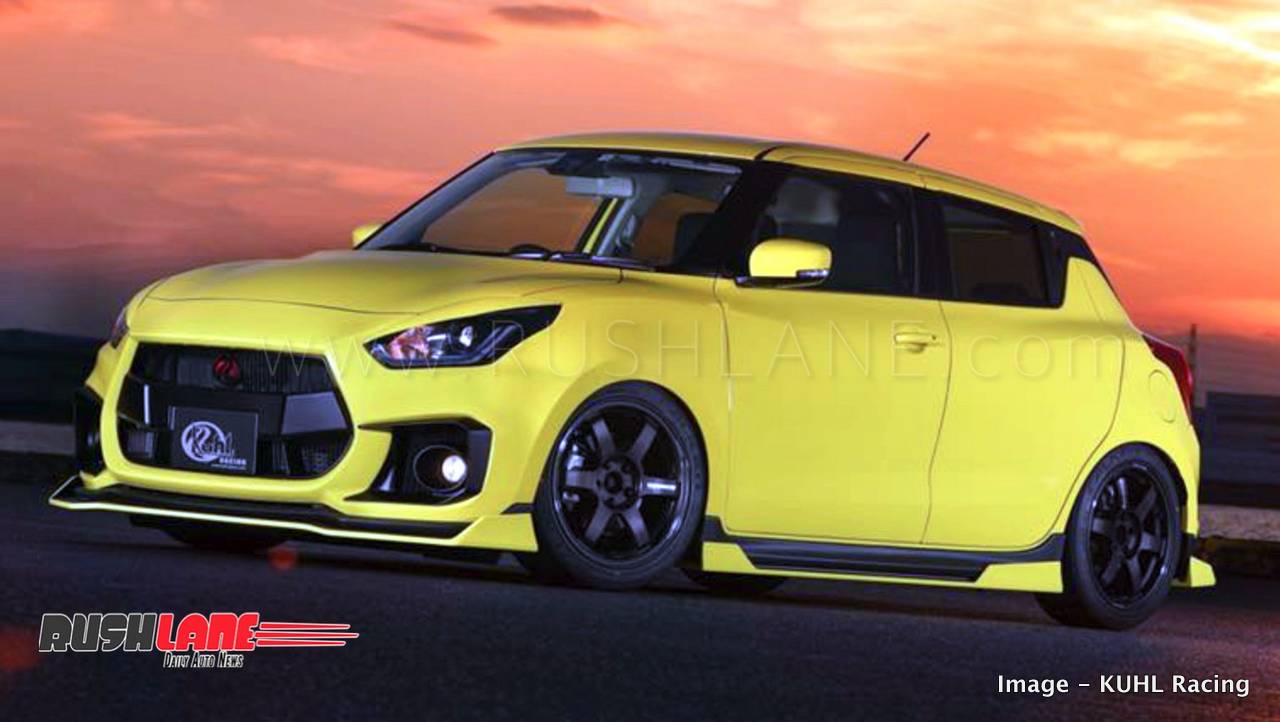 On the front, the bumper gets a prominent front splitter and stylized winglets at the edges. These modifications render a striking, squarish jaw profile to the front-end, which gives it a dominating appearance. The front is now a lot livelier as well with body-coloured ‘eyebrows’ added to the headlamps.

On the sides, we can see asymmetrically designed skirts that immediately grab your attention. To match the road-hugging feature of sports cars, the modified car’s suspension has been tweaked to reduce ground clearance. Alloys have also been customized and now they are noticeably larger, featuring wider tires for improved traction and stability at high speeds. 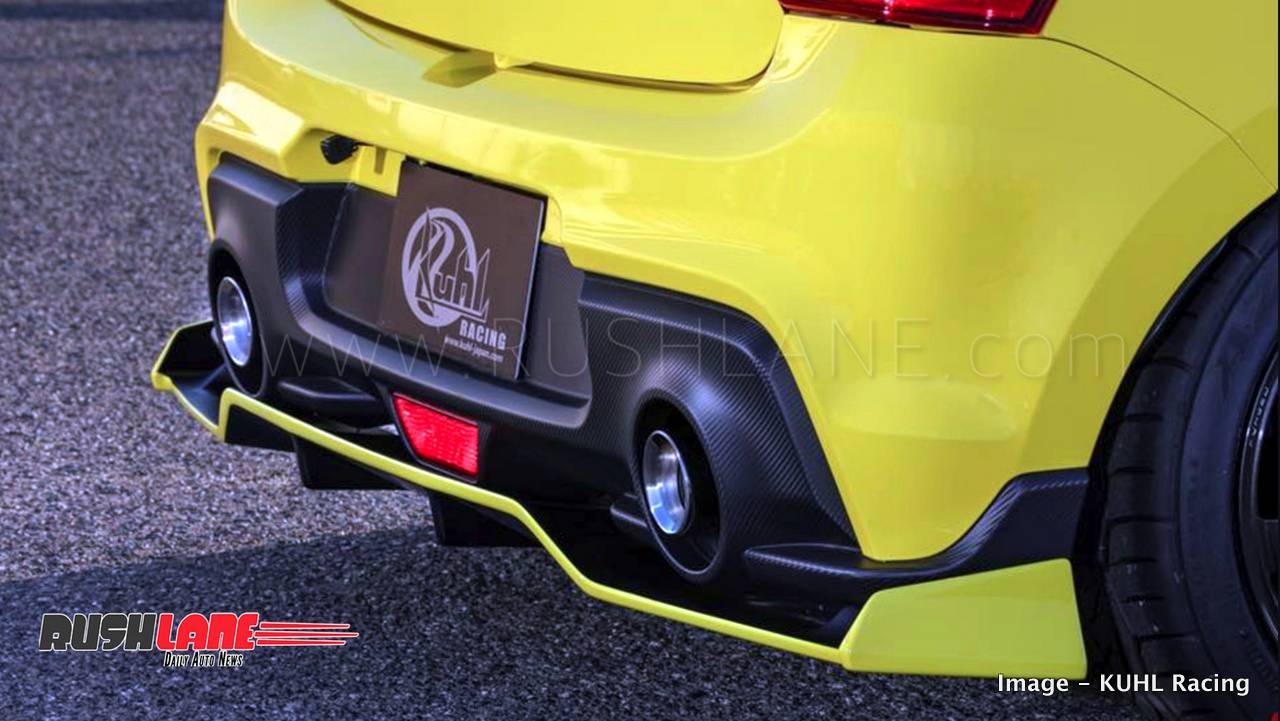 At the rear, the restyled bumpers come with a large rear diffuser and dual tailpipes are beautifully encased in faux-carbon housing. Suzuki logo and badging have been replaced with that of Kuhl Racing. However, no changes have been made to the interiors or the car’s performance. May be Kuhl Racing will consider that as a separate project in the future.

Original Suzuki Swift Sport has a 1.4-litre Boosterjet turbocharged petrol engine that delivers max power of 140 PS and max torque of 230 Nm. Engine is mated to a 6-speed manual transmission that drives the front wheels. A notable aspect about Swift Sport is that it can reach 0 to 100 kmph in just 8.1 seconds. Suzuki also claims that the car has achieved top speed of 210 kmph.

The reason why Swift Sport may not be launched in India is that its 1.4-litre Boosterjet engine is quite costly. Coupled with high duty on imports, the ex-showroom price of Swift Sport will be too high for this segment. Costly hatchbacks have failed to get customers in India, as can be seen with earlier launches such as Volkswagen GTI and Abarth 595. Indian customers with more money to spare will most probably choose a top-end sedan or SUV, which is why Suzuki is unlikely to launch Swift Sport in the Indian market.