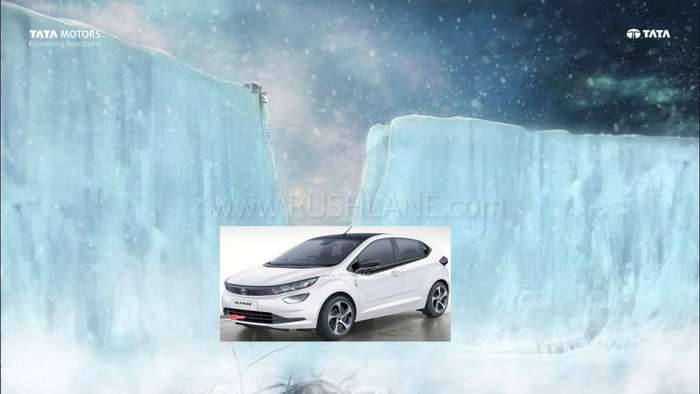 Unveiled at 2019 Geneva Motor Show, Tata Altroz has been spotted undisguised at Tata Motors plant, alongside a (White) Harrier. Altroz is the first Tata car to be based on the company’s new ALFA architecture and second in terms of utilizing Tata’s Impact Design 2.0 philosophy. Harrier was the first to get Impact Design 2.0 and it has already become one of the best selling SUV in the segment. Tata Motors will definitely want to achieve something similar with Altroz when it is launched later this year. And to do that, they will be pushing a lot on marketing, similar to Harrier, or even more.

We’ve seen all manner of marketing but this one, as ambiguous as it is, fills us with hope. For those who are fully prepared because ‘Winter is coming’, Tata Motors has just connected to a popular theme. The 10 second video of Tata Altroz Game of Thrones Edition reveals (you know) nothing, barring the notion of a GOT edition, and that ‘Altroz is coming’. Bold, considering the word it replaces. The music isn’t as pulsating as what GoT offers, but yes, the wall is seen coming down.

Only this is bang smack from the centre, instead of from the edge, at Eastwatch by the Bay. Probably, a wrongly angled clip from a wide angled shot. Well for those who who swear that ‘Winter is coming’, the wait is as over as Game of Thrones season 8 premiers in less than 48 hours. Yes, the Altroz is coming too but for now that can wait. For those who are waiting for Got Edition Altroz, below is the teaser video.

Coming back to the car, Altroz has stylish exteriors, which is a key factor governing sales in premium hatchback segment. There are a lot of design similarities with Harrier, but Altroz has some distinctive features as well such as prominent front grille with vertical and horizontal slats, wide bumper, sweptback LED lamps, rising window line and dual-tone alloy wheels. Rear door handles are mounted on C-pillar, which adds more oomph to the snazzy exteriors. At the rear, Altroz features edgy LED tail lamps, contemporary tailgate, Altroz badging, and chrome finisher.

Tata Altroz will be utilizing the same petrol and diesel engine as can be seen on Nexon. The 1.2 litre turbocharged Revotron petrol engine generates 110 PS power and 170 Nm torque while the 1.5 litre turbocharged Revotorq diesel engine makes 110 PS and 260 Nm. Both engines are mated to 6-speed manual or 6-speed automatic transmission. Launch is expected in the coming months. It will be priced at around 5.5-8 lakh and take on rivals such as Maruti Baleno, Hyundai Elite i20, Honda Jazz.