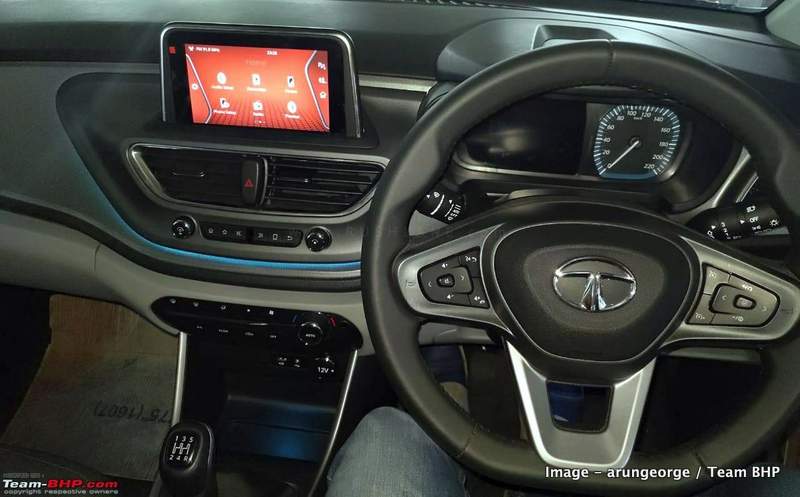 New Tata Alroz comes forth with the Impact 2.0 design philosophy that made its debut on the Tata Harrier. This premium hatchback is based on the Tata ALFA – Agile Light Flexible Advanced modular architecture and gets some innovative design elements throughout its exterior.

These include pillar mounted rear door handles, split roof spoiler, turn lights on the edges of the front doors and large wheels with 16” alloys slated to make their way onto top spec variants. The Tata Altroz measures 3,988mm in length, 1,754mm in width and 1,505mm in height with a wheelbase of 2,501mm. 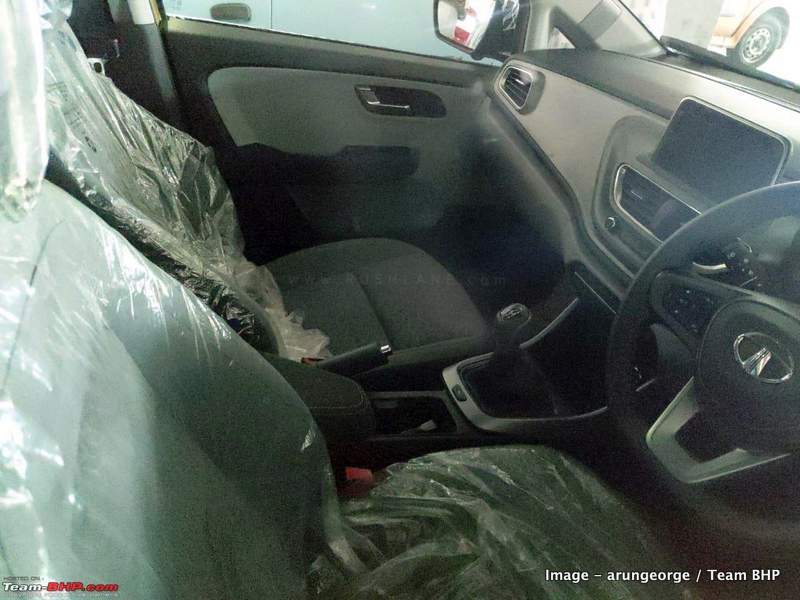 Interiors of the Tata Altroz will also spell some exclusivity. It will be seen with a multi layered dashboard, a flat bottom steering wheel, automatic climate controls, body colored bezels around the AC vents and features such as keyless entry, an analog speedometer and a touchscreen infotainment system which is positioned above the T Shaped central console. This infotainment system is compatible with Android Auto and Apple CarPlay with navigation system.

Tata Altroz is said to be the safest premium hatchback in India. Though official safety rating is not yet out, Tata had claimed in the past that they always aim for 5 star safety. To comply with new safety standards, the Altroz will get reverse parking camera, EBD, ABS and dual front airbags.

It will be powered by petrol and diesel engine options. The 1.2 liter turbocharged petrol engine will make 108 bhp power and 170 Nm torque while the 1.5 liter Revotorq diesel engine will be capable of 108 bhp power and 260 Nm torque. Both engines get mated to a 5 speed manual transmission. AMT maybe launched as well. Once launched, Tata Altroz will compete against the Maruti Suzuki Baleno, Honda Jazz, Hyundai Elite i20, VW Polo and the Toyota Glanza. Expect launch price of Rs 5.5 lakhs.

Along with Tata Altroz, the Altroz EV was also showcased at Geneva. Tata Altroz EV claims a range of 250 km and will be launched in India after the Altroz premium hatchback. It is most likely be the first Tata electric car in India when it’s launched in 2020. The Altroz EV will compete with Hyundai Kona, Nissan Leaf and the yet unnamed electric SUV from MG Motors. Prices are expected at around Rs.14 lakhs.