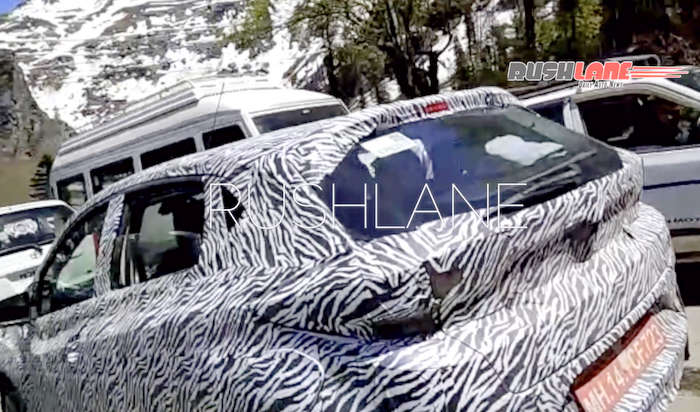 Showcased earlier at 2018 Auto Expo as the 45X concept, and unveiled at 2019 Geneva Motor Show, the new Tata Altroz is getting closer to India launch. Now spotted in a production ready format, the new Altroz hatchback will start arriving at dealerships by end of June 2019. This was revealed by Tata Motors at a dealer meet in Dubai recently.

Spied in Manali recently, the Tata Altroz was on its way to Leh, Ladakh region for high altitude testing by Deepak. Tata Altroz, the premium hatchback, which gets its name inspired by the Albatross, a majestic sea bird, will be regaled for its agility, speed and supremacy. It will be seen with the best in class features and performance and will be the company’s first product to be positioned on the new ALFA (Agile Light Flexible Advanced) Architecture.

The Tata Altroz gets a design inspired by the IMPACT 2.0 DESIGN philosophy also seen on the Tata Harrier. Its exteriors will boast of a Humanity Line front grille, large projector headlamps, LED DRLs, electrically operated ORVMs, swept back window line and an angular front bumper. It will sit on monotone finished wheels in its production guise unlike the diamond cut alloy wheels seen when it was displayed in Geneva. The Tata Altroz will measure 3,988mm in length, 1,754mm in width and 1,505 mm in height and get a wheelbase measuring 2,501 mm.

Tata Altroz is slated to be priced in a range between Rs.5.5 lakhs to Rs.8.5 lakhs so as to compete efficiently with the Maruti Baleno, Hyundai Elite i20 and Honda Jazz. The Manali – Leh highway opened last week for public. Below are a few images of the opening.