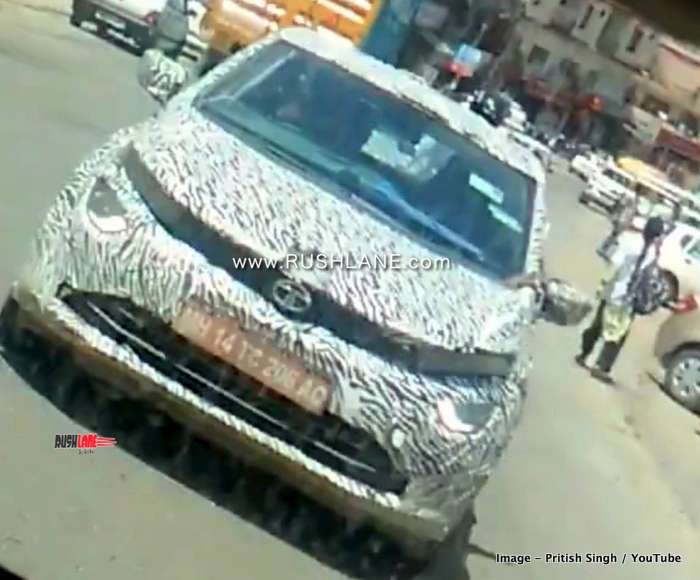 Tata Motors’ new premium hatchback named Altroz, after the Albatross sea bird, was showcased as the 45X concept at the 2018 Auto Expo. It made its global premiere at the 2019 Geneva Motor Show in March. Launch date is set for sometime in June 2019 with prices slated in the Rs.5.5-8.5 lakh range.

As of now, Tata Altroz is on performing high altitude cold weather testing. A total of 3 Tata Altroz test mules were recently spied by Pritish Singh, who has shared the video on his YouTube channel by the same name. In the video you can see how the three test mules and 1 Maruti Baleno RS are being driven together, all wearing MG14 number plate. MH14 is the area near Pune, where Tata Motors manufacturing plant and R&D facility is located.

Tata Altroz is a premium urban hatchback. It promises to deliver class leading agility, speed and efficiency. With Maruti Baleno being the best selling car in the segment, it is only logical that Tata is benchmarking the car against the Baleno. The RS variant of Baleno is top of the line petrol variant, which is powered by a 1 liter 3 cylinder turbo petrol engine which delivers 103 PS and 150 Nm via 5 speed MT.

The Altroz is the company’s first product to be positioned on the new ALFA (Agile Light Flexible Advanced) Architecture with its design inspired on IMPACT 2.0 DESIGN philosophy. Exteriors boast of a pointed nose, swept back headlamps, sleek grille, fog lamps and LED DRLs. It also gets a swept back window line, angular front bumper and prominent shoulder line. It is seen with flush door handles positioned on the C Pillars. It Altroz measures 3,988mm in length, 1,754mm in width and 1,505 mm in height with a 2,501mm long wheelbase.

Interiors can be noted with first in class features, it borrows inspiration from the Harrier and Nexon. It gets the largest touchscreen infotainment system, a T shaped central console and AC vents which are positioned under the central screen. The Altroz sports a digital analog instrument cluster, a flat bottom steering wheel and among its safety features, gets cruise control, dual front airbags ABS, EBD, rear parking sensors and ISOFIX child seat mounts as standard in India.

Tata Altroz will be powered by two petrol engine options. The 1.2 liter, 3 cylinder naturally aspirated engine from the Tiago which offers 83.8 bhp power and 114 Nm torque. It also receives Nexon’s 1.2 liter, 3 cylinder turbo petrol engine capable of 108 bhp power and 175 Nm torque. Diesel Altroz gets Nexon’s 1.5 liter turbo engine, which is detuned to deliver less power and torque, but more fuel efficiency. This is because Altroz could not accommodate Nexon’s larger 6 speed gearbox, and had to be fitted with 5 speed unit from Tiago. In addition to that, it is lighter than the Nexon by about 200 kgs. Entry level variant of Altroz weighs about 980 kgs.