The larger three-row variant of Tata Harrier continues testing ahead of its likely launch in early 2020. The new variant which will be marketed as a stand alone model with a different nameplate (Gravitas) is aimed at maximizing the potential of Tata Motors’ JLR-derived Omega modular architecture.

The 7-seat SUV made its global debut in near-production concept form under Buzzard nameplate at Geneva Motors Show earlier this year but at the time of unveil, the company stated that Buzzard is specific to international markets and the name for India is Gravitas.

Multiple camouflaged prototypes of Tata’s new flagship SUV have been spotted testing by automotive enthusiasts Erol, Anuj, Arya and Abhishek at different places in India. It is seen with a set of 18-inch alloy wheels identical to those seen on the Geneva show car. The three-row SUV features extruded rear overhang which increased the overall length by 63 mm to 4,661 mm. 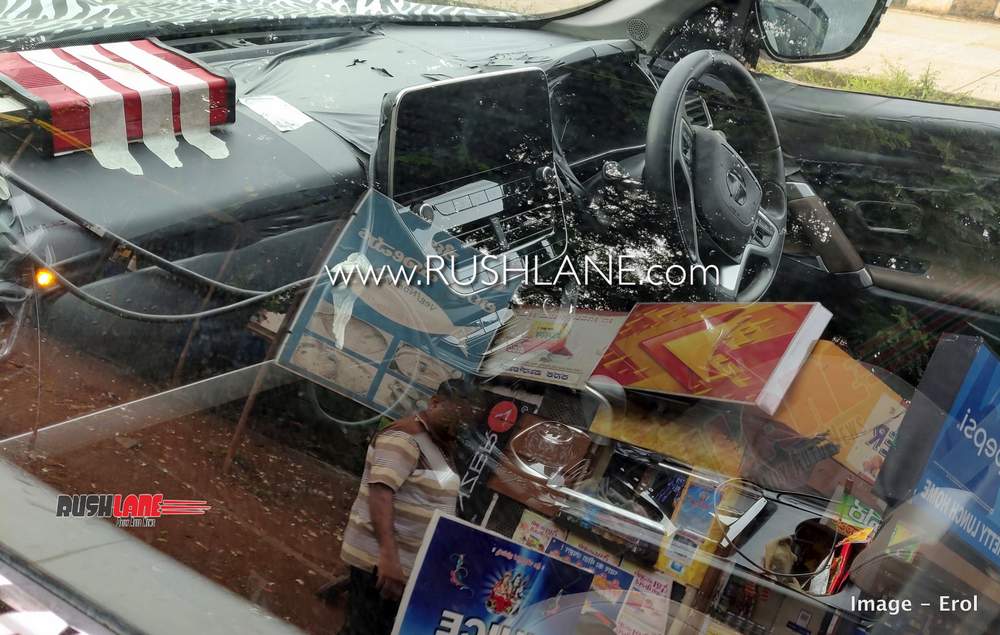 The height is also increased by 80 mm to 1786 mm. The additional volume is fully spent on making the third row habitable. The occupants of the rear most bench get dedicated AC vents, charging socket and USB-connectivity.

While the front end styling is identical to that of the Harrier, the rear fascia is boxier with an upright tailgate. Thanks to the new rear end, the Tata Gravitas looks decidedly bigger than Harrier. There is also a new rear spoiler, which is clearly seen in the latest spy shots.

Power will come from the same 2.0-liter turbocharged diesel engine sourced from FCA but the power output is expected to be pumped up to 170 hp compensate for the added heft. While a 6-speed manual transmission will be a standard fitment, Tata Motors will also offer a 6-speed torque-converter automatic unit sourced from Hyundai. This gearbox will also make it on board the Harrier in the coming months. AWD system is also a possibility.

The Tata Harrier has been facing immense pressure from the MG Hector and Kia Seltos. The company has been introducing minor and major updates to its premium crossover based on customer feedback to hold its ground. The introduction of 7-seater would help Tata mount a better onslaught against its rivals. The Tata Gravitas is estimated to command a premium of around INR 1 lakh over its 5-seater sibling.