As India enters its fourth stage of COVID-19 lockdown protocols, automotive facilities such as manufacturing plants, showrooms and service outlets in green and orange zones were granted permission to resume operations. Direct and indirect employees in the field have been advised to follow all safety guidelines issued by the health department

In the meantime, automakers have introduced online sales platforms to explore new possibilities of business since the industry, as a whole, has not made a full recovery from India’s COVID-19 crisis. Across brands, the focus currently lies on minimising further losses but certain brands have resumed development or testing processes (including road tests) of their upcoming products.

Automotive enthusiast Manoj Prabhu has spotted a test mule of the upcoming 2020MY Tata Gravitas on Chennai-Bangalore highway. It has been a while since we have come across a Gravitas prototype. This particular example rides on 6-spoke steel wheels that look as small as 15 inches. We do not think Tata Motors would add this wheel in the final production version, even in its base variant. 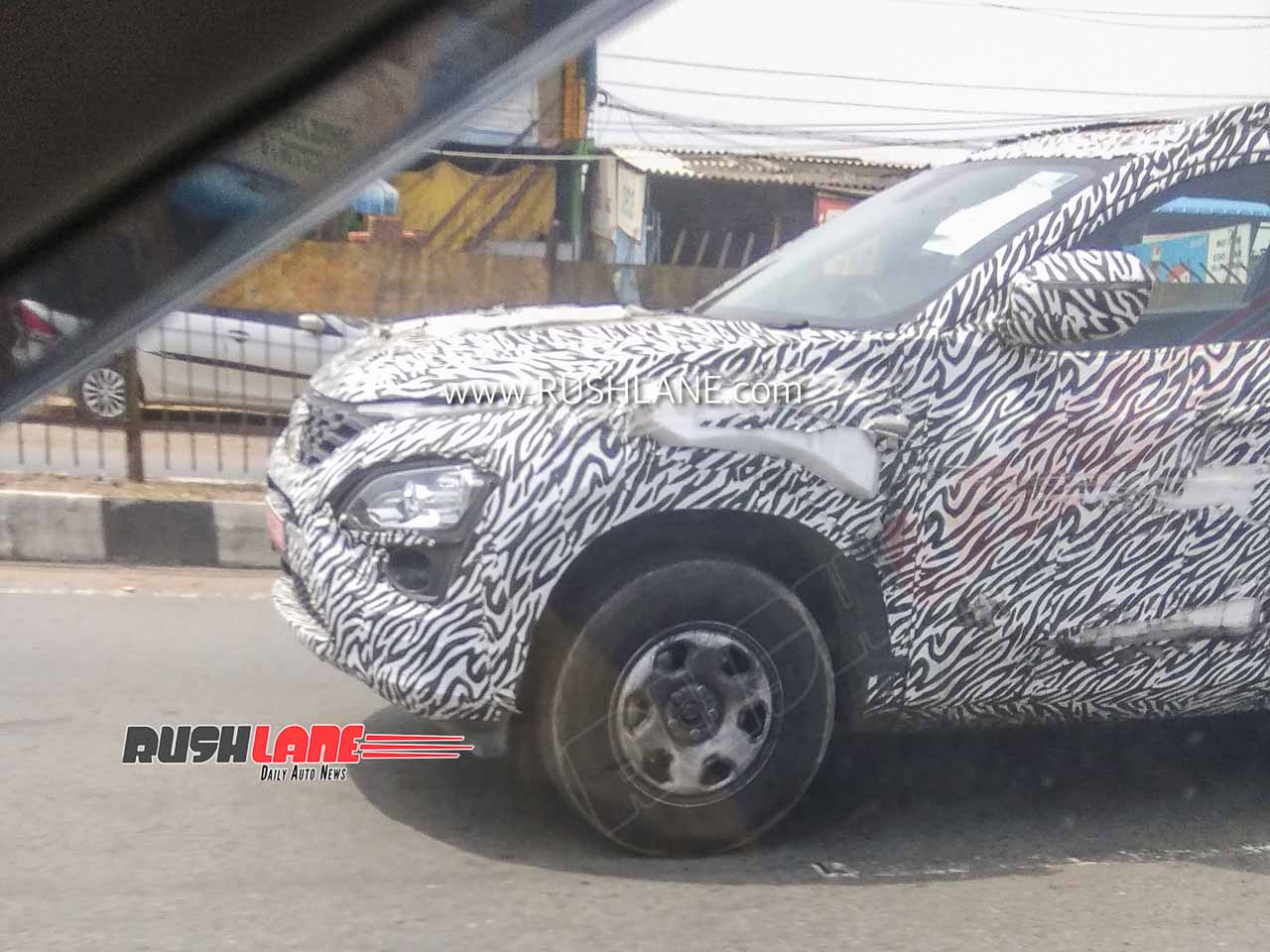 The Indian automaker had showcased the Gravitas in full at Auto Expo 2020 in early February. Essentially a three-row avatar of the Tata Harrier, it is aimed to be a potential upgrade for existing Aria or Hexa owners. On the other hand, Tata Motors might re-introduce the relatively outdated Hexa in BS6 format.

In international markets, the Tata Gravitas debuted as the Buzzard while its two-row sibling is named the Buzzard Sport. Powered by a BS6-compliant 2.0-litre Kryotec diesel motor (derived from FCA’s 2.0 Multijet II mill), output figures could be slightly different from the Harrier which packs 168bhp and 350Nm of torque. Transmission choices would remain the same 6-speed manual and 6-speed TC automatic. It remains unknown whether the Gravitas would come in an AWD format in the usual fashion of premium Tata SUVs. The example at Auto Expo 2020 was an FWD.

Tata Motors is reportedly working on a petrol-powered Harrier variant, with a 1.5-litre turbo four-cylinder powerplant derived from the Nexon’s 1.2-litre turbo three-cylinder unit. It is too early to guess if this engine would serve the Gravitas.

Once launched, the 2020MY Tata Gravitas will be a rival to the likes of Mahindra XUV500, upcoming MG Hector Plus. With Harrier and Hexa already priced in an overlapping bracket, it will be interesting to see how Tata prices the Gravitas at launch.