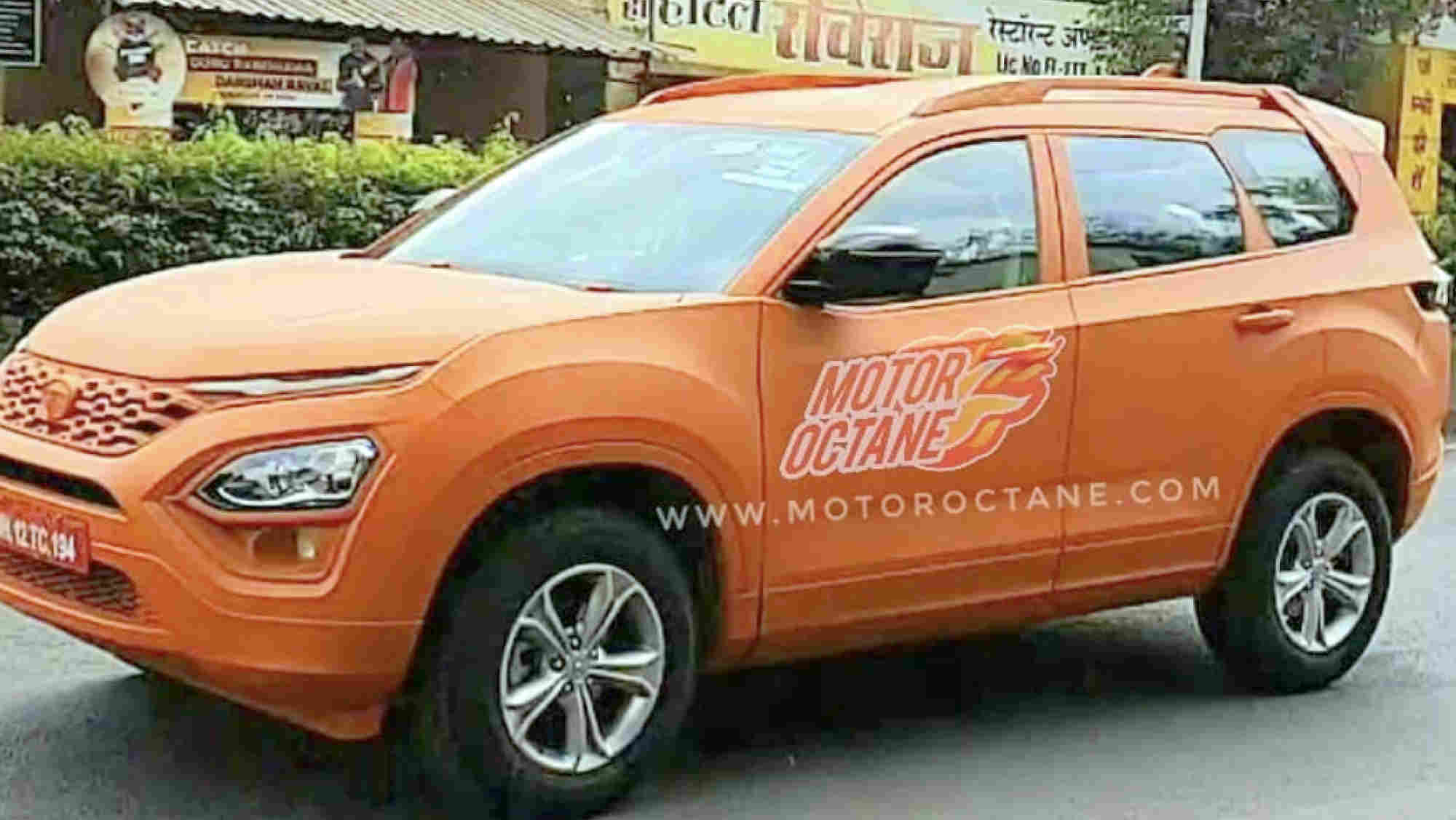 The Tata Gravitas has been spotted yet again on public roads, but now, in a crash mule avatar. The 7-seater Gravitas is one of the most awaited model-launches from Tata Motors and was spotted on our regular streets on multiple occasions, wearing heavy camouflage and not in a format you see here.

Regulations mandate that any new vehicle should be crash-tested (by respective organisations such as NCAP, ASEAN NCAP, etc.) before it can be made available to the public. Such crash testing mules are usually painted in special coatings or bright colours for efficient recognition, data analysis and real-time assessments by various sophisticated equipment used in the process. However, it is a rare sight to see such cars running on public roads rather than in a trailer.

The main difference between the Harrier and Gravitas obviously comes in the form of an extra row of seating. The front-end of the Tata Gravitas remains mostly identical to the Harrier with its unconventional headlamp positioning (that has eventually turned out to be a trend). The changes happen towards the extended rear section in the form of an entirely new quarter panel. There is also a set of roof rails that may have sufficient load-carrying capacity. 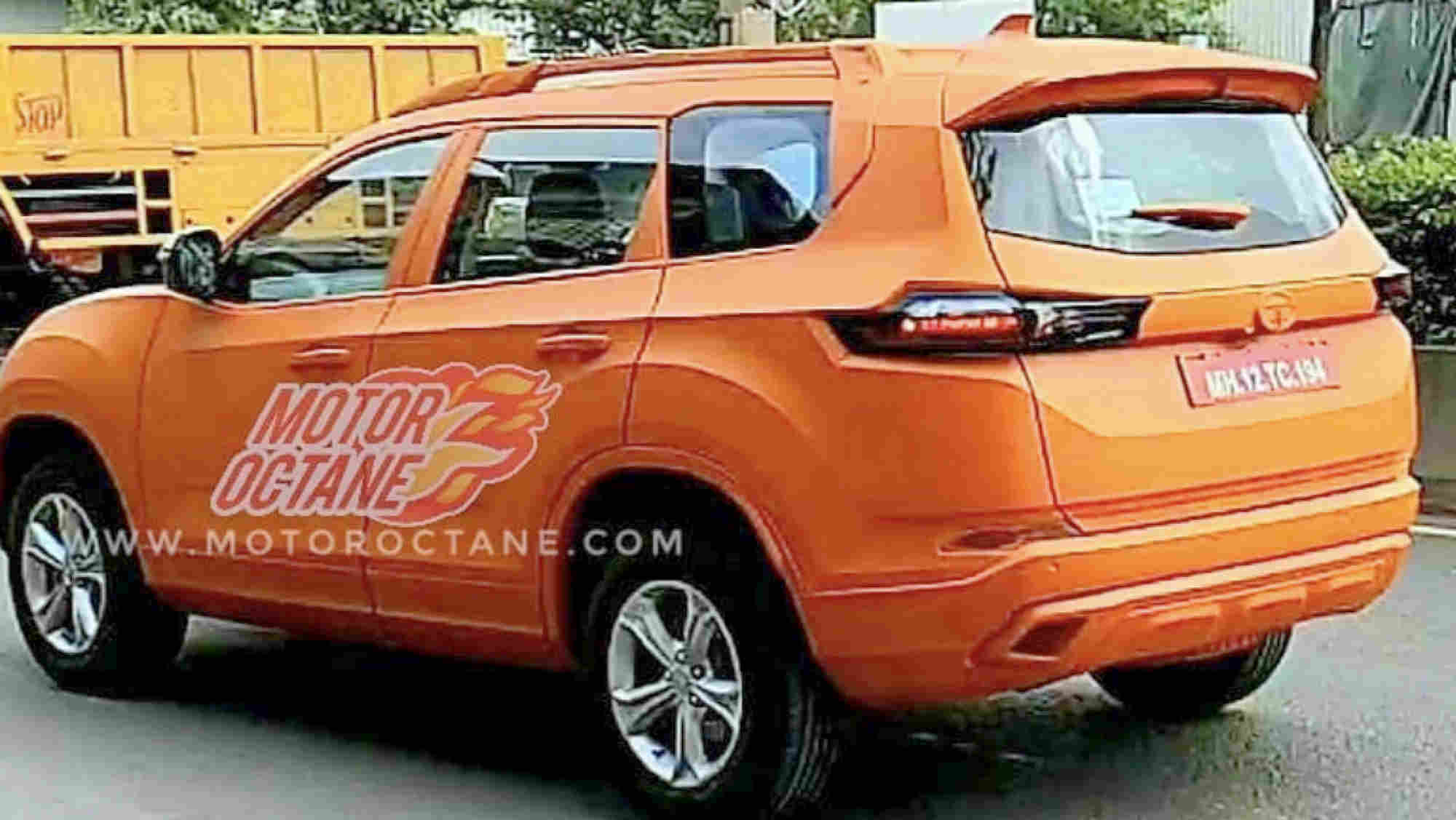 From the rear quarter, the Tata Gravitas gives a mixed vibe of the original Tata Safari; modernised with inputs from the Land Rover Discovery. Both the Harrier and Gravitas are based on Tata’s new Omega Arc platform, derived from Land Rover’s D8 architecture (which underpins the Discovery Sport).

The Tata Gravitas will come powered by the same 2.0-litre Kryotec diesel engine of the Harrier, which is basically a retuned FCA-sourced Multijet unit. In the Tata Harrier, the engine churns out 138bhp and 350Nm of torque. The same engine is also employed in the MG Hector and Jeep Compass in different states of tune.

The Tata Gravitas, being bigger, is expected to have a BS6 unit capable of making around 170bhp and the same (and sufficient) 350Nm. Transmission choices should include a 6-speed manual as standard while an automatic unit would be available in higher variants.

Expected to make its official debut at the upcoming Auto Expo 2020, the Tata Gravitas should carry a base price tag of around Rs 14 lakh ex-showroom. The Tata Harrier, on the other hand, was launched back in January 2019 at a starting price of Rs 12.69 lakh ex-showroom. The prices have seen slight variations from then on.