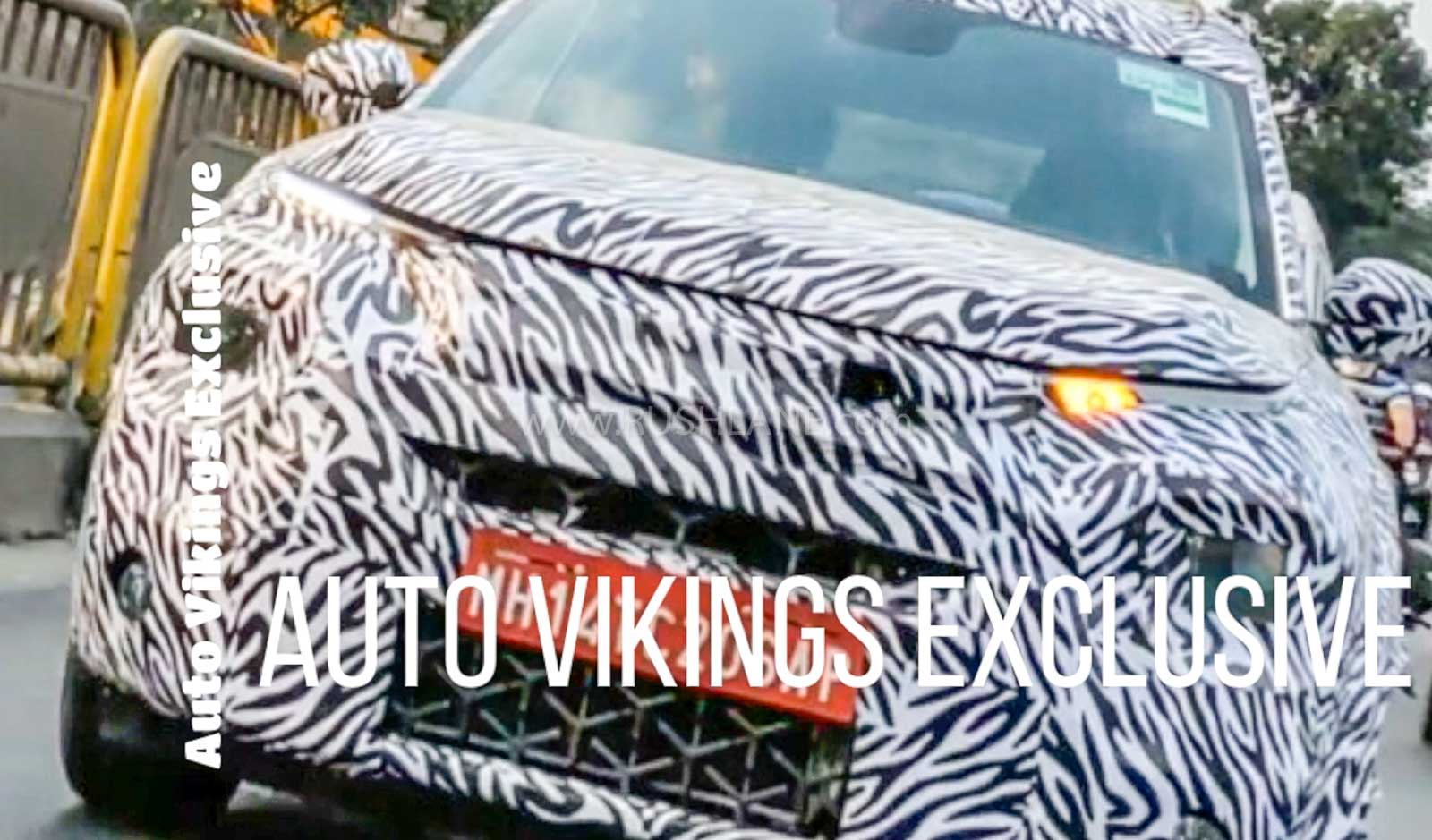 The H2X small SUV from Tata will be making its global debut in production-ready form at the 2020 Auto Expo. It is a rival to the likes of Maruti S-Presso.

Despite a slowing Indian automotive market, Tata Motors is clearly pumped up to launch multiple new products in 2020. After bringing in latest updates on the Tiago, Tigor and Nexon, the Indian car manufacturer is scheduled to bring in 12 new cars at the 2020 Auto Expo. One of these will be the production-ready H2X micro SUV, which is also known as Tata Hornbill.

Now, ahead of the Auto Expo debut, a production-ready test mule of the micro SUV was caught on test by YouTubers ‘Auto Vikings’. As per expectations, the SUV was heavily camouflaged and wore a red MH14 number plate (MH14 is the code for Pimpri Chinchwad area of Pune, where Tata Motors has its plants).

Talking about the H2X, it had made its global debut in concept form at the 2019 Geneva Motor Show. The micro SUV is based upon the AlfaARC platform, the same platform which also underpins the Altroz. Just like its siblings, the production-ready Hornbill will be having design elements in line with Tata’s Impact 2.0 design philosophy.

From the spyshots, it is clear that the overall profile of the production-ready Hornbill will be very similar to the concept which had debuted a year ago. On the front, it gets 2-part headlamps, LED DRLs, a grille which seems very similar to the 2020 Nexon, non-integrated turn-indicators and an overall sporty stance. There is heavy body cladding all around the vehicle, which adds to its SUVish looks. Other elements which can be spotted from the spyshots are the split rear spoiler and new alloy wheels. 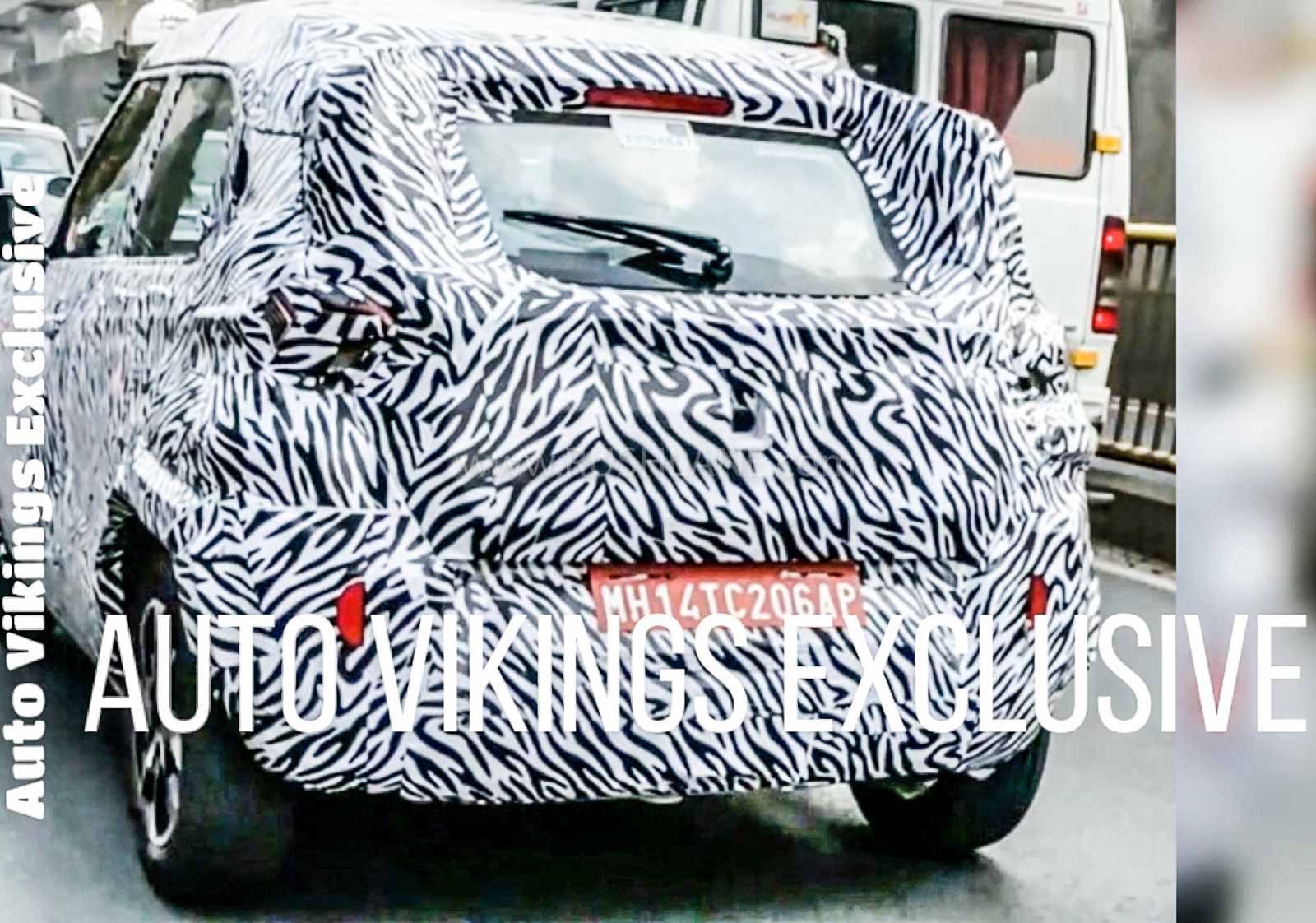 Interiors dashboard pic confirms presence of a stand-alone touchscreen infotainment system like the Nexon. Expect features like Harman Kardon music system, Apple Carplay and Android Auto to be on offer.

Under the hood, speculation suggests the Hornbill will be powered by a BS6 compliant 1.2 litre petrol motor which is also found on the Tiago and Tigor. However, Tata might plan to retune the engine to tweak the power output to suit the sporty nature of the Hornbill. Customers will mostly get an option to choose between a 5-speed MT & a 5-speed AMT.

On the safety front, Tata has confirmed that the Hornbill will get a 5-star safety rating. The claim seems to be worthy, considering that Tata already has 2 cars which have achieved the coveted 5-star safety rating. So it is safe to expect that the Hornbill will be getting 2 airbags, rear defogger, rear parking sensors, ABS & EBD as standard across the range.

Considering the current timelines, the Hornbill will mostly get launched just before the 2020 Festive Season (somewhere around Sep-Oct’20). Post launch, the Hornbill will be competing with the likes of Mahindra KUV100, Maruti S Presso and Grand i10 NIOS. Pricing is expected to be around the INR 5 lakh mark.