Tata Motors has launched the Harrier Camo Edition in India today. Prices start from Rs 16.5 lakhs, ex-sh. This is only Rs 10k more expensive than the regular Harrier XT, which is on sale at a price of Rs 16.4 lakhs, ex-sh. Tata Harrier Camo edition is being offered in 6 variants of XT, XT+, XZ, XZ+, XZA and XZA+. The two base variants of XE and XM do not receive the green paint job and Camo badging.

Initial examples have started rolling into company dealerships and deliveries are set to commence soon. Today, Tata Motors has announced the start of bookings for this new edition, which they are calling as ‘The New King Of The Jungle‘. 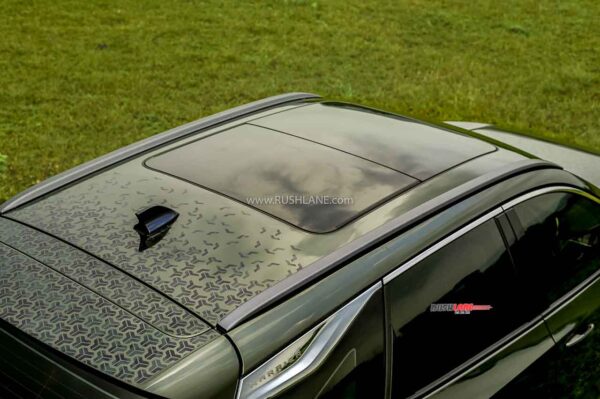 Deliveries will start ahead of the 2020 Diwali festive season and appeal to buyers who favour the colour green. The Harrier Camo Edition sports a Dark Green exterior colour scheme which is strikingly similar to the Foliage Green colour seen on the Tata Nexon.

The special edition Harrier Camo receives the Dark Green exterior colour scheme along with the same colour carried over to its alloy wheels while no interior changes are a part of this special edition. No prices have been announced as on date and could be released by the company very soon.

Mr. Vivek Srivatsa, Head, Marketing, Passenger Vehicles Business Unit, Tata Motors said, “Living up to our promise of New Forever, we are delighted to introduce an absolutely stunning rendition of our Flagship SUV- The Harrier CAMO Edition. The Harrier, in its CAMO avatar pays homage to the ultimate inspiration of this SUV i.e the Great Indian Outdoors, and the spirt & grit of the armed forces who spend a majority of their time in these outdoor locations, keeping our borders safe and secure. We are confident our customers will appreciate the strong, unique form of the Harrier, rendered even more robustly in the CAMO Edition, this festive season.”

Tata Harrier Camo powertrain options remain the same as seen on the regular Harrier. The 2.0 liter Kryotec diesel engine makes 170 hp power at 3,750 rpm and 350 Nm torque at 1,750-2,500 rpm mated to a 6 speed manual transmission and 6 speed automatic. No other mechanical changes are expected on the Camo Edition.

With the launch of Harrier Camo, Tata Motors can expect to post even higher sales of Harrier this month. Last month, Harrier posted sales of almost 2,400 units, which is its 2nd highest sales ever.