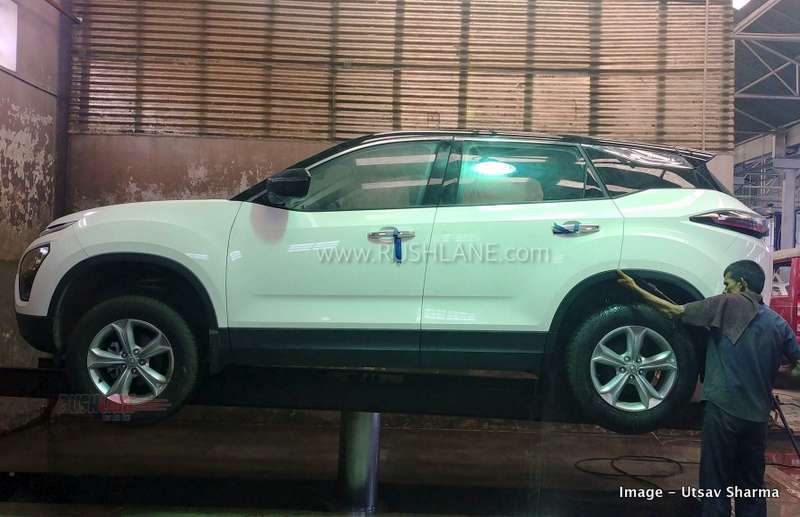 Tata Harrier launched early in 2019 sits on an all-new Omega platform based on Land Rover’s D8 architecture, which underpins Discovery Sport. A showcase of Tata’s IMPACT 2.0 design language, Harrier gets power from a 2.0-litre, 4-cylinder diesel that returns 140 hp of power, and 350 Nm of peak torque mated to a 6-speed manual gearbox.

Recently, Tata Harrier has had some silent upgrades announced. These are available for free for all existing customers, while new cars are being rolled out with these updates.

This includes a software update to improve its infotainment system. Steering wheel mechanism update makes for improved feedback and responsiveness. Responsive and Soft Touch clutch improves drive, and NVH levels have been improved. Below is the detailed invoice shared by Tata Harrier owner, Mr Utsav Sharma. 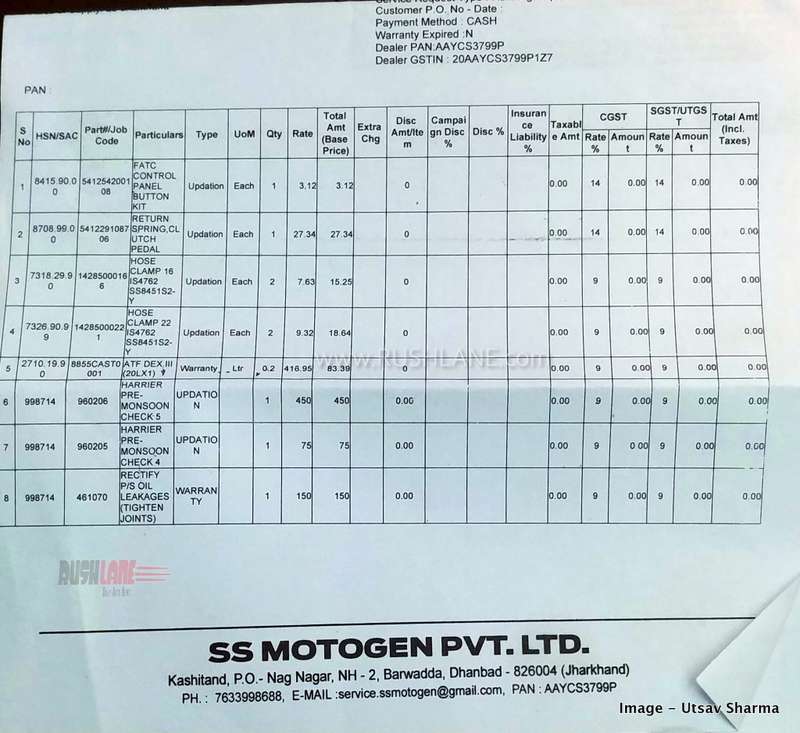 Speaking about steering update, as per the service center, many owners complained that the steering of Harrier was light. This update makes the Harrier steering feel a bit heavier, and more responsive and connected; thus allowing even more precise driving.

Another important update, was the change of spring in clutch pedal. Mr Sharma says, “Clutch travel has reduced and feels more fun to operate now.” In addition the the free updates, the authorized dealer also gave a dual tone finish to the Harrier SUV for Rs 15k (+ GST = Rs 17.5k).

Tata Harrier has officially launched Harrier with dual tone option, but that is only offered with top of the line variants, at a premium of Rs 20k. Authorized dealers are offering the same update for a lesser price as aftermarket accessory. But the difference is, if you get it changed as aftermarket, you will need to get the change registered at the RTO, and in your RC. But if you buy company painted dual tone, the same will already be mentioned in your RC.

Tata will soon launch sunroof, as an accessory. Though Tata missed out on launching dual tone, sunroof like features at launch, thanks to owner / customer feedback, they have now launched the same. Next launch planned is Harrier with automatic gearbox.

In its segment, Tata Motors faces competition from Hyundai Creta, Jeep Compass, Mahindra XUV500, and MG Hector. It will soon face competition from the Kia Seltos as well. While Tata Harrier is no doubt a favoured SUV, current market conditions, and increased competition in the segment have made sales a difficult ask.