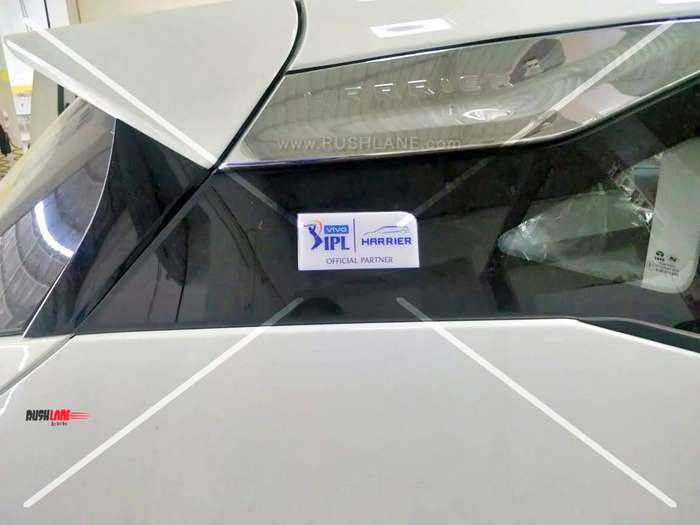 Tata Harrier, launched in India in January 2019 and priced between Rs 12.69 lakh and Rs 16.25 lakh, has been noting outstanding demand ever since launch. It has managed to topple the Mahindra XUV500 from its position and was the most popular model in March 2019 with sales of 2,492 units. Sales of the Mahindra XUV500 stood at 1,900 units while Jeep Compass came in third with sales of 1,400 units.

The 5 seater Harrier has seen bookings cross the 10,000 mark while waiting period has touched 4 months in some cities. Tata Harrier is positioned on the OMEGA (Optimal Modular Efficient Global Architecture) platform, derived from Land Rover’s D8. It is the company’s first product to be positioned on this new platform while it also boasts of the new Impact 2.0 design language.

Tata Motors has also associated with IPL this year. As a part of this deal, the car is displayed at all the stadiums where the matches are being played. In one match, the ball was hit by the batsman for a six, and it landed on the Harrier windscreen. Despite of a cricket ball hitting the windscreen, there was no damage. This video has amassed over 3.4 lakh views. Video can be watched below.

To celebrate the association with IPL, Harrier is now being shipped with two new cosmetic updates. One is, it is getting an IPL sticker which says that Harrier is the official partner of IPL 2019, and the other is Harrier name embossed on the chrome bit of D pillar. Apart from that, the car is same as before. These additions come as standard fitment, and not as accessory. Prices are same as before.

Interiors of Harrier remain same. They are loaded with best in class features, which includes 8.8 inch floating touchscreen infotainment system with high resolution display and next gen smartphone connectivity with Android Auto and Apple CarPlay along with voice recognition tech. Tata Harrier is also fitted with 8 speakers which deliver surround sound.

The dashboard is finished in Oak Wood with an anti reflective Nappa grain top layer. This gives the interior a more premium look and feel. Space is also best in class. Seats are in a 60:40 arrangement with 425 liters of boot space. Safety features of Tata Harrier include a total of 6 airbags, Electronic stability program with 14 different functions such as Hill descent control, EBD, corner stability control, ABS, etc.

Tata Harrier is powered by a Kryotec 2.0 liter diesel engine offering 138 bhp power at 3,750 rpm and 350 Nm torque at 1,750-2,500 rpm mated to a 6 speed manual gearbox as standard. Tata Motors is also working on an automatic transmission option which could make its debut later this year.