Tata Harrier, set for launch in January 2019 has entered production at Pune. It rolled off the newly constructed production lines, which besides being built in record time of 6 months also boasts of 90% automation levels and consists of over 1000 KUKA and ABB robots.

Ahead of official launch, the all new Tata Harrier has been spied in very less camouflage. These probably are the final road tests of the upcoming SUV. Tata Harrier is open for bookings at a down payment of Rs 30,000 while prices are slated to fall between Rs 13-16 lakhs. 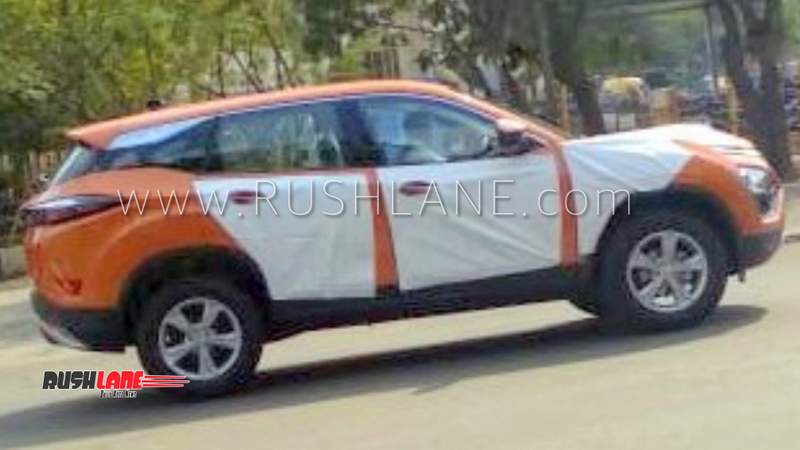 Tata Harrier is the first car from Tata Motors to be positioned on the OMEGA platform. This is a derivative of the Land Rover D8 platform wherein aluminum bits have been replaced by steel bits so as to bring down costs with all other key attributes remains the same. The 5 seater Harrier SUV shares its L550 platform with the Range Rover Evoque and Land Rover Discovery Sport. Its exteriors are noted with a large windscreen, high ground clearance and massive wheel arches. It also gets alloy wheels, distinctive creases on its bonnet and new fog lamps and tail-lamps.

Commanding a strong off road presence with capabilities to take on the most challenging of road conditions in the country, the Harrier has even been tested under extreme conditions at the high altitudes of Leh, Ladakh and Jaisalmer. Tata claims that the Harrier offers best in class driving dynamics and AC cooling. 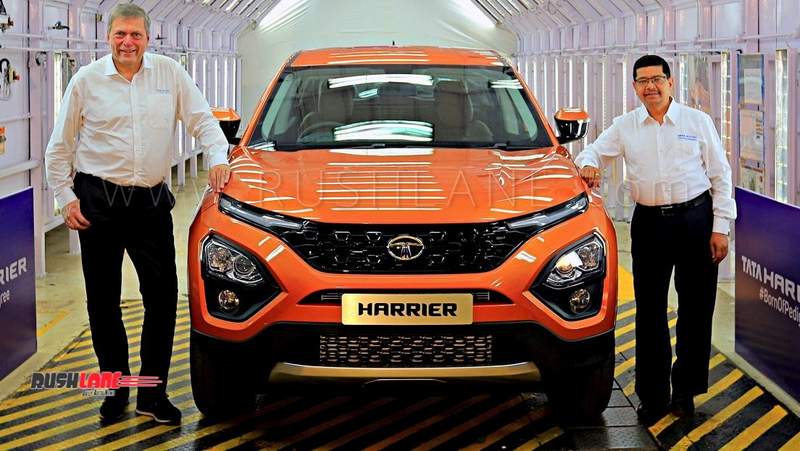 Interiors will be in a spacious five seater layout and will get a long list of features among which will be steering mounted controls, a dual tone dashboard, memory function for front seats and a touchscreen infotainment system. The Harrier will receive ABS and EBD along with airbags as standard besides hill descent control, traction control, ESP with roll over mitigation and reverse parking sensors.

Tata Harrier will be powered by a 2 liter Fiat MultiJet II turbocharged engine called a Kryotec engine. This engine offers 140 PS power and 320 Nm torque and gets mated to a 6 speed manual gearbox. Tata Motors will also offer an automatic option to comply with customer’s demands. It will compete against the Hyundai Creta and Jeep Compass once officially launched in India.