Tata Harrier is slated for launch in early 2019. It will be a strong competitor to the top end variants of Hyundai Creta and mid variants of Jeep Compass. Tata Harrier is a premium 5 seater SUV which was showcased in concept format at the 2018 Auto Expo earlier this year. Bookings have opened and several features have been disclosed to attract buyers to its fold. 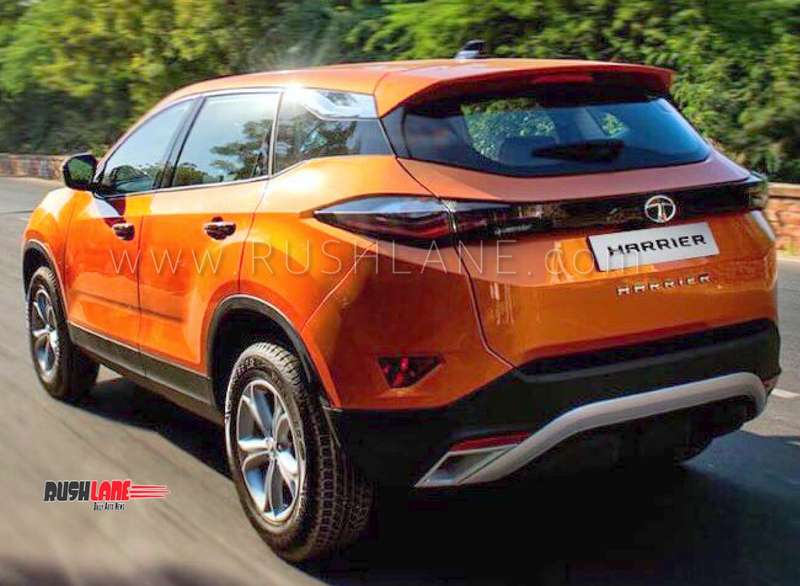 Tata Harrier is built on the company’s new Optimal Modular Efficient Global Advanced (OMEGA) platform. Its styling elements will be similar to those seen on its concept. It gets a cooled glove box, JBL sound system and puddle lamps which have been recently detailed but other than that it will be seen with flared wheel arches, dual tone bumpers, a raked windshield and wrap around tail lamps.

Its interiors will be seen in a brown and grey color scheme. It gets an 8.8” touchscreen infotainment system with Android Auto, Apple CarPlay, MirrorLink and Bluetooth. The cooled glove box is a first in class feature with under arm storage space for driver and front passenger to keep tin cans and paper cups cool via chilled AC air.

Engine specifications include a Fiat sourced 2.0 liter, 4 cylinder KRYOTEC diesel engine tuned to offer 140 bhp power and 320 Nm torque mated to a 6 speed manual gearbox. No automatic variant is announced as on date. This engine complies with BS VI emission standards. No pricing details have been revealed even though bookings of the Tata Harrier have opened at company showrooms. However, estimates put the Tata Harrier in a price range from Rs.13-16 lakhs.