Tata Motors is terming the feature deletion / changes as feature optimization. These are being done just ahead of the Harrier launch. Most recent changes implemented in November 2018 are installing piano black side AC grill bezel, door trim strip, and glovebox strip instead of chrome in the XM and XMA variants.

The chrome plated lower ring on the drive control switch has been replaced with a granite black painted ring in the XM and XM+ variant. Dual tail pipe in XE / XM / XMA / XM+ / XT variants are converted to a single tail pipe. 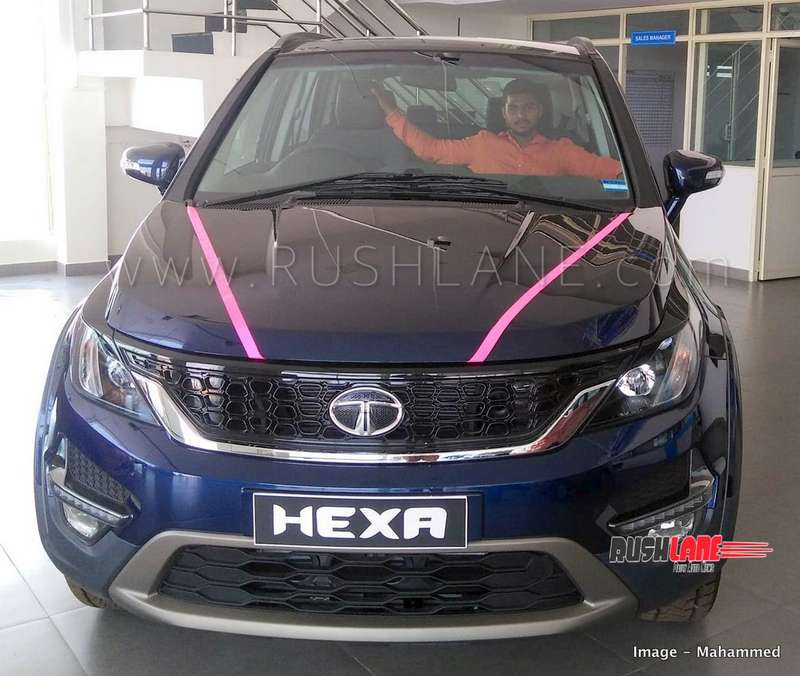 In October 2018, a single horn was introduced instead of a dual horn in the XE variant. The overhead goggle case in XT and XTA variant too have been deleted.

In August, feature optimisation in XE did away with body colour tailgate garnish and spoiler in favour of a black theme – Ebony black. The XE variant also lost its chrome garnished Hexa branding on D pillar, and dome wheel nuts were replaced with normal nuts. The spare stylized 16″ wheel rim was replaced with a xenon standard wheel rim. 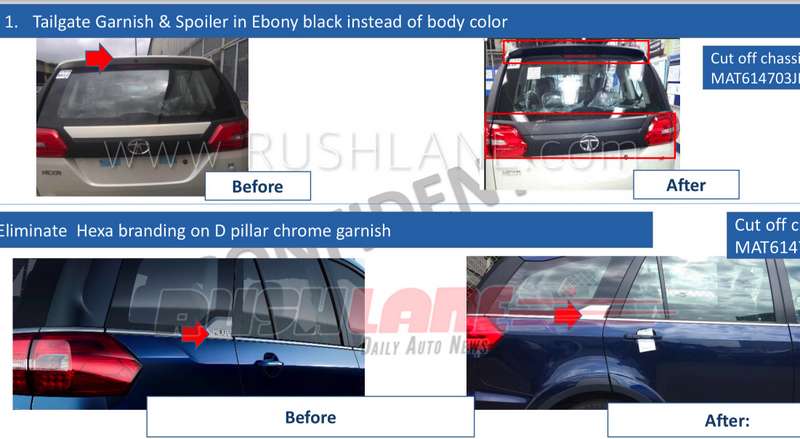 In July, XT and XTA variants lots the roof rail. XM variant seat fabric was changed to what was standard in XE. The passenger airbag switch, and indication lamp were removed as was the pre silencer from Hexa exhaust system. Since July, Tata Motors did away with the Platinum Silver vehicle colour for Hexa. 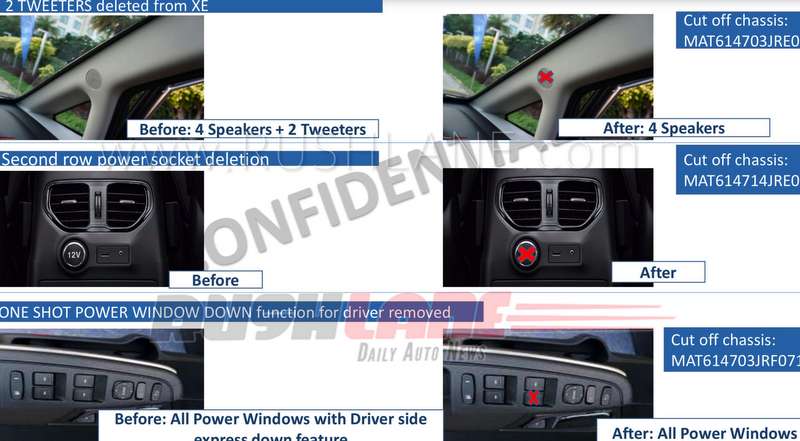 June is when the chop chop began. The XE variant lost 2 tweeters in the front, its second row power socket, and the one shot power window down function. Earlier the express all windows power down switch was located on the driver side door.

Out went the window roll blinds, and door styling strip, and the black 3M tape on A,B,C pillar. This meant body coloured pillars were a standard, and the Varicor branding near driver side ORVM too was ditched.

The chrome front and rear skid plate made way for chrome ones in XM and XMA variants. Both variants also lost the second row power socket, goggle / sunglass / cooling case, light on the co-passenger vanity mirror, and engine cover. XT and XTA variants did away with third row power socket. The printed infotainment manual was no longer provided with a Hexa purchase, and the stone guard protection too was removed.