With micro-SUVs gaining ground in the country, automakers are making plans for entry into this segment. While Tata Motors is readying its new micro-SUV, which is reportedly called Hornbill, it is learnt that Maruti Suzuki and Datsun also have micro-SUVs in the works.

Tata Hornbill SUV will most probably launch in India by 2020. It has been spied on test recently by Youtube channel ‘Out of Office’. The test mule was spotted near Erode, Tamil Nadu. 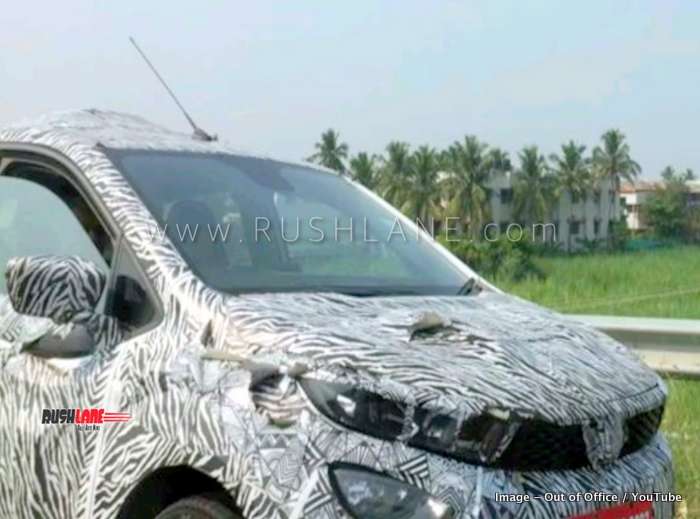 The Hornbill will be based on the Advanced Modular Platform (Alpha ARC), which is the same platform on which the premium hatchback 45X is based. This is also the reason that the design of the car is similar to that of 45X, but the dimensions are smaller.

The new micro-SUV will meet regulations put forth by Bharat New Vehicle Safety Assessment Program (BNVSAP). Tata Hornbill micro-SUV design is based on the Impact Design 2.0 philosophy and will sit below the Nexon in the company’s SUV line-up.

Its exteriors will be noted with a muscular design. You can notice the raked roofline and added ground clearance, more than that seen on the 45X Aquilla. The production spec model is expected to receive a squarish design styling elements borrowed from the Tata Nexon and it is this boxy design and higher ground clearance that will show off its SUV stance.

Though no engine specifications are detailed as on date, Tata Hornbill could be powered by a BS VI compliant 1.2 liter naturally aspirated petrol engine offering micro hybrid technology so as to meet emission norms. The engine will be mated to either a 5 speed manual or 5 speed automatic manual transmissions.

Prices of the Hornbill could start from around Rs.5 lakhs going up to Rs. 8 lakhs for its top spec model. It will rival the upcoming Maruti Y1K Micro-SUV besides the Mahindra KUV100 (XUV100) and Maruti Ignis.