Tata Hornbill SUV teased ahead of debut – Smaller than Nexon, to take on Ignis

Tata Motors plans a new offering in the micro SUV segment, which is codenamed X445 internally, and also known as Hornbill. Tata Hornbill will be positioned below the Nexon in the company lineup and will make its debut at the 2019 Geneva Motor Show tomorrow in a concept format. Ahead of that, the company has revealed first teaser of mini SUV.

Along with the teaser, Tata Motors has stated – “Outstanding in quality, muscular but athletic, agile and sporty. Future design direction from Impact 2.0 design language at #GIMS2019.” The new teaser confirms the presence of LED DRLs on the top, and headlight clustered along with foglamp, a similar setup to what we have seen in Harrier. 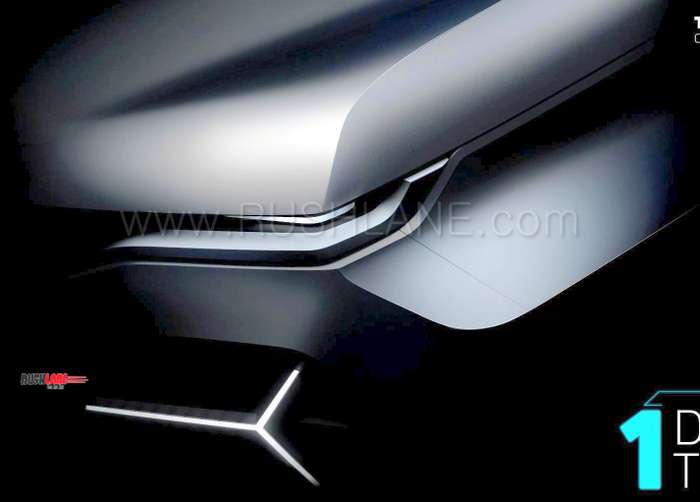 Tata Hornbill, as it is called on date, has also been spied testing in India. It features a more upright stance as compared to the Nexon. The concept will most likely be seen with massive wheel arches housing large tyres, a floating roof design and will sport the Tata signature Humanity Line front grille.

It will also get enhanced ground clearance and other features among which will be projector headlamps with LED DRLs, electric power steering with tilt adjustment, height adjustable driver seat, rear parking sensors, ConnectNext infotainment system and steering mounted controls with phone control. It remains to be seen how many of these features will make it to the production spec Hornbill.

Tata Hornbill micro SUV will be based on ALFA platform. It will be powered by the same engine lineup as seen on the Tiago. This will include a 1.2 liter Revotron and 1.05 liter Revotorq engine. The former will be capable of 85 bhp power and 114 Nm torque while the diesel engine will offer 70 bhp power and 140 Nm torque. Both engines get mated to 5 speed manual or AMT.

Since the Hornbill is positioned above the below the Nexon and just above the Tiago, prices are expected to start at around Rs.4.7 lakhs to go up to Rs.7.5 lakhs for the top end variant. It will have to contend with the Mahindra KUV100 and Maruti Ignis. Expect Tata Hornbill production variant to debut at the 2020 Auto Expo in February next year.