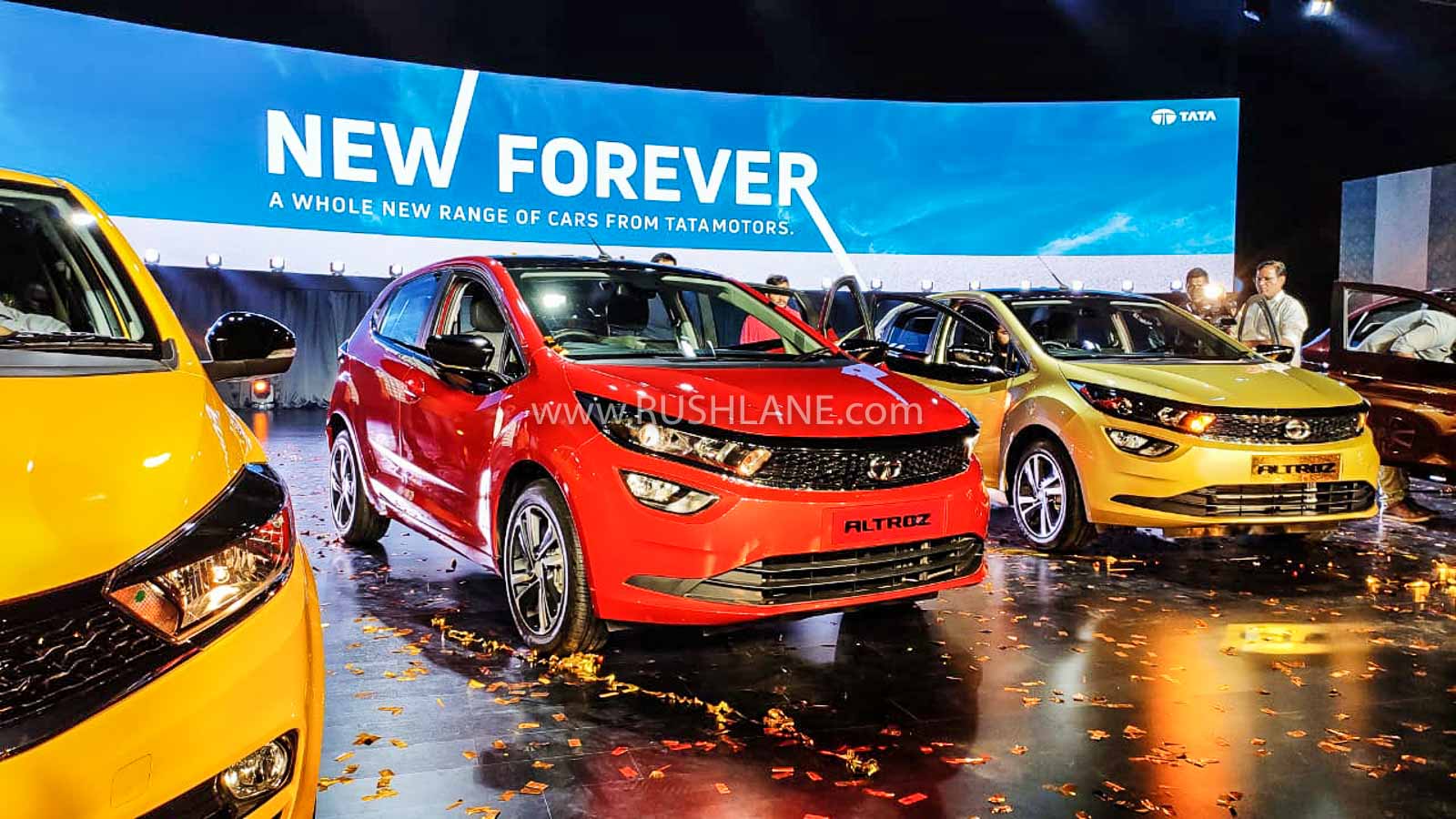 Jan 2020 saw Tata Motors launch five new cars. Of this, 3 were facelifts (Tiago, Nexon and Tigor) while 2 were completely new – Altroz and Nexon.

Tata Motors’ PV sales for January 2020 has declined 22 percent, down to 13,894 units from 17,826 units. While sales slowdown continues, the market is also dealing with process changes as the Indian auto industry prepares to transition to BSVI emission norms mandated from April 1, 2020. As such, manufacturing through the month has been adjusted to ensure BSIV stock can be reduced so as to not be left with dead stock in 2 months time.

Tata Motors Altroz was launched last month. The company says its new hatchback has a good order book in 10 days of launch, and the manufacturer is prepping for deliveries. Booking numbers have not as yet been revealed. Car manufacturers usually reveal booking numbers post the launch or even before the launch. Altroz and Nexon EV booking numbers are still a secret.

No doubt January 2020 has been a busy month for Tata Motors. Alongside the Tata Altroz launch, the company launched its BSVI portfolio, and there’s also the Nexon EV now. Obviously the transition to BSVI would have meant deferred buying decisions. Those waiting for a BSVI vehicle would have had to wait for the new range to launch, and with the new range now launched – sales are expected to increase.

In the meantime Tata Motors has been ensuring dealerships offer timely offers to ensure its remaining BSIV vehicles are dispatched in a timely manner. With all vehicles now BSVI compliant, Tata Motors’ stock of BSIV cars is low. The company finds itself well placed for BSVI transition. Though sales numbers have not yet been revealed in detail, Tata Motors says it has witnessed its highest ever sales of passenger segment EVs last month.

FY20 YTD PV sales is reported at 1,13,091 units at 35 percent sales decline, down from 1,74,223 units. While market slowdown continues to be an ongoing factor, the launch of a refreshed BSVI lineup is expected to breathe some life into sales performance. Just how positive that influence is will be interesting to observe over the next few months. Next week, at Delhi Auto Expo 2020, Tata H2X will be unveiled along with Harrier BS6 automatic and Gravitas SUV.