Launched as the Rs 1 lakh car, Tata Nano never managed to live up to its expectations – In spite of delivering everything it promised

Tata Nano has already been phased out by Tata Motors however some Tata enthusiasts continue to invest more on their prized possessions. One similar video of a Tata Nano owner has been uploaded on YT channel Team Auto Trend.

Vipraajeshng, the owner showcases his highly modified Tata Nano, which he has customized to look like the Tata Nano Megapixel edition. Majority of the modifications have been carried out at Nano Zone which is a car modification outlet in Coimbatore. Below is the detailed video explaining all the modifications.

Moving on to the modifications, at front, it is the headlamps which draw considerable attention. Modified Nano has added flexible LED DRLs which have been wrapped around the head-lamp housing. Owner added an internal switch for the DRLs as stock Nano doesn’t feature any DRLs at all. 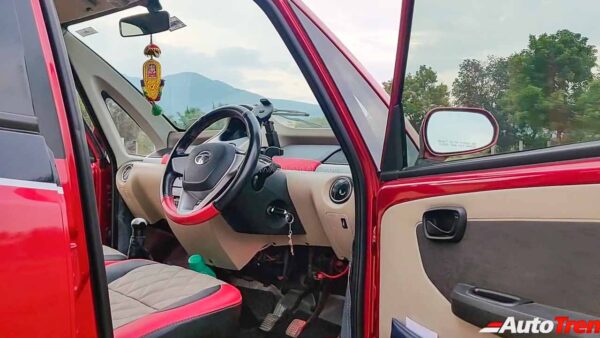 The owner has also changed the tyres and wheel setup and installed new 13-inch wheels and 155/65R13 Ceat Milaze tyres. He confirms that the wheels fit aptly and even the spare wheel can be safely packed inside the front bonnet (that is where the ‘trunk’ of the Nano is).

While the wheels are still traditional steel-rims, they are painted in glossy black and get stickers which make them look attractive. The owner claims that due to the modifications the ground clearance has gone up by a couple of centimeters and the ride quality too has improved. 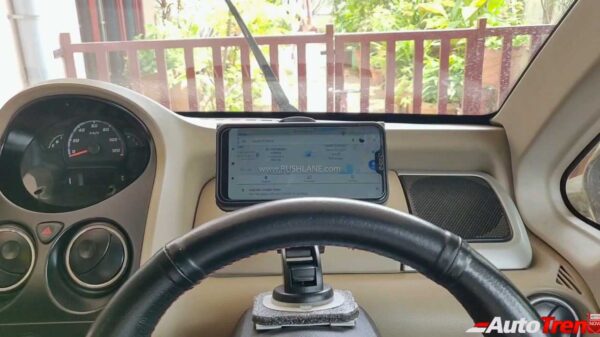 The roof has been blacked out which resembles most of the modern-day dual-tone cars. At the rear, the tail-lamps have been selectively covered with black and silver stickers to add to a dynamic look of the car. Traditional Tata Nano badging has been done away with and instead, a neat ‘Nano’ badge has been installed, which resembles the design language of the new-gen Tata cars.

On the inside too, multiple modifications have been done – like leather-wrapping, modified seat covers, mobile-phone stand, ambient lighting, upgraded glove box and much more.

Talking about the Nano, it was launched back in 2008 at a starting price of INR 1 lakh. It came powered by a 624 cc petrol motor which was mated to a 4-speed MT. While Tata had huge expectations out of the Nano, sales never picked up for India’s most affordable car. Even though sales figures weren’t supportive, Tata tried to continue with the production of the Nano till 2018.

However, Tata had to halt the production of the Nano in May 2018 due to serious financial viability concerns around the Nano project. But even today, there are many Nano owners and enthusiasts like Vipraajeshng, who love the car and will forever be surprised why this car failed.