Despite being a new entrant into the sub 4 meter compact SUV segment, Tata Nexon has managed to lead in sales over the Ford EcoSport for the past few months. Sales figures show that this new Tata Nexon has become a favorite among buyers in the country, however, in its segment it is still the Maruti Brezza that rules in terms of monthly sales figures.

Taking into account sales in September 2018, Tata Nexon sales stood at 4,297 units, way ahead of Ford EcoSport sales which were at 3,789 units. However, Maruti Brezza sales remained the highest selling compact SUV with sales of 14,425 units during the past month. 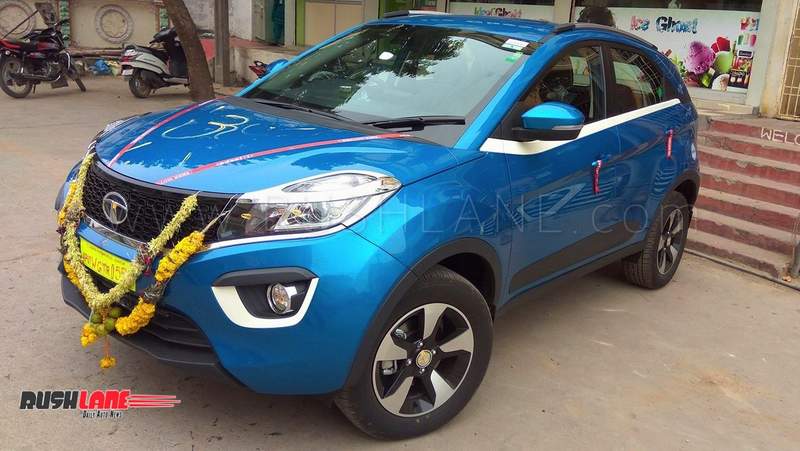 Ever since it was launched in September 2017, the Tata Nexon has found favor among buyers in the country. The company sells an average of 4,500 units each month. Tata Nexon has an edge over Ford EcoSport in terms of styling, features and efficient engine lineup.

Tata Nexon is also more spacious as compared to the EcoSport while its lower pricing is also a major attraction. The Tata Nexon AMT is priced from Rs 9.41-10.30 lakhs while manual variants are pried from Rs 6.15-10.59 lakhs. Tata Motors has also given the Nexon a very attractive design that makes it stand out in its class, while its extensive features are also a major attraction for buyers in this segment.