Nexon EV, even after the price hike, is the most affordable EV in the passenger vehicle segment 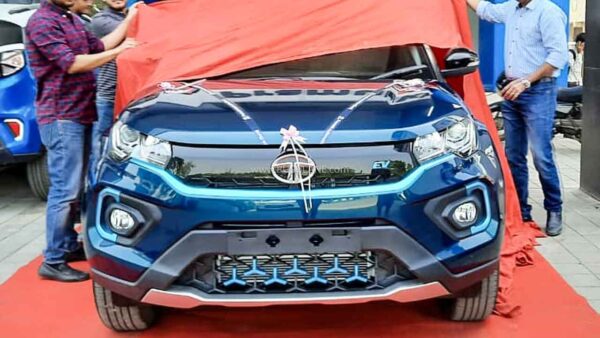 Tata Motors has increased the prices of its Nexon EV. The sole electric car on Tata Motor’s portfolio for normal consumers now costs Rs 26,000 more. It is to be noted that Tata Motors also retails the Tigor EV for fleet and cab operators in select cities.

The electric SUV is offered in three variants- XM, XZ+ and XZ+ Lux. However, prices have been increased for the top two trim levels only as the base XM trim’s remains untouched. After the price hike, the Nexon EV is offered at Rs 13.99 lakh, 15.25 lakh and Rs 16.25 lakh for XM, XZ+ and XZ+ Lux respectively. All prices are ex-showroom.

Tata Nexon EV is powered by the manufacturer’s Ziptron EV powertrain which consists of a 30.2kWh lithium-ion battery which sends power to an electric motor that has a rated output of 127 bhp and 245 Nm of peak torque. The battery pack comes with a standard 8-year warranty and IP67 waterproof protection. The company claims that the electric SUV can breach the 100 kmph from a standstill in just 9.9 seconds.

Nexon EV has a claimed range of 312 km but in real world, it translates to roughly to 170-180 km on a single charge. On using a DC fast charger, it can be charged up to 80 percent within an hour or so. Using a conventional wall charger, it takes 8-9 hours to rejuvenate the battery to 100 percent. The car is also equipped with an energy regeneration function.

As of now, it has only two rivals- Hyundai Kona Electric and MG ZS EV. However, both of these electric crossovers are a segment above Nexon EV. Its direct rival in the market will be Mahindra eXUV300, the concept of which was showcased at this year’s AutoExpo held in Greater Noida. The electric version of Mahindra XUV300 is expected to make its way to showrooms sometime next year.