Tata Nexon SUV sales have helped the company post a huge 28% increase last month. Now, the company has launched a limited edition Nexon called Kraz and Kraz Plus, just ahead of the Diwali festive season.

Pronounced as ‘craze’, there will be two variants on offer – Kraz and Kraz+. Kraz launch coincides with Tata Nexon’s first birthday, and it is a way for the automaker to celebrate the model’s growing popularity. Tata recently achieved the significant milestone of producing 50,000 units of Nexon within a year of its launch. 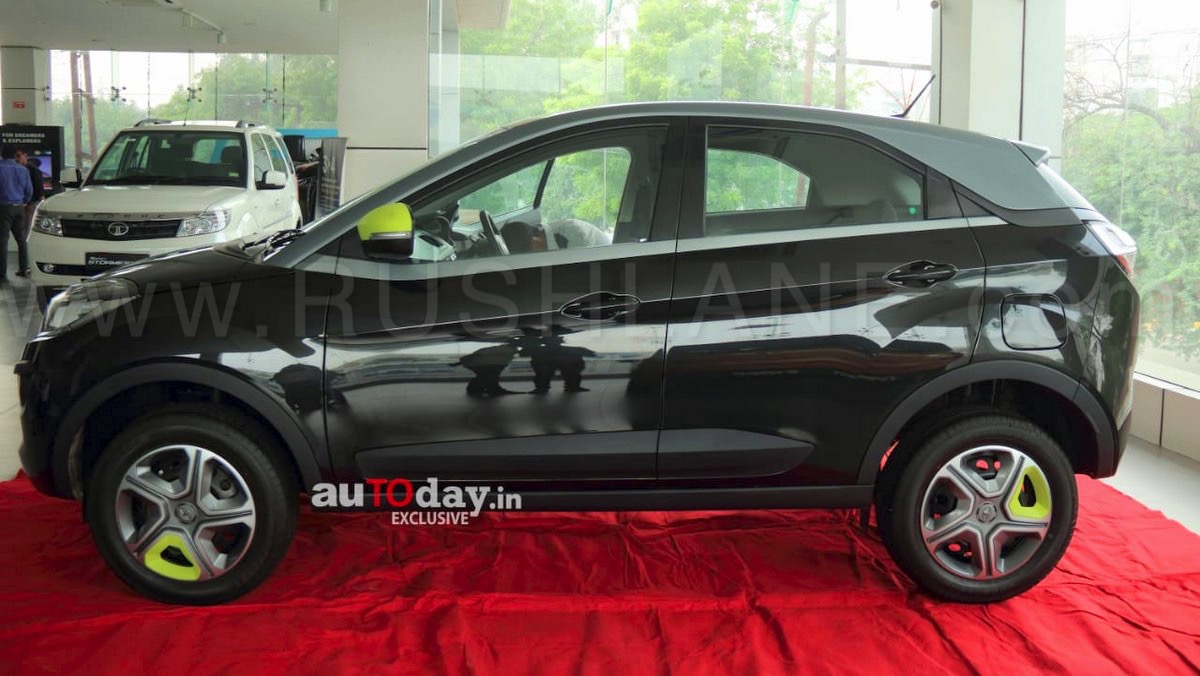 Limited edition Kraz and Kraz+ are based on Nexon’s XT trim. One of the prominent design features that make Kraz stand out is the neo-green accents that has been used on exteriors as well as interiors. It’s there on the ORVMs, wheel covers, front grille, dashboard, and the upholstery.

Neo-green looks neat and sophisticated when combined with the contrasting Tromso Black exterior colour, which is another major distinguishing feature in Kraz. Interiors are also done in contrasting piano black that can be seen on the seats, dashboard, doors, console, air vents, and steering accents. The centre console also has the Kraz badging. Update – Watch the Tata Nexon Kraz first look video review below.

Since it is based on XT trim, new Tata Nexon Kraz limited edition will not have the touchscreen infotainment system. However, it comes with various other premium features such as automatic climate control, rear air vents, cooled and illuminated glove box, security alarm, roof rails, shark-fin antenna, and boot lamp.

Kraz will be an entirely factory-fitted limited edition of Nexon and it will be available in both petrol and diesel variants. Superior styling is the primary distinguishing factor of Kraz, as it sets a new trend with its neon inspired design.