For the first time in decades, Indian Army decided to chose a different vehicle, other than their trusted Maruti Gypsy. They released a tender and invited bids from car makers across the globe, to provide them with a SUV that can withstand their test.

After months of testing and talks, it was finally announced that Tata Safari Storme 4×4 had won the bid. Today, there are about 35,000 Maruti Gypsy with Indian Army. Slowly, these will be discarded and replaced by new age SUVs like the Safari Storme. 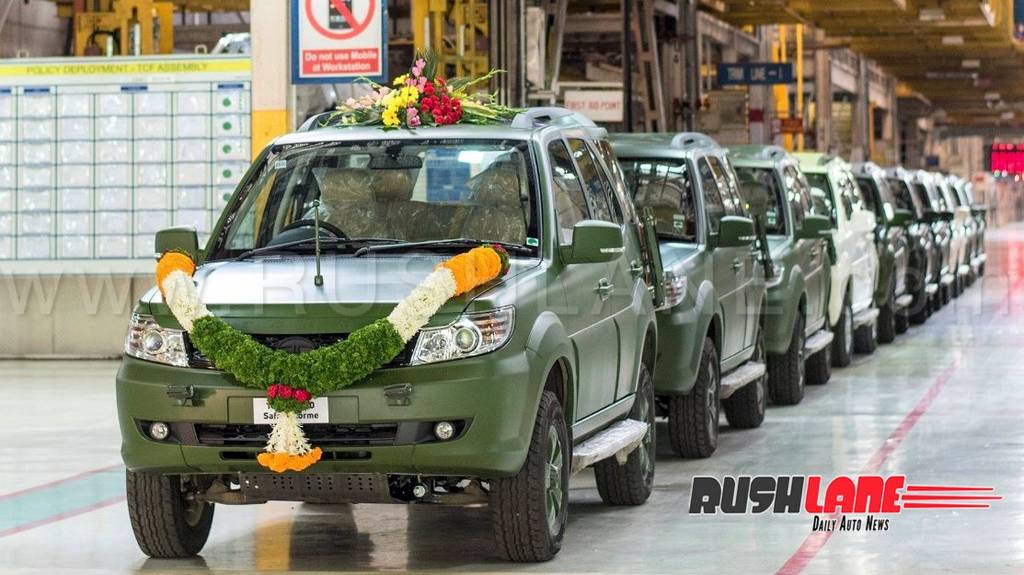 The continued faith bestowed by the country’s security forces in Tata Motors is a reflection of our pedigree & aspiration to serve the nations challenging requirements on the front lines. The milestone of rolling out the 1500th Safari Storme is the result of the absolute dedication of our workforce, while reiterating our commitment to support Government’s ‘Make in India’ initiative.” 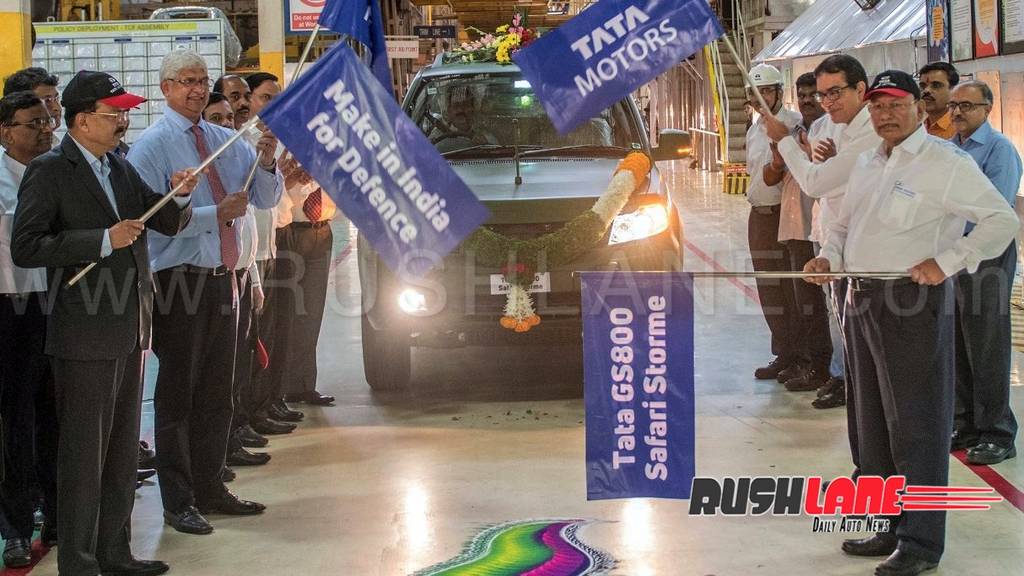 Developed by Tata Motors in India, the car reiterates PM Narendra Modi’s Make in India mission. Tata Motors has not revealed engine specs. But they did say that compared to the Maruti Gypsy, the Army-spec Safari Storme is powered by an engine that delivers 70% more power and 200% more torque. Civilian Safari delivers 154 hp and 400 Nm via the 2.2 liter Varicor 400 engine.

Tata says – “The Safari Storme GS800 is indigenously designed to meet the requirements of the Indian Army with a contemporary, highly reliable and sturdier Diesel SUV with robust features. The vehicle has undergone a total rigorous trial duration of fifteen months in varied terrains across the country, demonstrating its supreme performance, with a capability of coping with on-road or off-road terrains.