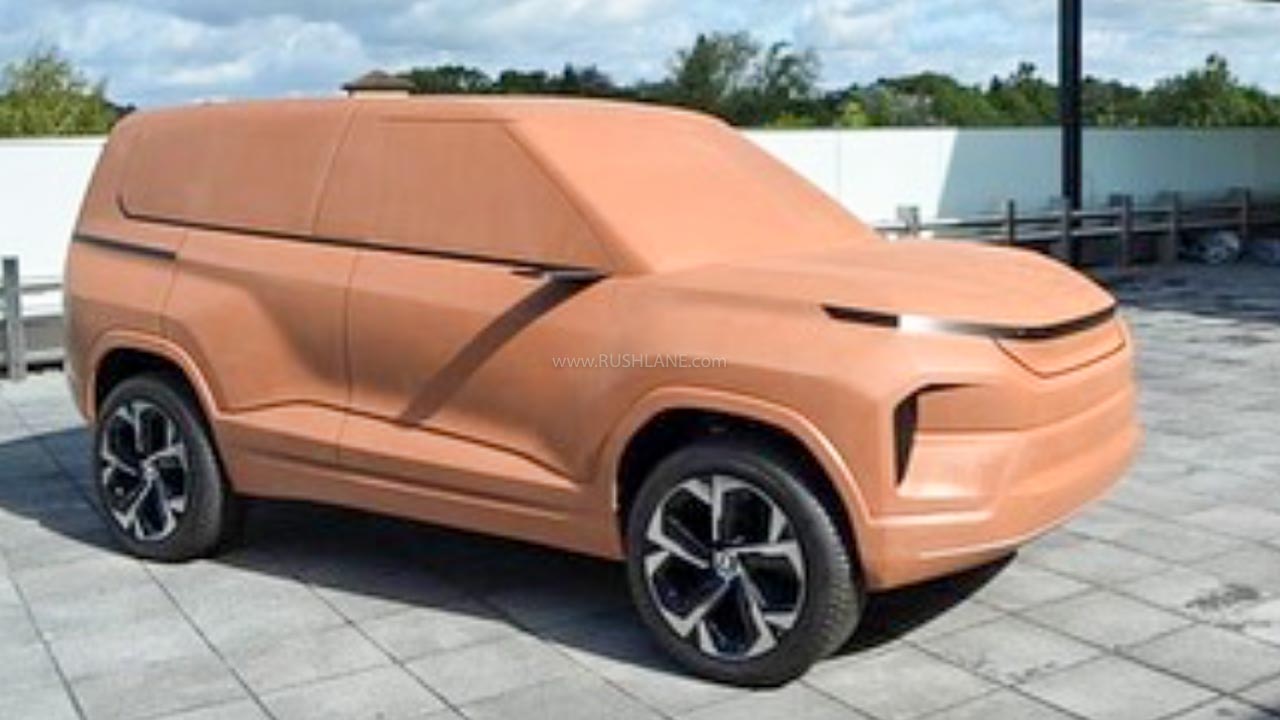 There is no official confirmation about the production version yet

The Tata Sierra Concept which made its world premiere at the 2020 Auto Expo received positive feedback from the general public, thanks to its great blend of nostalgia evoking design philosophy and modern elements. In his recent social media post, Tata Motors’ design chief Pratap Bose shared different stages of the SUV’s metamorphosis.

The Tata Sierra concept’s clay models were executed by the UK-based Envisage Group Ltd. As you can see, the only production-spec feature of the preliminary clay model was the wheels. At this stage, the design team set a firm direction as far as the basic boxy shape is concerned but finer details and surfaces have not been defined clearly.

The second clay model is characterized by well defined sheet metal surface design, production-oriented ORVMs, roof rails and the dual-tone color theme. Once the refined design has been locked in, the team then set out to fabricate the show car that vowed the audience at the Auto Expo.

The Tata Sierra concept derives the inspiration for its three door configuration and massive rear glass panels from the original car which is fondly remembered by enthusiasts even now. What’s impressive is, the design team has successfully managed to integrate the brand’s IMPACT 2.0 design language while also retaining the original Sierra’s core character.

Tata Motors has not said anything about the possibility of the Sierra concept spawning a production version but given the current penchant for SUVs, it would be a shame if the iconic nameplate is not revived.

If Tata Motors decides to green light the Sierra for production, it is likely to slot itself in the sweet spot between the Nexon and Harrier to take on the likes of Kia Seltos and Hyundai Creta. In order to mount a proper assault against its formidable rivals, the Sierra would have to be a regular five-door model with decent space and well equipped interior.

Tata Motors’ modular ALFA platform which also caters to the Altroz appears to be the right architecture for the production-spec Sierra SUV. A pumped up 1.2-litre or even a 1.5-liter turbocharged petrol engine (to be introduced in the Harrier soon) would give the stylish SUV enough power to make a strong case for itself.

If the Tata Sierra becomes a reality, then the Indian automaker will be having a comprehensive SUV lineup spanning various price and size segments.